There Is No Scramble for the Arctic

Climate Change Demands Cooperation, Not Competition, in the Far North 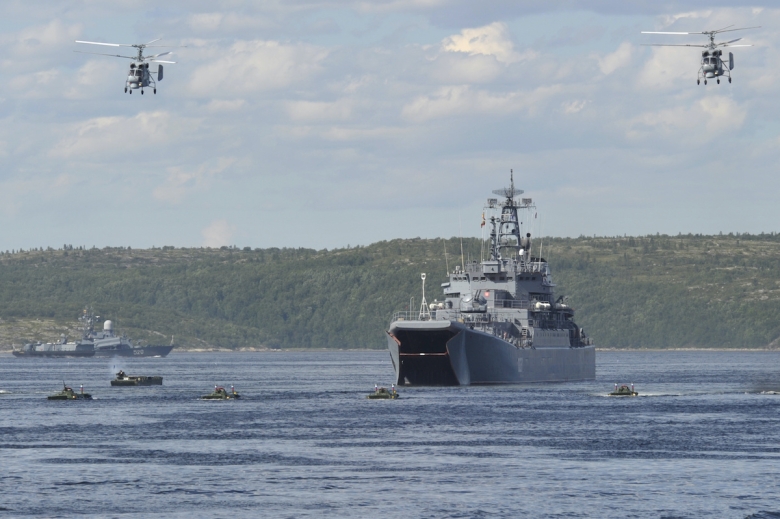 The Arctic is so remote, so cut off from the rest of the world, that at times it appears to defy the normal rules of politics. Relations between the United States and Russia, for example, have been deteriorating for years. Recently, the two countries have clashed in practically every geopolitical arena around the world-except, it seemed, in the Arctic. At the Arctic Council, the region's main diplomatic forum, Washington and Moscow have worked side by side. Together with the council's other members, they have agreed on the need to protect the region's fragile ecosystem and established protocols to ensure that its abundant natural resources are developed for commercial use in an ecologically responsible fashion. And in the decades following the end of the Cold War, they both scaled back their military presence.

Now, that spirit of cooperation is fraying. As the Arctic's icecap melts away, new trade routes are emerging and with them a set of new security challenges. Over the past several years, Russia has rebuilt its military presence along the Northern Sea Route-the newly accessible shipping lane that runs from just east of Norway all the way to the Bering Strait-in order to ensure safe passage for container ships, counter smuggling and other illicit activities, and defend several thousand miles of northern border left unprotected by the retreating ice. Throughout the region, Moscow is enhancing its military capabilities. In 2014, Russia created a new military district with responsibility for the entire Arctic region, stretching from the Atlantic Ocean to the Pacific Ocean, and in 2017 it began to build a small fleet of icebreaking vessels equipped for antisubmarine warfare, although the ships will not enter service for several years. Russian strategic air patrols off the coast of Alaska, which resumed back in 2007, and their routine interception by U.S. military jets have also drawn more attention recently as suspicions of Russian intentions mount in Washington. NATO, meanwhile, has voiced concerns about increased Russian submarine movements near the so-called GIUK (Greenland, Iceland, United Kingdom) gap, a naval chokepoint in the North Atlantic.

Partly in response to all this activity, the United States is rebuilding its own military capabilities in the region, which have atrophied since the end of the Cold War. Besides tracking Russian submarines near the GIUK gap, Washington has stepped up its strategic air patrols off the coast of Siberia to probe Russian defense systems and gather other intelligence. The Trump administration also plans to build a fleet of icebreakers to carry out what it has referred to as "national and economic security missions" in the Arctic. Additional investments will likely be necessary down the line, both to police commercial activities along the Alaskan coast and throughout the U.S. exclusive economic zone and to defend the country's commitment to freedom of navigation in the polar region.

Neither side's actions are necessarily aggressive in nature, nor do they portend an impending geopolitical fight over who controls the region. In fact, Russia's military buildup has taken place solely in areas where its legal authority is undisputed. Submarine and aircraft activity near the GIUK gap and off the Alaskan coast is a part of Russia's global strategy to deter potential military attacks and not focused on the Arctic per se. Much the same is true of U.S. actions in and around the region.

At a time of deepening distrust between the United States and Russia, however, the danger is that even actions taken for legitimate security reasons could spark unnecessary geopolitical tensions. Hard-liners in both countries, intent on inflating the threat, are already painting a picture of the Arctic as a site of intense geopolitical competition, and because the overall state of U.S.-Russian relations is so dismal, they are gaining traction. It is not difficult to imagine an incident that would further reinforce their views. Russia, for example, considers the Northern Sea Route to be within its territorial waters, whereas the United States maintains that the passage is in international waters. Should Washington insist on carrying out freedom-of-navigation exercises there (as it did in May in the Barents Sea, at the western end of the maritime route through Russian waters), a standoff with Russia, even a military clash, might ensue.

The growing suspicion on both sides is not dangerous just in its own right. It could also impede cooperation in areas where U.S. and Russian interests still align-chief among them the environmental problems that climate change has created in the Arctic. Russia, in particular, has its work cut out for it. Last year, a report by the Intergovernmental Panel on Climate Change warned that thawing permafrost, which can lead normally frozen ground surfaces to melt and collapse, threatened to inflict serious damage on several Russian oil and gas facilities in the Arctic that together account for 45 per cent of the country's production capacity. An assessment by the Arctic Council in 2017 came to similar conclusions. Sure enough, this June, a large storage tank filled with diesel fuel collapsed after thawing permafrost caused its foundation to sink. The accident caused an Exxon Valdez-sized oil spill that has spread to the nearby Lake Pyasino and possibly the Pyasina River, which flows into the Arctic Ocean.

Newer Russian oil and gas facilities are equipped to withstand permafrost melting with so-called thermosyphon systems, which keep the ground surrounding the facilities frozen and are used throughout Alaska. But many of Russia's aging processing facilities, tanks, and pipelines have not been updated for the changing conditions. After the oil spill in June, the Kremlin ordered companies to take remedial action, but with oil prices low, it is unclear how firms can finance and implement improvements in a timely manner. Russia's oil industry, hit hard by the coronavirus pandemic, is struggling just to maintain its planned normal annual expenditures, and the virus has restricted the activities of oil and gas work crews across the region.

Wildfires are another major concern. Last year, multiple blazes raged along the Arctic Circle in Alaska, Canada, and Greenland. In Russia, fires burned through an area larger than Belgium. After a historically warm and snowless winter throughout the region, this year could be even worse. The fires accelerate permafrost thaw, damage glaciers, and release substantial quantities of carbon dioxide, making them far more than a regional problem. Last year, U.S. President Donald Trump offered Russia assistance with its wildfires, but Russia declined, largely out of national pride: Russia could take care of itself. (The United States, for its part, declined a similar Russian offer during the California wildfires of 2018.)

Both the permafrost thaw and wildfires could be much better managed if Arctic states did more to help one another. U.S. and European companies could provide technical assistance to the Russian oil and gas sector as it upgrades its infrastructure. Western governments could allow Russian companies access to public and private funding for climate adaptation and environmental remediation programs. Western sanctions against Russia currently forbid such assistance, but the sanctions could be tweaked to exempt climate-related cooperation and environmental cleanups-initiatives that would be in the interest of Arctic countries and beyond. In addition, cooperation on environmental issues could help build the trust needed for Washington and Moscow to address more sensitive issues, including security arrangements for the region.

The Arctic Council could offer a useful multilateral forum to hash out environmental and development cooperation, provided its mission is broadened accordingly. Through a future treaty, the council's members (which could include new members down the line) could promote a multilateral approach to accident prevention and response, wildfire management, and other climate-related regional issues. Security arrangements, however, lie beyond the mandate of the council and would thus require a new forum. The Arctic littoral states (Canada, Denmark, Norway, Russia, and the United States) could form the core of these new discussions. But they would need to include others-China, notably, has aspirations to mine Arctic resources for its own use. The most urgent goal would be a code of conduct to regulate military activities in the region and reduce the risks of incidents escalating into armed conflict. The United States could work together with its Arctic regional allies to broach a dialogue with Russia, and possibly China, on how to get there.

The Arctic might seem a peripheral issue in U.S.-Russian relations. But it is one where small steps are enough to preserve mutually beneficial cooperation and head off efforts by hard-line forces in both countries to turn it into a region of dangerous geopolitical competition. Russian leaders have said that no breakthrough to more constructive relations, such as the reset of the early Obama administration years, is possible under current circumstances but that they are ready to take small steps to put relations on a more productive footing. The United States should test that proposition, and there is no better place to do so than in the Arctic.

This article was originally published on ForeignAffairs.com.