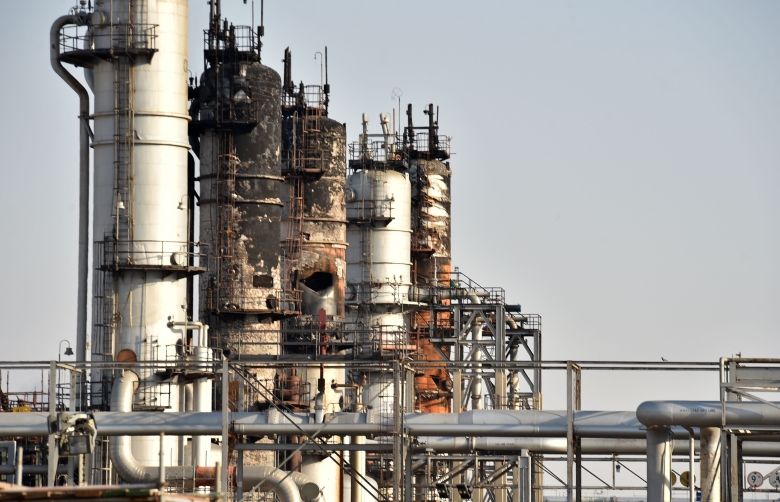 It feels like we are entering unchartered waters in the Middle East.  If there were rules or norms that seemed to limit what actions state would take against their neighbors, those seem to be gone.  True, Iran’s use of non-state proxy militias had already fuzzed the boundaries of the kind of threats that could provoke responses both regionally and internationally because they were so dangerous.  At this point, especially after the attack on Abqaiq, it is not clear what kind of attacks will produce very strong responses.  That uncertainty and the potential for miscalculation are becoming even greater as the perception grows of the Trump Administration’s reluctance to maintain long-standing American stakes in the security of region.

Consider the signal President Trump sent when in June he declared that since we did not get our oil from the Gulf, it was up to those who do—and not the United States--to assume principal responsibility for safeguarding the flow of petrochemicals from the region.  In doing so, he reversed the Carter Doctrine declared in January 1980, in which President Jimmy Carter announced that the US had a vital national security interest in the Gulf and would act to protect our interests and partners in the region.   Every president since that time embraced that doctrine—but clearly President Trump does not.  Together with his avoidance of military—overt or covert—responses to Iran’s shooting down of an American drone and its launching an attack against critical Saudi oil facilities, he is making clear that our security interests are much more limited.  Small wonder that Iran feels emboldened.

It is not only that Iran feels emboldened in the region; it feels it has a license to act against its neighbors and need not worry that American response will respond to its provocations.  It no longer respects an American umbrella of deterrence over its friends in the area.  Moreover, given the president’s desire to do a deal, Iran’s leaders increasingly believe that their counter-pressure against Trump maximum “economic” pressure will get him to back off.  Indeed, his reported readiness to agree to French President Macron’s four points—points that have President Trump agreeing to remove not only the sanctions re-imposed at the time he withdrew from the JCPOA, but to sanctions adopted in 2017, is one indicator of Trump’s readiness to ease the tensions and relax the financial pressure on Iran.  Ali Khamenei, Iran’s Supreme Leader, foreshadowed Iran’s confidence and looming steps when he stated in May that the US was trying to use economic pressure to weaken the Islamic Republic in order to have it return to the negotiating table and concede more.  He not only declared this would fail, he said the Islamic Republic would exert its own “leverage”—and since that time we have seen it covertly attack oil tankers on two separate occasions, have its proxy militias in Iraq fire on bases north of Baghdad where US forces are located, have the Houthis use drones to attack pumping stations and civilian airports in Saudi Arabia, ready a drone attack into Israel that the Israelis pre-empted, and, of course, conduct the drone and cruise missile attack against a Saudi oil facility that accounts for 5.5% of the world’s oil supply.

In speaking to the annual meeting of the IRGC leadership on October 2, the Supreme Leader was supremely confident, declaring that the American “maximum pressures” campaign was ineffective, had failed to bring Iran to its knees and would never be able to do so.  Not only could Iran handle the pressure, but it was the US that was facing problems, so much so that America’s policies were inflicting “problems” on itself.  If nothing else, Iran’s “active measures” as one Iranian observer describes them are affecting the US—and the Iranian decision to turn down Macron’s points indicates that the Supreme Leader feels no particular need to defuse tensions now.

According to French officials, Rouhani accepted the content of the four points—requiring Iran to come back into compliance with the JCPOA, accept talking about a long-term framework on the nuclear issue, and agree to avoid conflict in the area in return for getting the sanctions dating from 2017 lifted and being able to sell its oil and repatriate the revenue with no restrictions.  These points require little of the Iranians: they have said they would come back into compliance with the JCPOA’s limits if the sanctions were lifted; they speak of reducing regional tensions; and they say that ratifying the Additional Protocol is part of the longer-term framework for the nuclear question—none of these require any real concessions are their part and in return the sanctions are lifted.  The more interesting point is that the Iranians would not agree to the meeting Macron was brokering—which is what President Trump wanted—because Rouhani was insisting that Trump lift the sanctions in advance of the meeting and the president only wanted to do it afterwards.

If that is the real reason that the four-point understanding was not finalized, a deal will probably be worked out soon.  It is not hard to contrive parallel acceptance and implementation.  Perhaps, there were other reasons—either Trump was not truly ready for such an understanding or maybe Khamenei was not ready to take the pressure off of the Administration yet.  The danger here is that the Iranians may yet overplay their hand and provoke Trump at a time when he is facing domestic internal pressures as well.

It is in everyone’s interest to see tensions truly defused.  But it is also necessary that the Iranians understand that the current uncertainties in the region can also be a danger for them; that they are not as strong as they may think they are and that rather than continuing to try to ratchet up pressures, it is also in their interest to tone them down.  The Supreme Leader may think that sanctions will ultimately make Iran more self-sufficient—an objective he has consistently emphasized over the last twenty years.  The truth is that Iran’s economic hardships only deepen the disaffection within the country and hold it back.

What makes the current situation so dangerous is it takes just misstep for there to be a wider conflict in the region—and the Iranians would not be immune to consequences of such a conflict.  Better to be wise now and not sorry later.