Turkey Begins Second Wave of Operations against PKK in Iraq 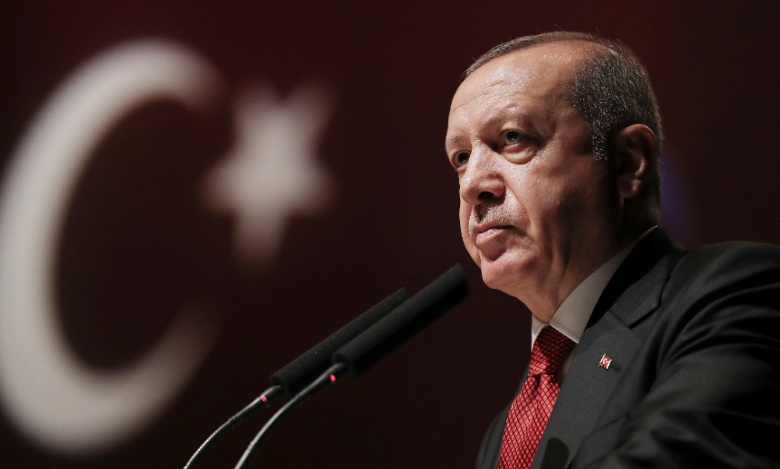 In this photo taken on Friday, July 5, 2019, Turkey's President Recep Tayyip Erdogan speaks during a meeting in Istanbul. (AP)

Turkey's defense ministry says it has launched a new military operation against Kurdish militants in northern Iraq.
The ministry, in a statement Saturday, announced the start of "Operation Claw-2" to destroy caves and shelters used by members of the Kurdistan Workers' Party, or PKK, in the Hakurk region. It said the operation began late Friday with commandoes, air strikes, and artillery.
The PKK began an insurgency against Turkey in the mainly Kurdish southeast in 1984 and the conflict has killed tens of thousands of people. Turkey, the United States, and the European Union consider the group, based in the Qandil mountains of northern Iraq, a terror organization.
Turkey's first "Claw" operation began in May.