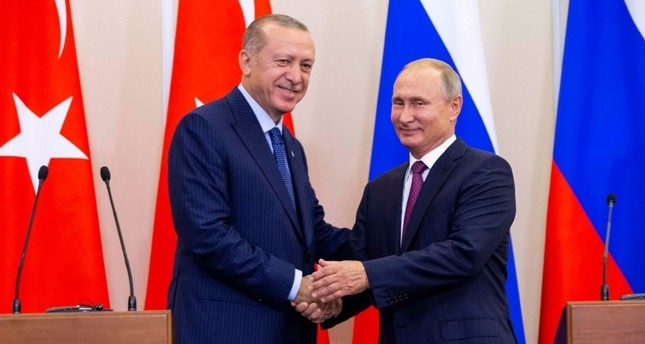 Turkey’s fraught relationship with the United States has been in a downward spiral for years. Divided over an ever-lengthening list of issues, from Turkish President Recep Tayyip Erdogan’s authoritarian turn to the United States’ refusal to extradite a Pennsylvania-based cleric accused of trying to overthrow the Turkish government, the putative allies are increasingly at odds. Yet there is still a widespread belief among U.S. policymakers and national security professionals that despite the superficial hostility, the Turkish national security elite continues to view the United States as an indispensable ally. Ankara cannot secure its national interests without working with the U.S.government, or so the thinking goes.

But since the U.S. invasion of Iraq, which paved the way for a more assertive Kurdish regional government, Turkey has viewed the United States as a destabilizing force in the Middle East. U.S.support for Kurdish militias in Syria has cemented that view in Ankara, driving Turkey into Russia’s arms and raising questions about the country’s commitment to NATO. For proof of how little faith Turkey places in Washington these days, look no further than its plan to acquire Russia’s advanced S-400 missile defense system.

Last month, the Pentagon warned that purchasing the Russian system would cost Turkey its place in the U.S.-led F-35 fighter jet program. As a member of the international consortium that funded the F-35’s development, Turkey is slated to receive 100 of the jets, and it had planned the future of its air force around them. But the S-400 is designed to defeat U.S. stealth technology, and the United States worries that it could be used to collect valuable intelligence on the fifth-generation fighter jet—intelligence that could end up in Moscow’s hands when Russian technicians inevitably maintain parts of the system. The United States has already grounded Turkish pilots training on the F-35 at bases in the United States, and once the S-400 arrives in Turkey, the country will be removed from the F-35 consortium and barred from receiving the aircraft it helped to finance.

But Erdogan has refused to submit to U.S. demands, making clear that the agreement with Russia will be honored. In so doing, he has made a political choice, signaling to all who will listen that Turkey is willing to forgo cordial relations with Washington in favor of functional relations with Moscow. There is a clear logic to this approach. By adopting a more neutrally aligned foreign policy, Erdogan and his ruling Justice and Development Party (AKP) seek to advance a narrower conception of Turkey’s national interest, one they believe is served by closer cooperation with Russia on key economic and security issues. While that is unlikely to mean a wholesale embrace of Moscow at Washington’s expense, it does mean that Turkey no longer views the United States as an indispensable ally.

The Turkish-U.S. alliance was originally forged out of shared concerns about Soviet expansionism after the end of World War II. Turkey’s proximity to the Soviet Union made it an ideal partner for American efforts to monitor its Cold War adversary and, in the event of war, to tie up Soviet divisions in Bulgaria and Armenia. In return, Turkey received a security guarantee from the United States, which based nuclear weapons throughout the country to stave off a Soviet attack. But in the three decades since the end of the Cold War, the United States and Turkey have struggled to define shared interests. This gradual divergence accelerated after the United States invaded Iraq in 2003 and toppled Saddam Hussein, creating a power vacuum that was partly filled by the regional government in Iraqi Kurdistan. Kurdish officials, with U.S. support, codified the independence of their governing institutions, unnerving Turkish national security elites who view Kurdish nationalism as an existential threat. Ankara has battled Kurdish separatists for decades, and it worries that Turkey could splinter along ethnic lines if its significant Kurdish minority is emboldened.

Things only got worse with the outbreak of war in Syria. Ankara sought to marginalize the Syrian Kurds, who in early 2012 took control of the border regions where they are a majority. Initially, Turkey tried to co-opt the dominant Kurdish rebel group, the Democratic Union Party(PYD), and subordinate it to the broader, Turkish-backed insurgency against President Bashar al-Assad. The PYD and its associated militia are the Syrian branch of the Kurdistan Workers’ Party (PKK), a separatist insurgent group in southeast Turkey that both the United States and Turkey regard as a terrorist organization. By bringing the Syrian Kurdish fighters into a larger anti-Assad effort over which it held considerable sway, Ankara hoped to prevent the emergence of a Kurdish-administered proto-state under the sway of the PKK and ensure that Syria retained a strong central government.

For a time, these efforts didn’t put Ankara in direct conflict with Washington. In fact, Turkey tried to persuade the United States to use military force to topple Assad or, at the very least, to deny his regime access to the northern part of the country. Turkey was aggressively cultivating what it hoped was a Syrian government in waiting, and it was happy to enlist the United States to install that government in power. Ultimately, Turkey failed to manipulate U.S. firepower to its benefit, and its policy of turning a blind eye to jihadist rebel factions in northern Syria ultimately put it on a collision course with Washington.


Ever since 9/11, the United States has sought to deny safe haven to jihadist groups. But the American public has grown weary of extended, resource-intensive operations such as the wars in Iraq and Afghanistan, and Washington has come under mounting political pressure to work through local proxies instead of directly committing U.S. forces. With the emergence of jihadist-allied rebel groups in areas along the border, the United States chose to advance its limited counterterrorism goals with a different partner: Syrian Kurdish militias, the choice of which sent a clear signal to Ankara that the United States would place its own national security interests ahead of Turkey’s. Ankara returned the favor, invading northern Syria on two different occasions, in 2016 and 2018, with the aim of pressuring the United States to cut ties with Syrian Kurdish militias and preventing the formation of an autonomous Kurdish entity along the border.

As U.S. and Turkish interests in Syria diverged, Ankara began to reevaluate its traditional deference to Washington on other national security issues as well. For more than a decade, the ruling AKP had sought to reduce Turkish dependence on the United States and to establish the country as an independent, global power. Turkish policymakers, led by former Prime Minister Ahmet Davutoglu, promoted the idea of a post-U.S. Middle East in which the region would look to Turkeyfor leadership. Ankara was, in essence, making the case to the Turkish public that “decoupling” from the United States was in the country’s best interest. At first, this idea received considerable pushback from within the Turkish defense bureaucracy, but after nearly 17 years of AKP rule, during which time the United States antagonized Turkey by partnering with the Syrian Kurds, a large and growing share of the national security elite has turned against Washington. As a result, Ankara has been able to explore partnerships with other regional and global actors.

Ankara’s pivot toward Moscow wasn’t a foregone conclusion. Russia has a long history of meddling in Turkish affairs, using propaganda to interfere in the country’s elections, reportedly conducting cyberattacks on its infrastructure, and orchestrating the assassination of Turkey-based Russian dissidents. For much of the Syrian civil war, the two countries backed opposite sides. And yet, as Ankara detached from Washington, a closer partnership with Moscow became possible. The Turkish-Russian relationship is not a formal alliance, and at this point it is still weaker than Ankara’s relationship with Washington. Still, dynamics in Syria explain why Turkey is able to paper over its differences with Russia, while ties with the United States are in a far more tenuous state.

Ironically, Turkey’s cooperation with Russia came about only because Moscow successfully routed Ankara-backed proxies on the Syrian battlefield. After Turkey downed a Russian Su-24 bomber in November 2015, Russia focused its bombing efforts on the overland route Turkey used to supply proxies in northern Syria. Then, through the heavy bombardment of Turkish supply lines to Aleppo in late 2015 and early 2016, Russia cut off Ankara’s access to that city, which had been a focus of Turkish efforts to pressure Assad since the beginning of the war. The outcome effectively knocked Turkey out of the conflict, necessitating a downsizing of Turkish ambitions in Syria to a narrow focus on refugees and the Kurds. Ankara realized that it would have to work with Moscow to manage the flow of refugees from conflict-affected areas. It has done so by keeping the border closed and building camps inside Syria to house displaced people. But fighting in the border regions makes this harder to manage, so Turkey has leveraged its relationship with Russia to pressure Assad to limit the scope of combat operations in these areas.

At the same time, Russia has emerged as Turkey’s most reliable military partner in Syria, enabling Ankara to resume limited combat operations in the border regions that keep pressure on the Kurds without threatening Assad’s rule. Russia benefits from these operations because they heighten U.S.-Turkish tensions, which in turn heightens global tensions, since both countries are NATO members. Russia is also Turkey’s best avenue through which to influence an eventual peace settlement, and potentially even a new Syrian constitution, both of which would give Ankara an opportunity to frustrate Kurdish ambitions for self-rule in the northeast. Turkey, meanwhile, will likely have to oversee the surrender of opposition militias it has backed as part of any peace deal. This reality has given rise to a symbiotic Russian-Turkish relationship in which each side needs the other to settle the conflict.

All of this helps to explain Turkey’s embrace of the S-400. The terms of the deal for the missile system betray the political nature of the arrangement. Historically, Turkish defense procurement has prioritized technology transfer and localized production by Turkish subcontractors. Russia has refused to allow the transfer of any meaningful technology to Turkey, since Turkey remains a NATOmember and could therefore choose to share sensitive Russian technology with the alliance if relations with Russia sour. In this instance, Turkey has chosen to forgo its traditional procurement priorities while also risking the future of its air force in order to deepen its relationship with Moscow.

The loss of the F-35 won’t be the only immediate cost of Ankara’s new, more independent foreign policy. Washington has also threatened to impose economic sanctions on Turkey over the S-400 system and indicated that it will remain in Syria, where it will continue to work closely with the Syrian Kurds. But in the long run, Erdogan and the ruling AKP are betting that a neutrally aligned foreign policy will better serve their interests, both in Syria and with the Kurdish insurgency at home. Simply put, they don’t think their relationship with Washington is nearly as valuable as Washington seems to think it is.

This article was originally published on ForeignAffairs.com.