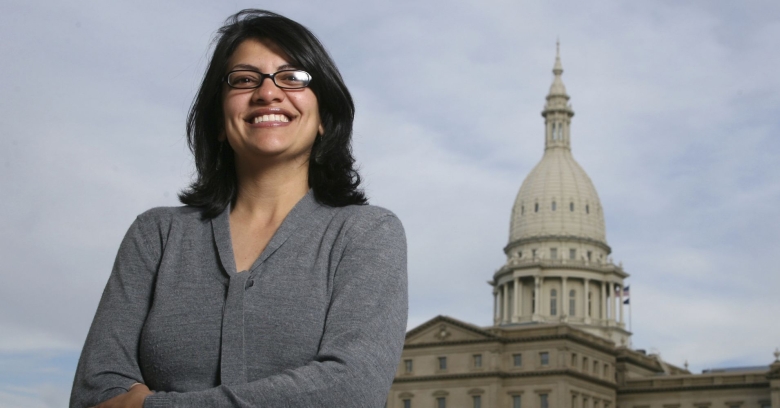 Much has been made of the historic firsts the election brought for Congress, with Muslims, Native Americans, Latinos, Asian-Americans and African-Americans winning key races along with more than 100 women.

But an even larger number of candidates could add to the diversity of state and local offices, with landmark wins in the 6,066 state legislative races held Tuesday, as well as local and municipal contests.
“There’s not as much attention to the state and local races, but those are the ones that could really make a difference,” said Sayu Bhojwani, the founder of New American Leaders, an organization that trains immigrants and their descendants to run as progressive candidates for state offices. “If we want a Congress that looks more diverse in 10 or 15 years, much of it begins with people who are first elected at the state level.”

Results are still being counted for dozens of state and local elections, although experts agree the final count will probably produce the most diverse state legislatures and local politicians in history. Most non-white and women candidates were Democrats or aligned themselves with other liberal political parties, but Republicans also made their mark on Election Day.

“We saw a record level of nominations for women in state legislative races,” said Kelly Dittmar, a political science professor at Rutgers University’s Center for American Women and Politics. Her group is still tallying results among the 3,389 women — 2,387 Democrats and 981 Republicans — who ran for state legislatures. But “we expect we will see increases in state legislatures nationwide, just as we have seen in Congress,” Dittmar said.

Here is a sampling of notable wins:

Women won gubernatorial races in nine states. They include incumbents in Oregon, Iowa, Rhode Island and Alabama, and newcomers in Michigan, New Mexico and Kansas. In Maine, Democrat Janet Mills will become the state’s first woman governor, and in South Dakota, Republican Kristi Noem will be the first women to lead the state. In Georgia, the race for governor between Democrat Stacey Abrams — who is vying to be the first black woman governor in the U.S. — and Republican Brian Kemp remains too close to call.

And for the first time, women will make up the majority of the Nevada State Assembly. Depending on the final vote tally, the full state Legislature could become majority-women, a first for any state in the country.

In Alabama’s most populous county, African-Americans were elected for the first time to major law enforcement jobs. Democrat Mark Pettway will become Jefferson County’s sheriff, and Democrat Danny Carr will become district attorney in the county that is home to Birmingham. Both ran on platforms that emphasized criminal justice reform.

In New York, Democrat Kevin Thomas will become the first Indian-American to join the state Legislature.

In Irvine, Calif., Farrah Khan won her election to be the first non-white woman on the City Council. Khan was born in Pakistan.