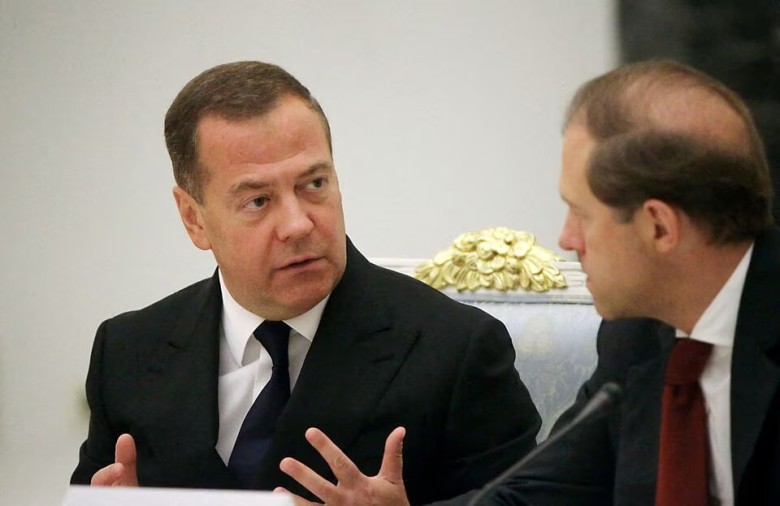 Deputy Chairman of the Russian Security Council Dmitry Medvedev and Deputy Prime Minister Denis Manturov attend a meeting of President Vladimir Putin with the leadership of the country's military-industrial enterprises at the Kremlin in Moscow, Russia, September 20, 2022. Sputnik/Konstantin Zavrazhin/Pool via REUTERS

Former Russian president Dmitry Medvedev hit back on Tuesday at Western reports that Russia is running low on missiles and artillery, saying Moscow's weapons stocks were enough to continue fighting in Ukraine.

"Our opponents are watching, they periodically make statements that we don't have this or that ... I want to disappoint them. We have enough of everything," Medvedev said during a visit to a Kalashnikov factory in Izhevsk, around 1,000 kilometers (620 miles) east of Moscow.

In a video posted on his Telegram channel, Medvedev was seen inspecting Kalashnikov rifles, artillery shells, missiles, and drones.

Ukrainian and Western military officials have said Russia is facing a shortage of arms after firing thousands of artillery shells and missiles at Ukraine since it invaded exactly 11 months ago.

Medvedev told officials during the visit that drones were in especially high demand for what Moscow calls its "special military operation" in Ukraine.

Both Russia and Ukraine have used drones in multiple attacks since the start of the war as they are relatively cheap, and precise and are seen as safer than manned aircraft.

Iran has supplied Russia with so-called "kamikaze drones" as well as surface-to-air missiles for the conflict, resulting in fresh Western sanctions on Tehran.

Medvedev, once seen by the West as its best hope for a rapprochement with Moscow during his time as president between 2008-2012, has become one of Russia's most hawkish pro-war voices.

After he stepped down as president in 2012 to make way for Vladimir Putin's return to the top job, Medvedev served almost eight years as Russia's prime minister before being sidelined at the start of 2020.

He is now deputy chairman of the powerful Security Council and last December became head of a new military-industrial commission to oversee weapons production to support the war. 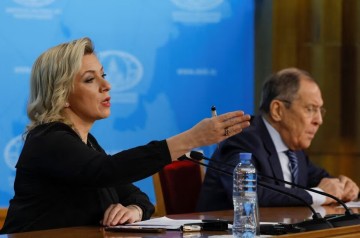 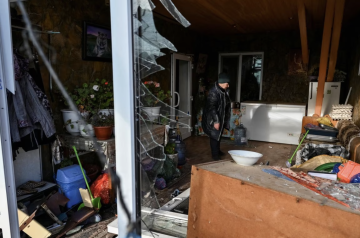 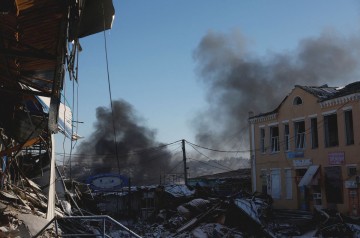