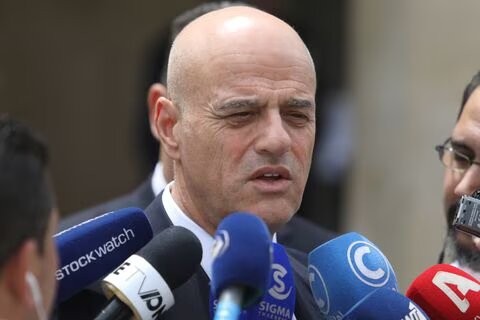 Italy can significantly increase its gas imports from Africa and transfer some of the supply to northern Europe if it boosts its infrastructure in the next few years, the CEO of energy group Eni (ENI.MI) Claudio Descalzi told several Italian papers.

Speaking from Algiers where he traveled with Italy's Prime Minister Giorgia Meloni, Descalzi said that Rome could already count on many connections with Africa including the TransMed pipeline linking Algeria to Sicily.

"We are the only ones to have a connection with Algeria... which has a capacity of about 36 billion cubic meters (bcm) of gas and is still under-utilized. There are still more than 10 bcm that can reach Italy," Descalzi told the Italian daily Il Messaggero.

Algeria last year emerged as Italy's biggest gas supplier, replacing a significant part of the 29 bcm of gas that previously came from Russia.

In addition to TransMed, Rome could also count on a pipeline coming from Libya and imports of liquefied natural gas (LNG) from Egypt, Angola, Congo Republic, and Mozambique.

"We have a connection with Libya that is now worth about 12-14 billion cubic meters in terms of capacity, which can go up with adequate compression additions of several billion," Descalzi told the paper.

Italy is also working at the option of doubling to 20 bcm the capacity of the Trans Adriatic Pipeline (TAP) that brings Azeri gas to Apulia in the southeast of the country.

Rome sees a role as a hub for supplies between Africa and northern Europe in the coming years to help offset the loss of imports from Russia.

"Our goal is to have an oversupply of gas in order to be able to bring energy to Northern Europe," the Eni CEO said, adding that Italy needed both to expand its domestic gas network and also develop energy corridors to Germany, Austria and Switzerland. 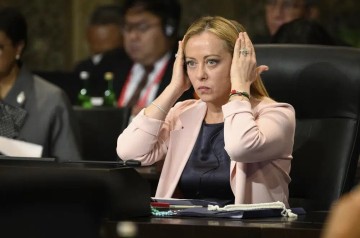 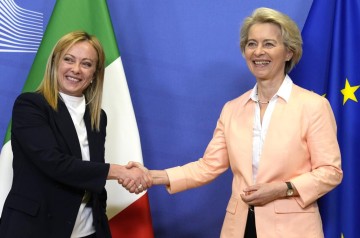 Italy’s Far-Right Leader Visits EU: “We Are Not Martians” 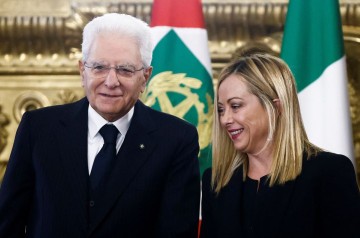 Italy's Meloni Sworn in at Head of Right-Wing Government