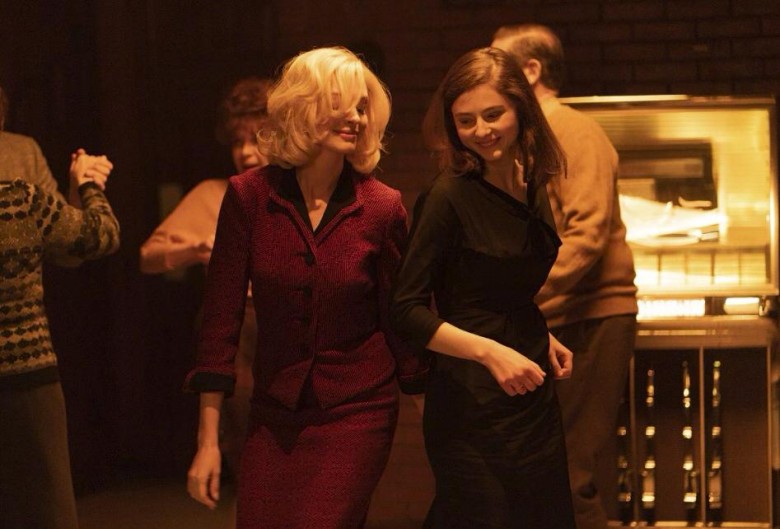 Eileen, the title character of Otessa Moshfegh’s debut novel, is a strange young woman with a vivid, sensual, and sometimes dangerous imagination. Her actual life, however, is anything but: She works a mind-numbing desk job as a secretary at a boy’s prison in Massachusetts in 1964 and goes home to a depressed, cruel father who seems content to drink himself to death. She is hopelessly lonely and a little bitter — that is until the arrival of a glamourous new employee, Rebecca Saint John, a Hitchcock blonde with a doctorate from Harvard, a taste for martinis, and a breezy Mae West confidence.

The moody, nourishing film adaptation of “Eileen” debuted on Saturday at the Sundance Film Festival with New Zealand actor Thomasin McKenzie playing Eileen and Anne Hathaway taking on the role of the enigmatic Rebecca.

As Moshfegh said in an interview Saturday in Park City, “Rebecca sort of sweeps and carries Eileen and the viewer away into something that is really kind of sticky.”

Moshfegh helped adapt her novel for the screen. Before work even began on the script, she, her husband Luke Goebel, and director William Oldroyd, behind the terrific “Lady Macbeth” with Florence Pugh, settled on an “eerily perfect shared vision” steeped in the genre but subverted with a contemporary character lens.

Though she knew the story and the characters by heart, when she and Goebel began writing the script, suddenly new dimensions opened up in characters like Eileen’s father Jimmy, who is played by Shea Wigham. The actors then added their own dimensions.

“I knew that were it to be made into a film, it would attract great actors because they would love to play these roles,” Oldroyd said. “And I haven’t met an actor who is as emotionally available and honest as Thomasin.”

As Eileen, McKenzie had to do a lot of heavy lifting in translating the largely first-person novel into a performance that wasn’t aided by an inner monologue or exposition.

“It’s such a masterful first person in the novel. That’s what makes adaptations of novels so difficult. But she just has it in her face,” Goebel said. “There were a lot of great actors who auditioned for the part. But she just had the gravity of this character in her bones. It would be a hard call for me to say if there was anything lost between the novel and her expressions, which is incredible.”

McKenzie came in as a fan of Moshfegh, having already read “My Year of Rest and Relaxation” and then “Eileen” and empathized deeply with the character’s longing and loneliness. She dreams of a bigger life, the possibility of which seems to open up to her in the form of Rebecca.

“I was very, very lucky that I had the book available to me to work with,” said McKenzie. “Her writing goes so deeply into that and the character’s inner monologue. And that was just gold for me because it gave me so much material to work with to really understand what it was like being in Eileen’s head. I think I’ve always been a bit of a stiller actor and I’m trying to feel more comfortable to be a bit more fluid and a little bit bigger these days. But in this situation playing Eileen it really worked because she is such an observer and I think she’s a bit too scared to make any big movements.”

Hathaway, on the other hand, needed to go big to play Rebecca, whose name is a nod to Alfred Hitchcock’s adaptation of Daphne du Maurier’s book. Moshfegh wanted her to be larger than life in the film, too.

“Rebecca to me represents someone, a woman who is undeniably brilliant, living during a moment in history where it’s quite dangerous to be a brilliant woman openly,” Hathaway said. “What we all kind of were going for was how would a brilliant woman both protect and empower herself in that time? That’s where a lot of the glamour comes in because she’s able to allow people to think what they want while keeping her private, fairly intense self, private.”

“For me, this is a film about triggers,” Hathaway added. “Throughout the course of the movie, that inner life balloons, it gets triggered and it comes out with some pretty extreme results.”

Due to COVID-19 protocols, Moshfegh and Goebel weren’t able to be on set during the filming, but they did get to tour Eileen’s house the day prior. It was a transportive experience.

“It was like walking into my imagination,” Moshfegh said.

“Eileen,” which is currently seeking a distributor, proved to be a bit of a freeing experience for all — for the actors to stretch and play, for Moshfegh to let go of the novel and let it be something else, for Oldroyd to have the freedom to make exactly what he wanted without intervention. It was, he said, true independence.

During a climactic scene, Hathaway even had an out-of-body experience.

“I had a moment wherein from within the scene, I left my body and observed it as an audience member and went, I have never seen this movie before,” Hathaway said. “Like, this is something completely new.” 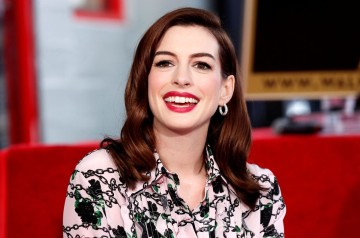 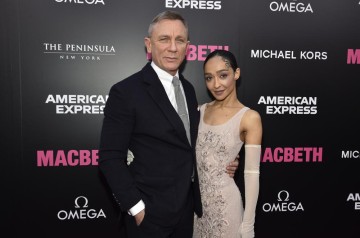 At ‘Macbeth,’ Daniel Craig, Ruth Negga On the Unspoken Word 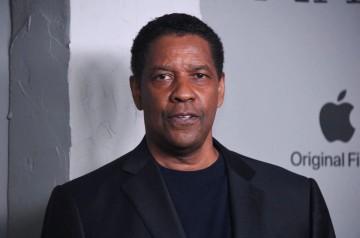