Kristersson: Turkey is asking for too much and some of its demands cannot be accepted by Sweden 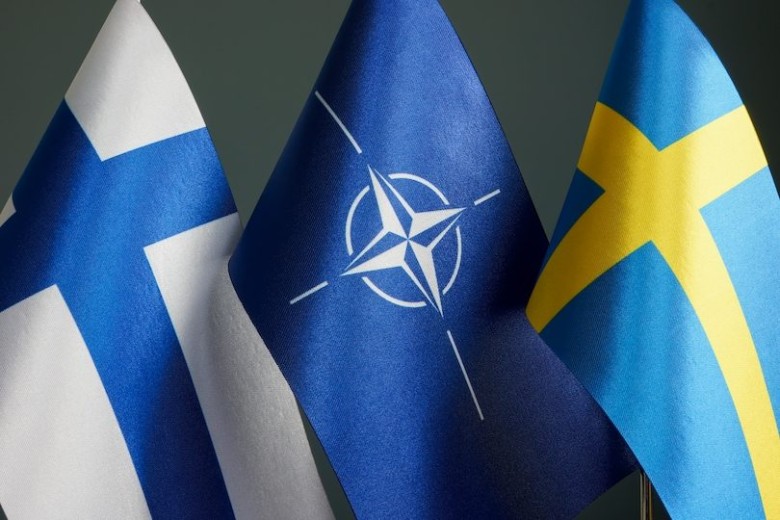 Turkey’s demands on Sweden in anticipation of membership in NATO, were on the top of agenda during the conference. Almost seven months have passed since both Sweden and Finland applied to join NATO on May 16, 2022. Two months later, on July 5, 2022, all NATO member states signed the Accession Protocol for them, except for Hungary, which is due to ratify the countries’ membership in early 2023.  Turkey is the only country threatening to prevent Sweden and Finland from joining.

Nonetheless, even with Hungary’s approval Sweden will continue find itself in a limbo with little prospect of becoming a NATO member any time soon.  Membership will be months, if not years away. The reason is that Recep Erdogan, the Turkish president, is constantly laying more and more demands on Sweden’s doorstep. “Turkey has confirmed that we have done what we said we would do, but it also says that it wants things that we can’t, that we don’t want to give them,” Kristersson said at Sälen.

Sweden has already made a number of concessions to Turkey, including distancing itself and cutting aid to the “People’s Protection Units” known as YPG, an armed Kurdish group based in Rojava (the Kurdish region in Syria). Sweden also lifted an arms embargo imposed on Turkey in 2019, following its military incursion into Rojava. In addition to stressing that it would work with Turkey to combat terrorism, Sweden has already shown its goodwill by extraditing a number of Kurdish and Turkish citizens to Turkey, allegedly involved in committing terrorist activities in Turkey.

At a subsequent press conference in Sälen together with Defense Minister Jonsson, the Prime Minister chose to clarify that NATO discussions between Sweden, Finland and Turkey are going "very well."   However, he told reporters, Turkey keeps adding new requests regarding issues that were not mentioned in the earlier agreement between the negotiating partners. PM Kristersson was referring to Turkey’s latest list of individuals it wants to see extradited from Sweden. This is the list on which Turkey has continually increased the number of people it wants extradited: first 33, then 45, then 73, according to unofficial lists published by media close to the Turkish government.

Kristersson made it clear to reporters that Swedish citizens will never be extradited to another country under any circumstances and that the law on extraditions is a judicial matter and not a political matter. The Turkish response to the Swedish PM’s position that Sweden “cannot accommodate some of their demands” came a few days later, on January 14. President Erdogan’s spokesman, Ibrahim Kalin, said that Turkish ratification of the countries’ NATO bids depended on how quickly Stockholm fulfils the “counterterrorism” promises it made as part of a deal with Ankara, warning that this could take months.

Support for Swedish NATO membership remains strong, according to a recent opinion poll conducted by the Swedish daily newspaper, Dagens Nyheter (DN). However, a very important takeaway from the poll is that Swedish voters totally reject any compromise of Sweden’s legal principles to appease Turkey.

The DN poll showed that 79% of Swedes want their government to stand up for the rule of law – even if that delays its NATO accession. 10% said Sweden should seek to join NATO as soon as possible even if it means compromising on its legal principles and 11% replied they are not sure.

The basic Swedish position is that extraditions are a matter for the judiciary and not for political horse trading. Swedish law applies and what is considered a terrorist crime in Turkey is not always seen the same way in Sweden. For example, on Wednesday, January 11, a life-size effigy of President Erdogan was put outside Stockholm City Hall. The Turkish government was furious and on the following day Sweden’s ambassador to Ankara was summoned. Turkey demanded the prosecution of those responsible for the incident.

Nicklas Källebring, an opinion analyst at Ipsos, said there remain strong convictions in the population that we should stand up for our legal principles.

Bülent Kenes is One of Ankara’s Key Demands

“No compromising on legal principles” to win Turkey’s ratification is also a position supported by the Swedish Bar Association. Back in November 2022, during a joint press conference with Sweden’s PM Kristersson in Ankara, Kristersson kept pressing Erdogan about which “terrorists” he wants Sweden to extradite. President Erdogan named Bülent Kenes as one of Ankara’s key demands in exchange for ratifying Sweden’s membership to NATO.

Bülent Kenes is the former editor of the Turkish daily newspaper Zaman. Turkey accuses him of being a “terrorist” and involved in a 2016 coup attempt to topple President Erdogan.

On December 19, 2022, Sweden’s Supreme Court ruled against the extradition, saying Sweden does not criminalize political views and adding there were “several hindrances” to send back Kenes. Judge Peter Asp said in a statement that some of the Turkish accusations against Kenes are not crimes in Sweden, which, along with the political nature of the case and his refugee status, render it impossible to the grant the extradition request.  Judge Asp added “There is also a risk of persecution based on this person’s political beliefs. An extradition can thusly not take place.”

In commenting on the court judgment, Swedish Foreign Minister Tobias Billström said, “If the Supreme Court declares that there are hindrances to an extradition in an individual case the government has to deny the extradition request.”  He continued and explained that, “We can’t speculate on any potential effects on the NATO accession. Sweden’s government has to follow Swedish and international law in extradition affairs, which is also laid out in the trilateral agreement.”

Kenes, who now works for the Stockholm Center for Freedom – an association founded by other Turkish dissidents in exile – expressed relief and said “It is not an unexpected decision. I have always repeated that I had 100% trust in the Swedish legal system and judicial system because Sweden has rule of law,” Kenes said, while stressing that the allegations against him were “fabricated”. He added, “I’m not a coup maker, I am not a terrorist. I am just a journalist. I am just a person doing his journalism in the framework of defending human rights.”

Defense Talks with the US

During the conference in Sälen, Stoltenberg did not directly reference Turkey’s block on the process. However, he said that he was “confident that we will soon be able to warmly welcome [Sweden and Finland] as full members of NATO.”  While Turkey continues to block Sweden’s aspirations to join NATO, the Swedish government has set in motion the negotiation of a new defense deal with the US, a move that has angered Ankara.

Swedish Defence Minister Pål Jonson said his country seeks “even closer cooperation with the United States both bilaterally and within the framework of NATO...” with a deal that “…makes it easier for American troops to operate in Sweden.”  Jonson added that “The aim is to get more effective and faster support from the US in crisis or war situations.”

During the Sälen conference, Stoltenberg signalled that regardless of the accession process, Sweden and Finland are already being treated as NATO members in a host of areas including the alliance’s defense clause.

The Turkish government seems to be content with the “progress” Finland made to meet Turkish security concerns.  However, the issue is far from concluded when it comes to Sweden. In a show of support to Sweden, Finland’s Foreign Minister Haavisto told reporters in Sälen that “Finland is not in such a rush to join NATO that we can’t wait until Sweden gets the green light.”

As a matter of fact, one should not bet any money that a Turkish ratification of Sweden’s NATO application is going to happen in the coming months. Firstly, Stockholm has made it clear to Ankara that it will not accept some of its demands. Secondly, there is also the issue of the timeframe for engaging in any meaningful negotiations. The Turkish presidential parliamentary elections are expected to take place in May. Without any doubt, President Erdogan will want to show to his voters that he will negotiate some great victories against those he labelled as “terrorists” before letting Sweden into the NATO family. Despite Turkey’s expanding demands on Sweden, Ulf Kristersson remains confident that he will secure his nation’s bid to join NATO. No one seems to know for sure when this will happen, but one thing is certain – Sweden will not be a NATO member when NATO leaders meet in Vilnius in July 2023

Majalla reached out to Mr. Bülent Kenes and the Stockholm Center for Freedom for a comment but none was received. 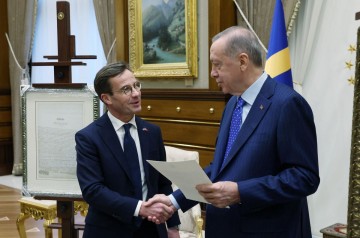 Sweden’s Accession to NATO is Still Blocked by Turkey 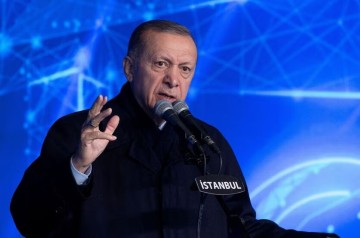 Sweden, Finland Must Send Up To 130 "Terrorists" To Turkey For NATO Bid, Erdogan Says 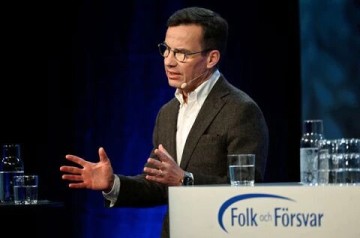 Sweden Says Turkey Asking Too Much Over NATO Application