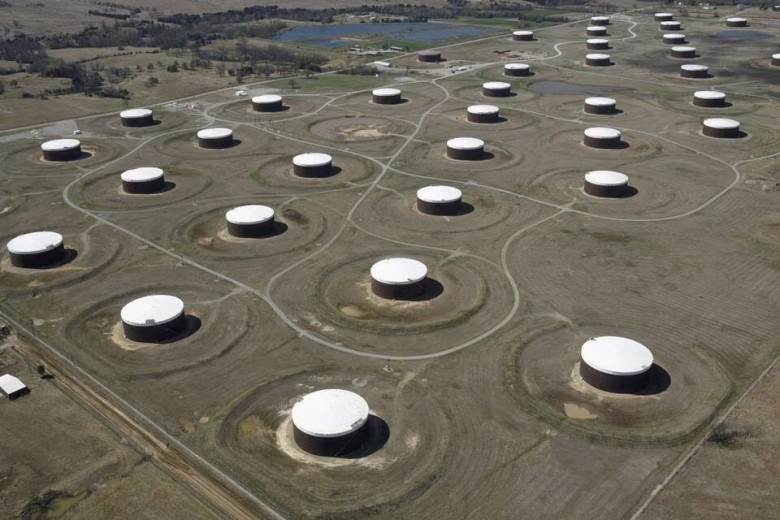 Crude oil storage tanks are seen from above at the Cushing oil hub, in Cushing, Oklahoma, March 24, 2016. REUTERS/Nick Oxford

Oil futures fell by nearly $1 on Thursday, extending losses from the previous day, as a surprise jump in U.S. crude stocks weighed on the market along with fears of a recession that were heightened by disappointing U.S. retail sales and output data.

"The deterioration in U.S. economic data darkened the (oil) demand outlook as recession fears mount again. Risk-off sentiment has sent growth-sensitive commodities down," said Tina Teng, an analyst at CMC Markets, adding that profit-taking could have played a part also.

U.S. December retail sales fell by the most in a year, while manufacturing output recorded its biggest drop in nearly two years, as higher borrowing costs hurt demand for goods.

Still, Federal Reserve officials said interest rates needed to rise beyond 5% even as inflation shows signs of having peaked and economic activity is slowing.

"This raised the spectre of a recession, with risk appetite suffering as a consequence," ANZ Research analysts said in a client note.

Adding to the pall, data from the American Petroleum Institute showed U.S. crude oil inventories rose by about 7.6 million barrels in the week ended Jan. 13, according to market sources.

The mean average forecast from a Reuters' poll of nine analysts had been for a fall of about 600,000 barrels.

However, distillate stockpiles, which include diesel and heating oil, fell by about 1.8 million barrels against analysts' expectations for a 120,000-barrel increase.

The API report was delayed by a day due to Monday's Martin Luther King Day public holiday in the United States. The government's Energy Information Administration will release its weekly inventory report on Thursday.

With aggressive rate hikes still on the cards, the U.S. dollar climbed, weighing on oil demand as a stronger greenback makes the commodity more expensive for those holding other currencies. 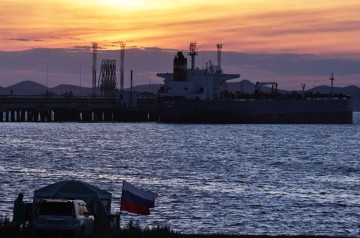