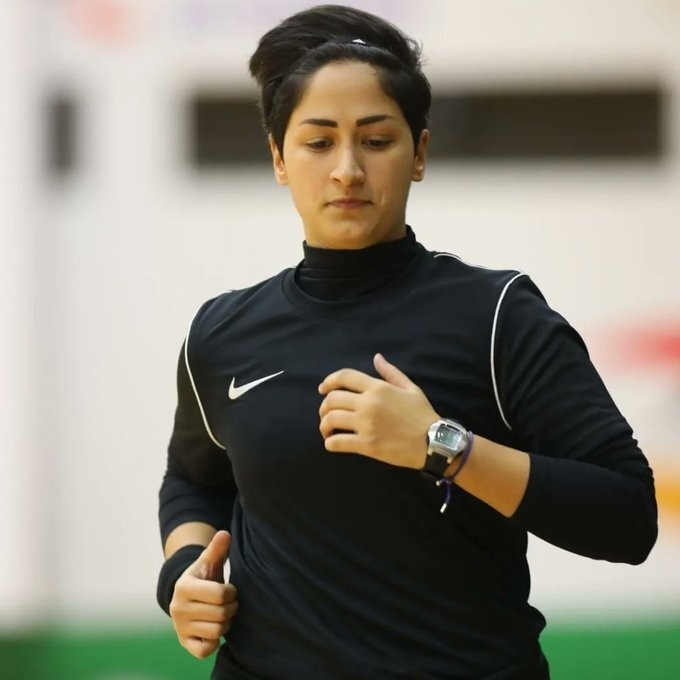 FIFA has appointed Anoud al-Asmari as the first Saudi woman to serve as an international football referee. (Via Twitter)

Since last week, Anoud Al-Asmari has been the talk of the Arab and international media, thanks to her success in becoming the first Saudi Arabian woman to receive A FIFA badge.

Furthermore, the Arab Gulf Cup Football Association (AGCFF) announced the participation of Saudi Arabia's first female international referee in the (25) Gulf Cup, which kicked off in Basra with 8 teams.

FIFA named Al-Asmari as one of eight Saudis to the International Panel less than a year after Saudi Arabia's first women's national team debuted.

"I am honored to be the first Saudi female referee to receive the international badge in Saudi sports history," the 35-year-old told the media.

In 1988, Al-Asmari was born in the Kingdom of Saudi Arabia.

She also began her refereeing career with small workshops at the end of 2018, and she honed her skills by attending a FIFA refereeing course in Dubai in 2019. She also took part in a qualifying coexistence program for Arab referees and Arab Women's Cup participants in Cairo.

Al-Asmari stated that her ideal referee is Kari Seitz, FIFA's Head of Women Refereeing, whom she met during a FIFA refereeing session in Dubai in 2019, along with Captain Mari Al-Awaj and Captain Abdulaziz.

The Future of Women Referees in Saudi Arabia Looks Brigh

Al-Asmari's arrival at the international badge highlighted the gradual development of women's refereeing in Saudi stadiums, specifically in women's competitions, through the Women's Premier League and the Women's First Division League.

Among the refereeing names that have emerged in Saudi Arabian women's competitions is Heba Al-Awadi, on whose future the Saudi Arabian Football Federation is betting, having decided in January 2022 to send her to an academic course for referees presented by the AFC that will last three years, until she obtains a master's degree.

Women's Football is Thriving in KSA

Saudi Arabia has made its mark on the international soccer stage. Football, Saudi Arabia's number one sport, has gained prominence and momentum in recent years, particularly after the national team's recent victory over Argentina in the FIFA World Cup Qatar 2022, with the entire squad based in Saudi Arabia.

Significant investment has been made in grassroots player development, competitions, coaching, and other areas over the last three years, including the inaugural women's football league and girls' school league.

Al-Asmari's appointment came less than a year after Saudi Arabia's women's national soccer team, which was established in 2019, played its first match.

The Saudi Arabian Football Federation officially inaugurated the women's team in 2019, with 450 registered players, 49 qualified referees, and over 900 coaches.

Saudi Arabia, whose neighbor Qatar hosted the World Cup in November and December, has applied to host the 2026 Women's Asian Cup and is the sole bidder for the 2027 Men's Asian Cup.

It is also considering a joint bid with Egypt and Greece for the 2030 World Cup.

If Saudi Arabia's bid to host the AFC Women's Asian Cup 2026 is successful, it will play a critical role in advancing women's leadership in sport both at home and abroad.

The decision by Saudi Arabia to bid on the women-only events reflects the country's efforts to unlock untapped potential and opportunities for Asian women and girls. 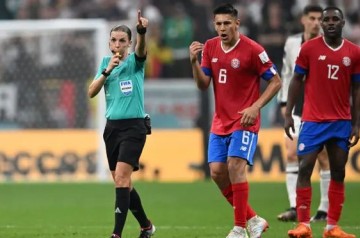 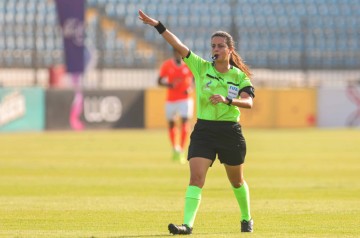 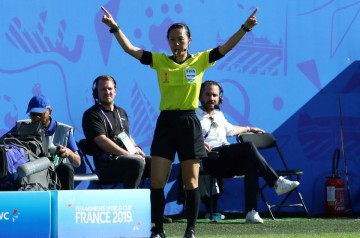