The Story of Prosperity and Collapse

“I worked in Byblos (West Lebanon) for over 20 years. I used to make USD 50 a day. After the 2019 Lebanese banking sector collapse, my employers did not have access to their money in the banks, and could not pay me. Since then, my life turned upside down and I had to move back to Damascus. Both countries are suffering from terrible economic problems,” Mohammed Asad, a previously Lebanon-based Syrian construction worker in his forties, told Majalla.

Asad is one of hundreds of thousands of Syrian workers, who made their way back to their homeland after the economic and financial collapse of Lebanon following a series of demonstrations at the end of 2019.

It was not only Syrian workers who took the blow after the Lebanese collapse, Syrian business people and wealthy elites were also victims.

Antoine, a Damascene business person, said: “My money in Lebanese banks is gone! Maybe forever. Before the Syrian Crisis of 2011, I used to make around USD 800,000 a year. Now, I hardly make USD 50,000 every year, with the Syrian pound’s value going down month after month.”

Syria claims that between 11% and 23% of the total deposits frozen in the Lebanese banks, which are estimated at USD 170 billion, belong to Syrian citizens. However, the percentage does not exceed 6% according to Lebanese sources.

It is worth noting that the forecasted spending of the 2023 Syrian budget is estimated at SP 16.5 trillion (USD 2.8 billion). The last Lebanese approved budget of 2022 (ironically approved last September) has a spending of USD 1.1 billion.

Both the Syrian and Lebanese national currencies recorded huge losses in value in 2022, a matter that is making daily life harder for governments and people for different reasons. How is the Syro-Lebanese economic interpenetration affecting each country?

In the 1920’s, Syria and Lebanon had a unified central bank and currency as both were under the French mandate. In the early 1950’s, a complete separation took place between the two currencies.

After the declaration of the United Arab Republic (UAR was a temporary union between Egypt and Syria from 1958-1961), socialist policies were adopted in liberal-economy Syria and nationalization included major financial, industrial and agricultural activities. Huge amounts of Syrian capital migrated to the nearest country that was built on a market economy, namely Lebanon, to avoid nationalization. Since then, Lebanon has become the financial lung of Syria. Why?

After the Syro-Egyptian union was over, Syria continued its transformation towards socialism, especially after the Baath Arab Socialist Party assumed power in 1963. On the other side of the border, Lebanon continued its role as the bank of the capitalist sector of the Syrian economy. Whenever there were socialist restrictions on the movement of capital, money transfers, imports and exports, the Lebanese banks used to serve the two countries. Syria’s access to the global economy has been gradually eliminated since 1979 when it was classified as state sponsor of terrorism. During the Lebanese Civil War (1975-1990), Lebanon kept playing a vital role in providing consumer goods to Syria, which maintained a military presence in Lebanon until the troops were forced to evacuate in 2005.

In 2005, Syria adopted a social market economy and opened up major sectors for local and foreign investments. Seven Lebanese banks opened branches in Syria. A few thousand Lebanese executives, specialists and investors moved to Syria to benefit from the economy’s partial liberalization, according to multiple sources,

After the eruption of the Syrian Crisis 2011, the European Union and the US imposed unprecedented sanctions, targeting major sectors. The Syrian business sector had to rely more on the Lebanese banks to circumvent sanctions. In 2019, the Lebanese banking sector went broke and the Lebanese banks were not functional as before. In the following year, the Port of Beirut was destroyed by a powerful blast, furthering the suffering of Syrian importers who used the Lebanese port.

“My late dad was a taxi driver between Syria and Lebanon since the 1960’s. Syria, as a socialist country, had restrictions on imports of luxury goods and foods. He used to fill his car with products and sell them in Syria. I have been doing the same for 17 years,” said Ammar, a Syrian taxi driver.

Currently, all Syrian banks are out of the global banking system, and the Lebanese banks are paralyzed and broke!

CRISIS OF THE TWO POUNDS

Both the Syrian and Lebanese pounds have started a journey of continuous decay for different reasons and times.

“Since the beginning of the Syrian Crisis of 2011, the national currency started to lose its value due to the military and political conflict. Western sanctions have made hard currency less available in the local market and capital found its way out of war-torn republic. The more demand for the American currency, the more Syrian pounds are offered,” Ibraheem Mohammed, a Syrian economy observer, told Majalla.

“When the Caesar Act was approved in 2020, the Syrian pound got a hard blow. People have become more skeptical about the future and the national currency has become less attractive,” he added.

As far as Lebanon is concerned, this country has entered a vicious circle of debt since the early 1990’s. The national debt has reached over USD 100 billion. After a series of demonstrations at the end of 2019, banks announced they went broke and couldn’t fulfil their obligations towards their customers. As a result, tens of thousands of Syrian customers were denied access to their bank accounts, making their lives more complicated.

The ongoing value deterioration of both the Syrian and Lebanese pounds has made product and service prices skyrocket. Even the prices for locally-made products and services got higher due to the inflation of foreign input.

“The problem with the continuous de-valuation of the national currencies of Syria and Lebanon, is that the cost of goods increases and demand gets weaker. The Syro-Lebanese markets are more fragile than ever,” said a Lebanese merchant based near the Lebanese-Syrian border.

Despite the difference between the political conflicts in Syria and Lebanon, both countries need to take serious steps to save their economies.

According to Syrian sources, hundreds of companies owned by foreign investors were licensed last year. However, they are not yet functional.

Hanna is a Lebanese investor I met a few weeks ago. He opened a Japanese sushi restaurant in the coastal city of Latakia.

“I opened the restaurant because I believe in the future of Syria. There are always people who can afford paying USD 20 or 30 for a meal. I brought a Lebanese sushi chef and I am optimistic,” said Hanna.

“I started this year. Others may not find a place in the competition in 2023!” he concluded. 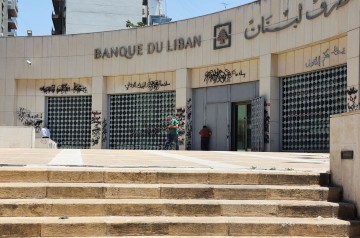 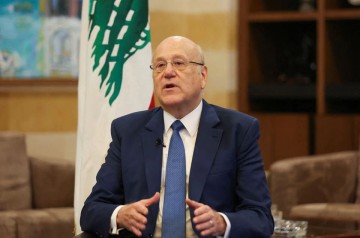 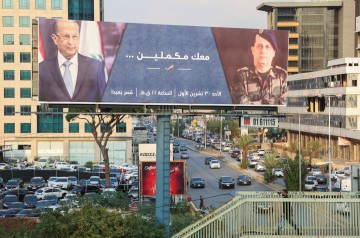