The House of Rayya and Sakina in Alexandria: Popular Tourist Destination

The House of Rayya and Sakina in Alexandria - Photo Credit: Sarah Gamal

The saga of Rayya and Sakina, Egypt's most notorious serial killers who murdered and robbed at least 17 women and buried them under their house (with the help of their husbands, Hasaballah and Abdelaal, and a few family friends), is still fresh in the country's collective memory. The duo's heinous murders in twentieth-century Alexandria continue to inspire films, plays, and books.

The sisters worked in several brothels before leaving Tanta for Alexandria's El-Labban street. However, when they moved to Alexandria,  they began killing—not out of malice, but for financial gain, as they (like many Egyptians at the time) faced severe financial difficulties.

The old house that witnessed the massacres of Rayya and Sakina is a few meters away from Alexandria's El-Labban Police Station.  These grim tales occupied Egyptian public opinion for years after it was discovered that they recruited women and slaughtered them, afterward seizing their gold jewelry.

Rayya and Sakina’s house, which was demolished and replaced by another building after the incidents, is located inside the El-Labban neighborhood, west of Alexandria, and is near the yellow tram line, Alexandria's most famous mode of transportation. However, families and neighbors still retell the most famous and true stories that they heard from their fathers and grandfathers about the first women who were executed in history on charges of murder.

The most famous crime case in Alexandria's history during the twentieth century is "Rayya and Sakina." Majalla filmed scenes of the gang's house, which has been turned into a tourist attraction, with paintings depicting the legend of evil hung on its old walls. The display alternates between images of the victims and the officer who discovered the crime, as well as Bade'ea, Rayya’s only daughter, in addition to photos of Hasaballah and Abdelaal and others, documenting the arrest of the accused and the exhumation of the victims' bodies.

According to Metwally Abdelaal, a local, Sakina first moved into the house before her sister Rayya joined her. The bodies of Rayya and Sakina’s victims were exhumed from inside the house, while the rest of the victims were still inside their former home on Ali Bek Al Kabeer Street.

He went on to say that the crime was discovered because of the smell of the victims, as well as the sewage excavations that revealed the victims' bodies. It was Sakina's wearing a shawl given to one of the victims, Firdaus, by a British Khawaja, that paved the way for this. After killing her, Sakina grabbed the shawl and put it on. The British Khawaja saw her wearing it and accompanied her to the El Labban Police Department, where the police and the Public Prosecution Office began investigating the women's disappearance.

Rayya and Sakina would entice these women into their home, serve them a welcome drink, and then get them drunk enough that they couldn't move.

When the victims were sufficiently drunk, the sisters and their husbands would strangle them, strip them of all their jewelry and fine clothes, and bury them beneath the floor tiles. Afterwards, they would sell all of the valuable items.

Fortunately, a police officer noticed something fishy going on in the sisters' home and decided to report them. The man had no idea, but he had unintentionally saved the lives of the gang's intended victims.

Metwally Abdelaal went on to say that the people of Al-Labban know every detail of the story of the two most famous butchers in the history of the judiciary. Insofar as the house has become a destination for many Alexandrians as well as visitors from neighboring governorates or other cities, the locals turned it into a tourist shrine to learn about the history of Rayya and Sakina, which is illustrated by prints ranging from the first images of their victims to the documents of their execution.

He denied the patriotism of the two butchers of Alexandria who attempted to seize British soldiers at the time.

"I have the honor of being the first woman to be executed and standing in a place where only men can stand," Rayya said on the gallows, becoming one of the judiciary's first two women sentenced to death.

Abdelaal added that the third house is in the Al-Najat neighborhood, from which two other bodies were extracted.  However, this house and others either belonged to families who still live in them, or are abandoned because the heirs refused to sell them or there were disagreements over the sale.

He went on to say that as the years passed, they fell into disrepair, and one of their old houses was demolished and replaced with a new one. It has since housed a number of families, who were terrified of the ghosts of victims who had been killed in the past.

He concluded that, after more than a century, the saga of Rayya and Sakina remains immortal for the people of the region, and for the multiple visitors to the city who learn about Egypt's ugliest murder story.

Following a widely publicized trial, the majority of Rayya and Sakina's victims were revealed, and the sisters and their husbands were executed. Rayya's daughter, Bade'ea, on the other hand, was an important witness who helped bring her family to justice and was sent to an orphanage after their execution. Unfortunately, Bade'ea died in an orphanage fire at the age of sixteen, though no one knows whether the fire was intentional or not.

Handwritten legal reports and investigations in Dar al-Mahfuzat and the Bibliotheca Alexandrina suggest that the two women were used as scapegoats to target Alexandria's clandestine sex workers. The case was widely distorted into a tale of infidelity and moral bankruptcy when, in reality, it was a series of homicides carried out for monetary gain by a gang of six members.

The gruesome, complex story of the murders captivated mass audiences and imaginations over the years, culminating in the story being embodied in film (1953, 1955, and 1983), a 2005 TV series starring Egyptian actresses Abla Kamel and Somaya El Khashab, as well as theatrical productions. 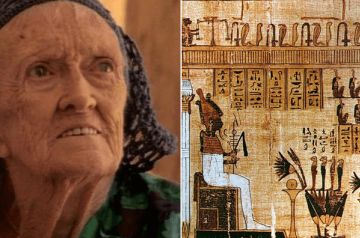 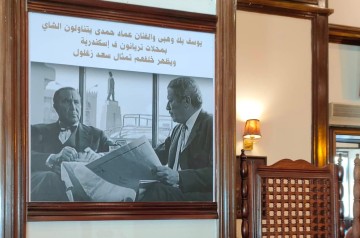 Trianon: An Old Classic Cafe in the Heart of Alexandria 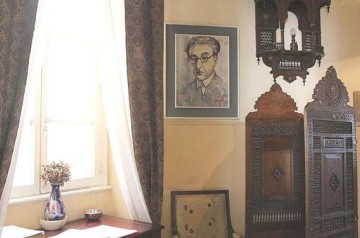