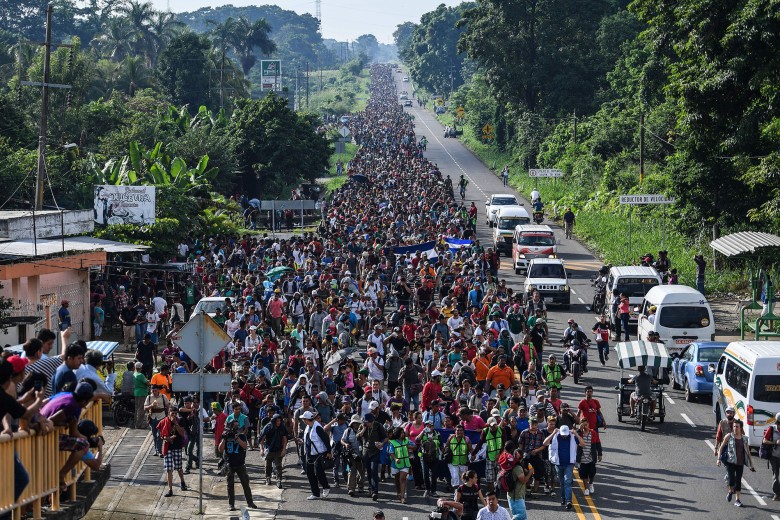 Last month, the United States Supreme Court, the top interpreter of the American Constitution, stopped an expected tsunami of illegal immigrants on the border with Mexico. Television and social media videos have been showing long lines of people who wanted to cross the borders, people who have already crossed and are waiting to be seen by border officials, and people who became creative in jumping over the high walls that were built by former president Donald Trump.

Recent statistics show that about 500,000 people are waiting in Mexico to cross the border; about 3,000 succeed in crossing every day; and about 900,000 have already crossed during 2022.

In 2007, according to U.S. government reports, illegal immigrants in the U.S. numbered about 12 million people or about 5% of the total U.S. population. On top of this, visa overstays (persons who entered legally but didn’t leave) reached about two million.

In 2012, government reports showed that 52% of the immigrants were from Mexico, 15% from Central America, 12% from Asia, 6% from South America, 5% from the Caribbean, and another 5% from Europe and Canada.

In 2016, U.S. government reports showed that approximately two-thirds of the illegal immigrants who already crossed had lived in the U.S. for a decade or longer, making them “almost citizens.”

The Supreme Court’s decision not to end “Title 42,” a law that former president Trump had issued to stop illegal immigrants from crossing and to turn them back because of COVID-19, might be just a short-lived step on the face of the formidable problem of illegal immigration.

Following are two opposed opinions about the issue, from the leaders of two major immigrant lobbying groups in the U.S.:

On one side, Daniel Stein, an attorney, anti-immigration advocate and president of the Federation for American Immigration Reform (FAIR).

On the other side, F. Daniel Siciliano, chairman of a bank in California, and president of the American Immigration Council (AIC).  He was director of Corporate Governance Center at Stanford University and a former professor at Stanford Law School.

“FAIR is fighting to restore common sense border controls and an immigration policy that works for America and the future of all Americans.

Over the past year, America’s immigration and border controls have fallen apart due to ineffective leadership from Washington. We face a true national emergency! There is no time to lose.

“On Monday, The American people and communities all across the country were spared even greater hardship at the hands of the Biden administration by the U.S. Supreme Court’s eleventh-hour stay that prevents the federal government from canceling Title 42.

Because the Biden administration has arbitrarily canceled or refused to enforce, every policy designed to deter mass illegal immigration, Title 42, a public health provision that was invoked at the onset of the COVID pandemic, remains the only functioning policy preventing unchecked illegal immigration.

Already, the Department of Homeland Security was bracing for exponentially larger numbers of migrants pouring across the border illegally. And even with Title 42 remaining in place, the administration's decision to exempt large categories from removal under the provision will not be enough to restore order to the border …

“The Supreme Court stay is a welcome reprieve, but there is still far more that needs to be done to regain control of our borders, and end the humanitarian crisis that the Biden administration has created.

Maintaining Title 42 will allow the new Congress, in which Republicans will control the House of Representatives, to address the dire situation stemming from the Biden administration’s refusal to enforce countless immigration laws …

“In 2020, the Supreme Court handed down a decision affirming that it is a crime to encourage illegal immigration …

“Unfortunately for the Americans and foreigners victimized by these scammers, activist lawyers seem determined to let them defraud the public …”

“The American Immigration Council (AIC) works to strengthen America by shaping how America thinks about and acts towards immigrants and immigration. And by working toward a more fair and just immigration system that opens its doors to those in need of protection and unleashes the energy and skills that immigrants bring …

“We believe that immigrants are part of our national fabric, bringing energy and skills that benefit all Americans.  And we envision an America that values fairness and justice for immigrants and advances a prosperous future for all.

We have a proud—and complicated—history as a nation of immigrants.

“Not only have we failed, in many cases, to afford basic due process rights, but in countless ways, our outdated immigration laws and policies do not respect the family unit, discourage innovation, and turn away those in need of protection ...

“The United States has long guaranteed the right to seek asylum to individuals who arrive at our southern border and ask for protection.

But since March 20, 2020, that fundamental right has been largely suspended. Beginning on that date, both migrants seeking a better life in the United States and those wanting to apply for asylum have been turned away and “expelled” back to Mexico or their home countries.

Over 1.8 million expulsions under Title 42 have been carried out since the pandemic began. However, nearly half of those expulsions were of the same people being apprehended and expelled back to Mexico multiple times …

“Supreme Court Chief Justice John Roberts temporarily halted the end of the Title 42 policy that allows the U.S. to expel migrants at the southern border without the chance for asylum. 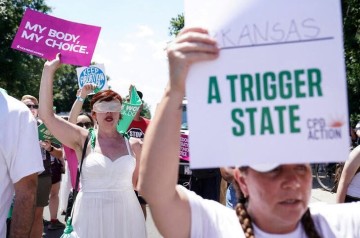 Abortion Worries Heightened For Unauthorized Immigrants in The U.S. 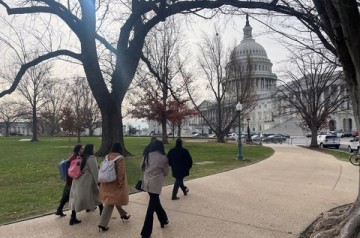 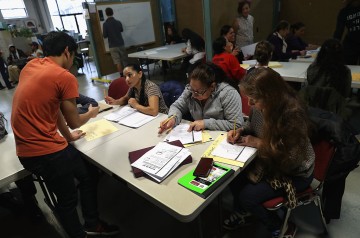