Egypt eyes flourish in tourism after energy crisis in Europe 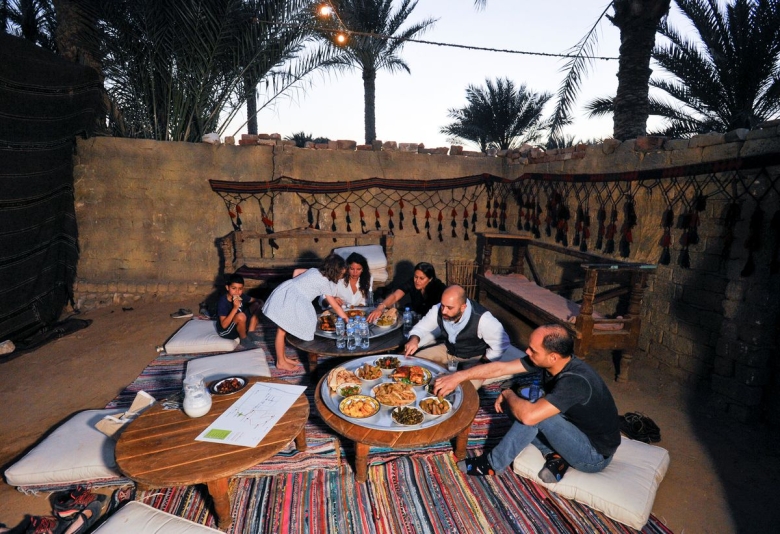 Tourists enjoy a meal made by Saqqara residents to improve their living conditions in thier village, in Giza, Egypt, on April 27, 2021. REUTERS/Shokry Hussien 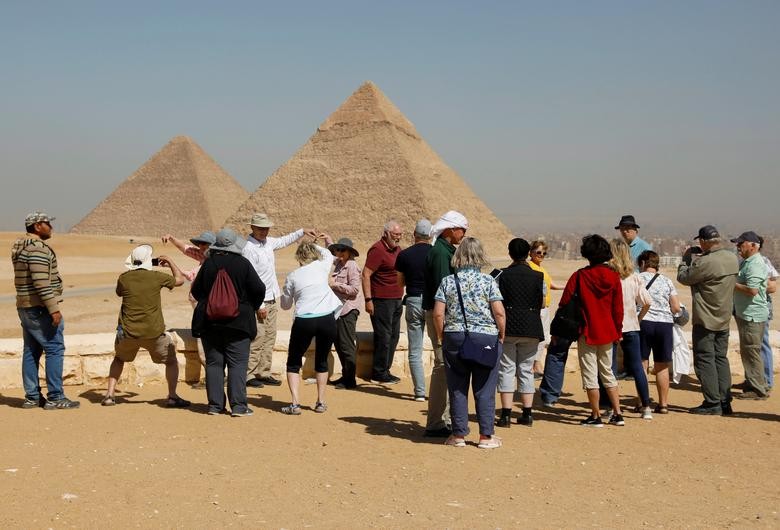 Tourists gather at the Great Pyramids of Giza, on the outskirts of Cairo, Egypt March 8, 2020. REUTERS/Mohamed Abd El Ghany 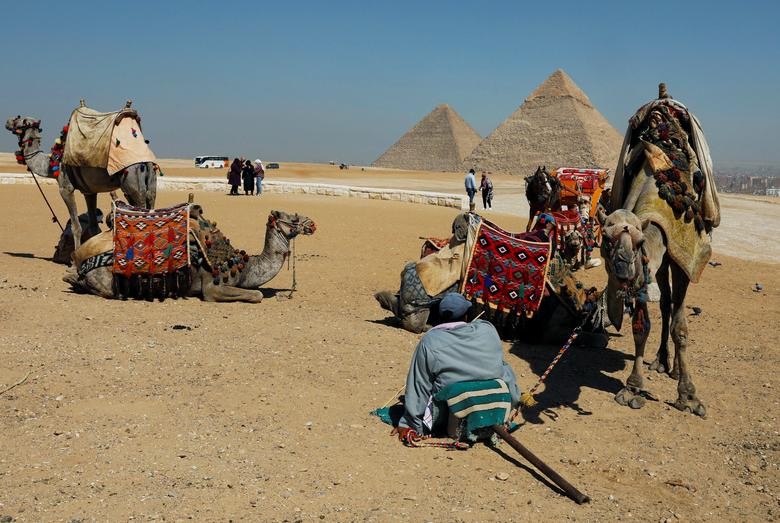 A man waits for tourists to rent his camels in front of the Great Pyramids of Giza, on the outskirts of Cairo, Egypt March 8, 2020. REUTERS/Mohamed Abd El Ghany

As part of the repercussions of the Russian-Ukrainian war, Europe is suffering from a severe energy crisis and has come to take strict measures to ration energy consumption.

This is what some considered the only Egyptian gain from this war. Egypt is one of the natural gas producing countries and also generates electrical energy due to its reliance on renewable energy sources from the sun and wind. In addition, some non-traditional sources such as green hydrogen projects qualify it to become a regional center for the production and export of electricity.

Tourism is one of the most important sources of foreign exchange for Egypt, besides the Suez Canal, remittances from workers abroad and export. But it has been greatly affected due the Covid-19 pandemic and the Russian-Ukrainian war, as both countries were major sources of a tourist influx.

Egyptian Prime Minister Mostafa Madbouly said in a recent cabinet meeting that Egypt has an exceptional opportunity during the coming winter to attract the largest possible number of tourists, in light of the current global crisis.

The tourism sector contributes 12 percent of the Egyptian GDP and provides 10 percent of jobs.

The Egyptian premier called for the speedy promotion of tourist destinations and targeting more new markets, in an effort to increase the incoming tourism movement to various Egyptian cities, especially Sharm El Sheikh, Hurghada and Marsa Alam on the Red Sea, as they are “distinguished warm tourist destinations” in addition to Luxor and Aswan.

MP Evelyn Matta told Majalla that she submitted a proposal on November 20 to the Parliament’s Tourism and Civil Aviation Committee regarding inviting foreign tourists to winter destinations like Sharm El-Sheikh, Hurghada, Luxor and Aswan, and to reduce their cost of hotel accommodation.

She pointed out that it would be great to provide offers that enable them to stay longer, even for a month or two.

The Ministry of Tourism and Antiquities is maximizing Egypt's tourism benefit from the 2022 FIFA World Cup event in Qatar which is being held from November 20 to December 18. A number of measures have been approved to attract fans participating in this tournament, as those who hold a Hayya fan card are able to visit Egyptian tourist destinations during and after attending the World Cup.

The Egyptian Tourism Authority has also taken some steps, including the re-launch of the “Follow the Sun” online campaign, which focuses on the warm winter in Egypt. It asks people to post a video and the one who gets the most ‘likes’ wins a trip to Egypt.

The campaign achieved more than 130 million views in Germany, Italy, the United Kingdom, and the United States. In addition the campaign published news and media reports about the winter season in Egypt in the international media.

Mohamed Othman, head of the Cultural Tourism Committee at the Egyptian Ministry of Tourism, said last month that Egypt has witnessed a remarkable recovery in the number of tourists from European countries, especially Spain and France, while Spanish tourism companies are organizing about 48 trips per month to the Egyptian city of Luxor.

The Central Agency for Public Mobilization and Statistics (CAPMAS) in Egypt announced a jump in the number of tourists coming to the country by 85.4% in the first half of this year.

The number of tourists reached 4.9 million, compared to 2.6 million last year, but it is still lower compared to 6.1 million tourists in the first half of 2019.

Tourists from the Eastern European countries were the most numerous foreigners to visit Egypt during 2021, with a rate of 50.6%, followed by the Middle East 18.9%, Western Europe 16.4% and Africa 7.1%.

Egypt received the largest number of tourists in its history in 2010, which amounted to 14.7 million tourists, and revenues that year amounted to $12.5 billion.

The Red Sea Governorate has recently received dozens of international tourist flights, coming from more than 30 countries around the world, most of which are European. At the top of them is German tourism, and with the onset of winter, it is scheduled to increase the rates of incoming flights to the cities of Hurghada and Marsa Alam naturally for the beginning of the winter tourist season. 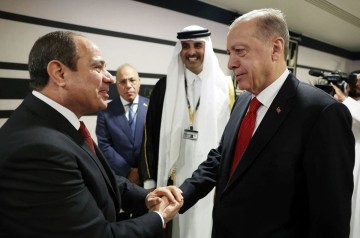 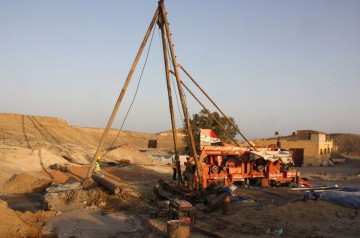 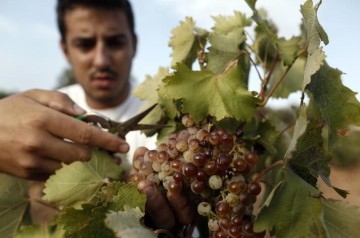 Egypt to Provide 5,000 Farm Workers to Greece in Seasonal Scheme