An Insight Into Sudan’s Political Woes

Sudanese men burn tires during a demonstration to commemorate the third anniversary of a deadly crackdown carried out by security forces on protesters during a sit-in outside the army headquarters, in Khartoum, Sudan, Friday, June 3, 2022. (AP Photo/ Marwan Ali)

Sudanese protesters commemorate the third anniversary of a deadly crackdown carried out by security forces on protesters during a sit-in outside the army headquarters, in Khartoum, Sudan, Friday, June 3, 2022. (AP Photo/ Marwan Ali)

Sudan had its own share of what was called a decade ago an “Arab Spring,”, which carried nothing but heavy storms that wreaked havoc on several countries. Some managed to overcome the crisis safely like Egypt, Morocco, Jordan and Bahrain. Other countries, meanwhile, are still facing some political challenges, like Tunisia. However, the remaining have entered a dark tunnel, battling with conflict over power, aslike in the case of Syria, Libya and Yemen. Amidst all these examples, Sudan emerges as a middle ground example combining two cases – living a political crisis, accompanied by developments on the ground, with citizens taking to the streets from time to time when politics reaches a stagnating point. Thus, the Sudanese model has become unique in its condition and that requires a different analysis reading and a fresh outlooks to deal with its crisis that has grown stale.

Before searching for insights on mitigating the crisis there, we should first look into the reasons and causes behind it. In this regard, researchers and analysts present various explanations. Some attribute the situation in Sudan to the theory of the deep state left behind by the former Sudanese regime, and the keenness of this regime’s elements to preserve its gains.

This drives them to work continuously to always put hurdles in the way of the new state formation. Others believe that the factor behind what is happening is the weakness and fragility of the existing democratic traditions, which resulted in a political razing carried out by the previous regime.

The regime was keen to do this, as it had been keen since the coup that brought it to power in the late 1980s to hide away any democratic practice, whether at the level of political action, in particular, or at the level of public work, in general. In these two cases, the supporters agree that what Sudan is suffering from today is a natural outgrowth of what it lived through for more than 20 years under a closed autocratic political system centered around former President Omar al-Bashir.

Facts later proved the extent of the violations and abuses that this regime has committed, not only against the Sudanese people, but also against many peoples, considering its active role in provoking crises, problems and unrest in other countries.

Along with these two explanations comes a third one, which sees that the chronic political stagnation facing Sudan these days is due to the continuous quarrels among the various political forces. This has hindered the process of building the political system, and prompted the military establishment to intervene, utilizing its resources to prevent the state from further getting entangled in a crisis that is paid for by the Sudanese citizen is paying for. The price tag has been so hefty at times that it is costing lives.

Here, the question arises about what is the vision that the military institution holds for the future of the country. Is it limited to merely maintaining the role of a neutral guardian of the political process and working towards adjusting its rhythm while giving politicians more time to arrange their papers and adjust the paths of their relations? It is true that the statements made by both each of the Lieutenant General Abdel Fattah al-Burhan, Chairperson of the Transitional Sovereign Council and his deputy, Mohamed Hamdan Dagalo (referred to as Hemetti) confirm a withdrawal retraction from the political scene, as was reported recently on the sidelines of their meeting separately in the presidential palace in Khartoum on November 22, 2022, with Christophe Pigot, Director of the Africa and Indian Ocean Department at the French Ministry of Foreign Affairs, and Christoph Retzlaff from the Federal Foreign Ministry of Germany.

Burhan then said then: “The Sudanese Armed Forces are committed to distancing themselves from participating in political action and leaving the entire matter to the political entities to reach an agreement that leads to the formation of a transitional civilian government. The armed forces will work on protecting the transition and the security and stability of the country.” Hemetti echoed the same statement as he confirmed the commitment of the military to retracting from political action and making way for civilians. Statements, however, are not sufficient when it comes to expressing intentions insofar as far as reality and actions play a role.

Needless to say that the previous explanation that sees that what happened in October 2021 as being the result of to the desire of the military institution  to protect the state from sliding into a civil war that would have widened the division and fragmentation that Sudan faced at the beginning of this century.

While such a reasoning is sound, it is difficult to rely solely on it in explaining the political stalemate that Sudan is experiencing today. The reality confirms that in addition to these three explanations previously mentioned together, there is a fourth factor that makes the picture clearer, which is related to the outside world and its role in complicating and escalating the situation.

It is no secret that Sudan, in light of the circumstances in the aftermath of its revolution, has become an arena easily penetrated by many international and regional actors in order to gain a foothold in one of the most important African countries, in terms of its geostrategic location.  This makes it entangled with its geographical neighborhood with its crises and conflicts or in terms of its wealth and resources that shed further spotlight on the issueit.

Amidst the aforementioned, it becomes important to search for a new approach that will help the Sudanese get out of their crisis and pave the way for a real transitional phase that does not take them back to square one. This recently happened after the failure in the post-revolution period, during which political action diminished as the military reinforced its power. The international reaction at the level of the United States, European countries, and international organizations was against what happened, taking strict decisions in dealing with the Sudanese regime that excluded civilians from power.

However, the issue is much more than just sanctions or penalties imposed on Sudan, because the ones who are impacted by holding the bumps of  these sanctions are the Sudanese people who are groaning under the brunt of poverty, hunger and destitution.  These sufferings are, in addition to the chaos brought by the armed conflict that puts at risk the security and stabil at riskity and stirs up tribal and regional conflict once again. All this threatens to pushenter the country into a civil war, the extent of which that no one knows its extent or how to get out of.

Accordingly, the proposed approach stems from two main pillars: the first is the importance of an internal consensus among all Sudanese political parties. The Forces of Freedom and Change are well aware that they are not the only political forces representing the Sudanese people.

There are other political forces present in the political scene and also have proven their presence on the ground, whether the leaders of these forces are inside or outside the country. Perhaps the return of the political and religious leader, Mohamed Othman al-Mirghani, after a nearly 10-year absence he spent in Egypt, and the size of the mass reception for him by his supporters confirms the validity of the observation saying that any proposed political action must take into account this reality, which includes many active political players.

Moreover, perhaps what Burhan’s statement denied that the Council had concluded a bilateral agreement with any party, underlined the importance of taking into account the magnitude of the differences among the Sudanese forces and the need to work to bridge the growing gap among them. This bridging represents the cornerstone towards building an internal consensus on many foundational issues, starting with the transitional constitution, the duration of the transitional period, and the form of state administration at this stage, as well as the permanent constitution and the final stage of having Sudan manage its affairs.

As for the second pillar, it is related to the external parties involved in Sudan’s affairs, whether at the official level, which is represented by the tripartite international mechanism (comprising the United Nations Mission UNITAMS, the African Union, and the Intergovernmental Authority on Development in Africa (IGAD)) concerned with resolving the crisis of governance between the military and civilians, or at an informal level, through the entanglements taking place between some of the external parties and their allies from within Sudan. For this pillar, these two levels need to have a decisive role in helping the internal parties enhance their understandings to reach an agreement that restores matters to a common starting point in building a political system capable of accommodating all Sudanese parties. Otherwise, such a factor would turn into a stumbling block that would obstructs any serious arrangements that will drivinge the country out of its crisis.

In conclusion, the Sudanese crisis, with its internal complications and external entanglements, will continue to oscillate between continualous failure and repeated escalation, amidst the competition of external parties to achieve gains and prove their presence on Sudanese soil, whether directly through the establishment of military bases and affiliated agencies, or indirectly through coordination with the internal political and tribal parties.  This would, which obstructs any efforts made to reach agreements and understandings that in a way may not be fully consistent with the interests of this or that party.

This is the scourge nibbling on the Sudanese state at the current stage. It is actually nibbling on many countries where political forces and societal factions are fighting over the political gains, seeking the help of external parties, and forgetting  their responsibility towards their homeland and their people to save them from the clutches of internal wars from which the outside will realizereaps its interests whileand  the inside loses its security and stability. Will the Sudanese people realize this before it is too late? 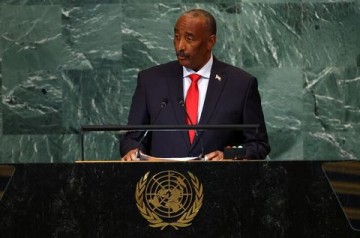 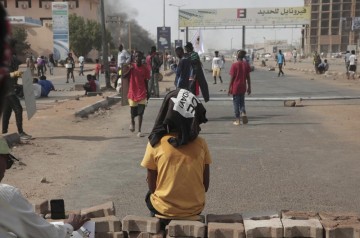