Every football World Cup sees young stars explode into the popular consciousness, and Qatar 2022 is no exception 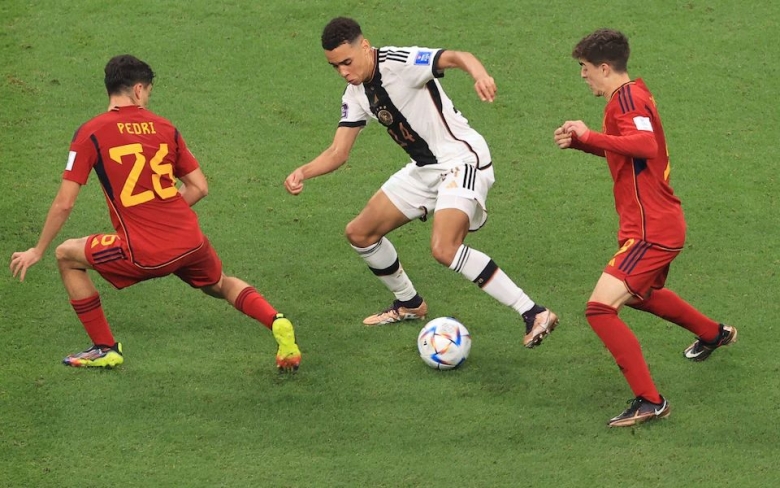 Every World Cup has a standout performer. Pele was a 17-year-old unknown in 1958, Michael Owen in 1998, Ronaldinho in 2002, and James Rodriguez in 2014, after a string of eye-catching performances that earned him the Golden Boot. Even though the 2022 tournament has only been open for two weeks, Pedri, Gavi, Jamal Musiala, Cody Gakpo, Mohammed Kudus, Saud Abdulhamid and Enzo Fernandez have emerged as the new Rodriguez.

The Combination of Pedri and Gavi Highlights Spain's Strength

At the FIFA World Cup South Africa 2010, Xavi Hernandez and Andres Iniesta, along with the rest of Spain's team, took football to new heights. The Barcelona midfielders were the architects of Spain's renowned brand of possession football, tiki-taka, which captivated the world. Twelve years after that generation's peak, two other Barcelona midfielders have taken over: Pedri and Gavi.

Spain is led by a couple of teenage sensations who have given the tiki-taka style some punch. Gavi and Pedri, along with a group of other talented youngsters making their World Cup debuts, add speed and energy to the style's constant rapid passing and ball control.

Along with veteran Sergio Busquets, the only remaining member of the 2010 World Cup-winning squad, the 18-year-old Gavi and 19-year-old Pedri controlled the pace of the matches.

As a teenager, Pedri burst into the spotlight with Barcelona in 2020 and played a key role for Spain at the Euros last summer.

The midfielder has been one of the World Cup's most impressive players thus far, running the midfield in Spain's 7-0 thrashing of Costa Rica and holding his own in a 1-1 draw with Germany.

Gavi, his clubmate, has also impressed in Qatar alongside Pedri in midfield, and Koke praised the Barcelona duo.

"They make magic, and their level is spectacular for their age," Koke said at a press conference.

Jamal Musiala of Germany Demonstrates His Talent in Qatar

Germany's Jamal Musiala has been dubbed a "future Ballon d'Or winner" on social media following his outstanding performance in the World Cup draw with Spain with fans comparing the Bayern Munich wonder kid to Lionel Messi.

The 19-year-old was instrumental in propelling Hansi Flick's men to what could prove to be a pivotal point on Sunday, when they fought for their World Cup future in a tense 1-1 draw with Spain.

And, while the four-time world champions' performances in the tournament have been underwhelming, Musiala's individual performances have highlighted what an exciting talent he is.

The Bayern Munich attacking midfielder, who spent much of his childhood in England but chose to play for his birth country, has been Germany's shining light in Qatar.

Former Germany captain Lothar Matthaus, on the other hand, believes Musiala is crucial to their chances now and in the future.

Cody Gakpo became the first man in Dutch history to score in the first three games of a World Cup tournament with his goal against Qatar.

The strike, however, did not set the only record made by the 23-year-old at Qatar 2022. He was also the first player in Dutch history to score in the first three games of a World Cup tournament.

Gakpo is only the second player in World Cup history to score the first goal three times in the same group stage, joining Italy's Alessandro Altobelli in Mexico 1986.

After Wesley Sneijder in 2010, the PSV Eindhoven striker is only the second Dutch player to score with his left foot.

On a soccer field, it can be difficult to determine Gakpo's true position. On paper, the 23-year-old can play as a number nine or as a left winger. When the space appears, his natural instincts tell him to dive deep and run the channels. Gakpo is a positionless attacker.

Gakpo has more goal contributions than Manchester City striker Erling Haaland (23 goals, three assists) and has been one of the most in-demand youngsters in the transfer market, with Manchester United reportedly interested in signing him.

Last season, the talented PSV striker was named Dutch Footballer of the Year. Ruud van Nistelrooy, his former youth coach and now head coach, was his mentor, and he hoped to follow in his footsteps at Manchester United next summer.

The 22-year-old, who has impressed for Ajax in the Champions League this season, scored twice to help the West Africans to a 3-2 win on Monday, increasing their chances of progressing from Group H. Kudus scored a brace in the 34th and 68th minutes of the game, and he has also assisted.

Kudus was named man-of-the-match, but he remained humble after his performance at the Education City Stadium.

"The whole team was on top of their game," said Kudus, who has shone for his club Ajax Amsterdam in the Champions League this season, scoring four goals in six games.

His brace makes him the first Ghanaian to score twice in a World Cup finals game, as well as the second-youngest African player to do so, after Ahmed Musa for Nigeria against Argentina in 2014.

Mohammed Kudus has god-like status in Nima. When his name is mentioned in the dense Accra neighborhood where he lives, the locals' voices are filled with pride.

Fans of his club Ajax know him for scoring goals, dribbling, creating chances, and occasionally performing a daring feat on the football field.

During a high-profile junior-level friendly against Powerlines FC, an 11-year-old Kudus carried the team on his shoulders, dominating the game and displaying an innate precision uncommon in footballers his age. In the end, he scored all six goals as Strong Tower tied their opponents 6-6.

To this day, the memory of the young star outclassing his opponents on that day in 2011 is cherished in these parts.

Real Madrid, the reigning Spanish and European champions, are reportedly keeping an eye on Ghanaian international Mohammed Kudus after his impressive performances so far at the World Cup.

Saud Abdulhamid brings the same unwavering, strong teamwork ethic to every team he plays for, whether it's his current Saudi league club, Al-Hilal, or the Saudi national team.

The Saudi national team wowed the world with a dominant performance against Argentina in the first match of Group C at the 2022 World Cup.

More than one Saudi national team player shone against Argentina, but right-back Saud Abdulhamid stole the show early on, despite being in a difficult situation on the grounds of Lusail Stadium.

Saud earned a penalty kick against the Green Falcons early on, and Lionel Messi scored Argentina's first goal just 10 minutes into the game.

The Saudi national team's coach, Hervé Renard of France, surprised everyone by starting Saud Abdulhamid against Argentina instead of veterans Muhammad Al-Buraik and Sultan Al-Ghanam.

And just when Messi's teammates thought the young player would be an easy catch after his involvement in the early penalty kick, and that they would be able to easily fill the Saudi net with goals, Saud showed his true capabilities and was able to shine throughout the match and deny the tango dancers from scoring any playful goal.

After watching Saud Abdulhamid's brilliant performance as a Saudi defender against Argentina and Poland in the first and second rounds of the World Cup 2022 group stage, three top European clubs expressed their desire to sign a contract with him.

Two English clubs and one Spanish club will officially present their offers to Al-Hilal club after the World Cup, with the intention of contracting with Saud during the winter or summer period if his club accepts their best offer.

Many expected Fernandez to make an impression at some point during the 2022 World Cup in Qatar.

After receiving the ball from Lionel Messi after a short corner, the Benfica midfielder curled the ball into the top right corner past Guillermo Ochoa.

The 21-year-old Fernandez, a central midfielder who plays for Portuguese club Benfica made his World Cup debut (against Saudi Arabia) despite not having played a single minute of official international football with his country - he was called up for pre-World Cup games in November but did not play.

Fernandez stated after the victory, "I've always wanted to play with this shirt since I was a kid, and today my dream of scoring a goal in a World Cup came true. I'm overjoyed with today's victory; this team deserves it. This victory is for all the people of Argentina who came to cheer us on and all those who are cheering us on from home. This group will best represent Argentinians. We'd like to get one more win, which would be huge for us."

Everything happened in an instant for Enzo. Enzo was still with the River Plate when Lionel Scaloni took over as coach. In September 2022, Fernandez made his Argentina international debut as a substitute in a 3-0 win over Honduras.

He joined Benfica in 2022 and has appeared in 13 matches, scoring one goal.

His love for football is unwavering. When he joined Benfica, he hired River's personal physiotherapist and paid him to look after him every day in Lisbon. 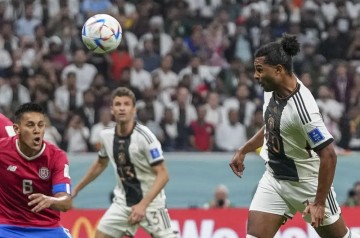 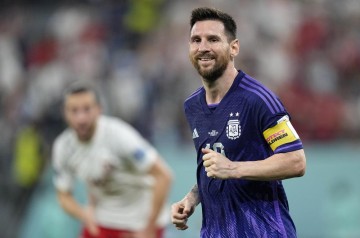 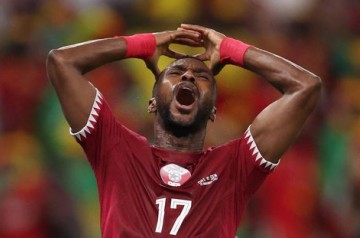 Qatar Eliminated From World Cup After Netherlands and Ecuador Draw