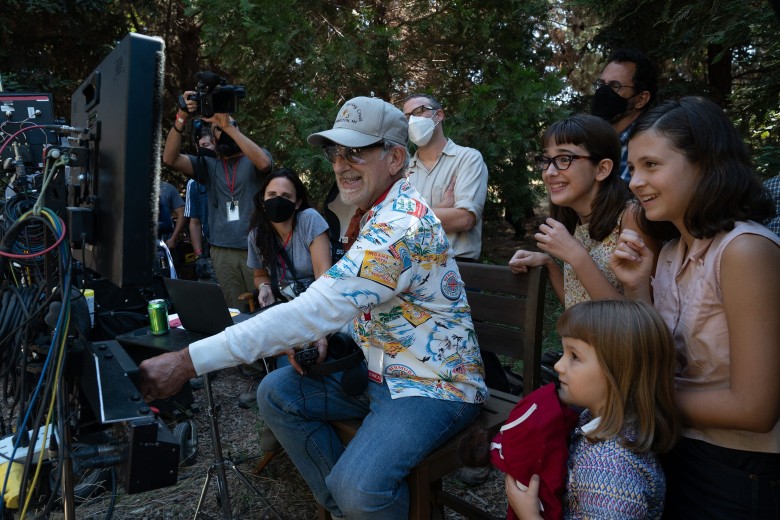 Steven Spielberg on the set of "The Fabelmans," which he co-wrote, produced and directed. (Merie Weismiller Wallace/Universal Pictures and Amblin Entertainment/TNS)

Steven Spielberg is a master at cinema, but seeing his own life on the big screen is a different type of storytelling.

The 75-year-old director is opening up about the uncomfortable process of spotlighting his adolescence in “The Fabelmans” — the semi-autobiographical coming-of-age drama about an aspiring young filmmaker that opens wide this week.

“There’s nothing more personal than committing to actually directing something,” Spielberg told Yahoo! Entertainment in a new interview. “I’ve never had myself, for such a prolonged period of time, in the actual story.”

Noting that the experience of crafting “The Fabelmans” — which digs into Spielberg’s upbringing, including the infidelity of his mother (whose surrogate is played by Michelle Williams) and his intense love of cinema — felt “Kafkaesque,” the iconic filmmaker said he “never got used to it.

“It was not comfortable for me,” Spielberg continued. “But when [the actors’] mojos were at that critical point where the cast was working so well together, I’d kind of get lost in their performances.”

Spielberg said he never lost sight of the focus on his family, namely his late parents and himself, noting he never took for granted “that this was an opportunity that I had taken that I was so grateful for that at my age I finally got the temerity, or the courage, to decide to tell this story now.”

Adding that he’s glad he didn’t endeavor to bring his life to the big screen as a younger artist, Spielberg told the outlet he “wouldn’t have had the distance or the perspective” and the final product — a front-runner for the Oscars — “wouldn’t have been the same film.”

He recently told “CBS Sunday Morning” that dealing in his mother’s affair with his dad’s best friend, which he learned about as a teen, made him “realize that I had been carrying that burden all these years,” which he “had to exorcise ... from my own heart and soul.” 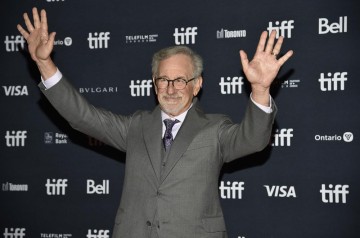 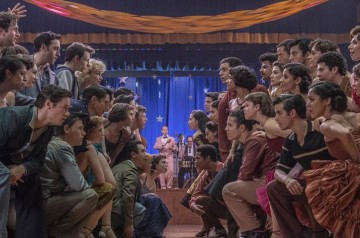