By Menna A. Farouk 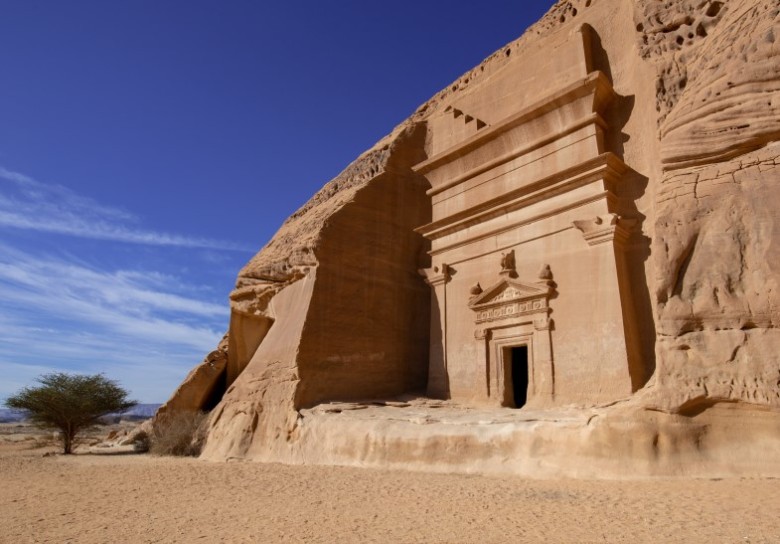 AlUla is a place of extraordinary human and natural heritage, a living museum of preserved tombs, sandstone outcrops, historic developments and monuments.

Saudi Arabia is racing against time to turn the country’s northwestern city of AlUla into a global heritage destination, while preserving the region's natural and cultural characteristics in cooperation with the local community and a team of international experts.

In 2021, Saudi Crown Prince Mohammed bin Salman launched the “Journey Through Time” plan for AlUla, which will take its visitors through 200,000 years of natural and human history.

The scheme sets out a 15-year program to develop the core historical region of AlUla, a unique cultural region located in the northwest of the Arabian Peninsula, in a responsible and sustainable manner.

The plan contributes to the advancement of the Kingdom's Vision 2030, opening a new chapter in the development of AlUla as an open museum, while accelerating the growth of a diversified economy and vibrant society.

According to Saudi officials, the Journey Through Time master plan will transform AlUla into a global destination for heritage, culture and nature.

Improving the quality of life for residents, enhancing job opportunities, and accelerating the development of cultural and tourism infrastructure in the region are all goals that are included in the ambitious plan.

Once completed, the master plan for the development of AlUla will contribute to achieving the purposes of the Royal Commission for AlUla Governorate, i.e., to contribute 120 billion riyals to the Saudi gross domestic product, and to provide 38,000 new job opportunities by 2035.

In an interview with Majalla, Phillip Jones, Chief Destination Marketing and Management Officer, Royal Commission for AlUla, said that the experience in AlUla will be second to none.

“As I say, it's been around for 7000 years. There's a lot of information to really absorb,” Jones added.

The AlUla official also said that heritage sites in the city will be the number one attraction for visitors. However, he added that there are other things to do.

“In addition to that, it's stargazing and hiking and mountain biking, horseback riding, via ferrata, abseiling, zip lining and rock climbing,” he said.

“Then, arts. There are some big investments in the arts, and cultural experiences as well. But we're trying to be very experiential as a destination because that's what visitors are looking for.”

Jones said that there are many characteristics that make AlUla a special place, but the setting is number one.

“I mean, it's very serene, very majestic. It's gorgeous landscapes and they're all inspiring. And so that makes it very quiet.

“And, you know, at night you see the stars. Stargazing is one of my most popular experiences, and there's no light pollution.”

The projects that were announced in AlUla included the inauguration of the Sharaan Nature Reserve, the Sharaan Resort and the Global Fund for the Protection of the Arabian Leopard.

The Sharaan Nature Reserve contributes to the protection of areas of exceptional environmental value, and will work to restore the natural balance in the region between living organisms and the desert environment.

In addition, the reserve aims to conserve natural flora and fauna, and other threatened species of outstanding universal value.

Endangered animal species, including ibex, ostriches and gazelles, were also released into the reserve.

As for the Sharaan Resort, for which the foundation stone has been laid, it will include a number of hotel suites and a site that includes cutting-edge spaces equipped with the latest technical means and services, to hold summit meetings for business leaders, CEOs, artists and others.

The resort was innovatively designed in collaboration with the famous French architect, Jean Nouvel.

The Sharaan Resort emerges from the majestic AlUla Mountains and will carry the legacy of the Nabataean civilization by offering its hospitality amid the surrounding picturesque nature.

The resort blends Arab hospitality which will enhance AlUla's position as a global destination by providing a unique experience for visitors and explorers from all over the world, and all with the participation of the local community.

As for the Global Fund for the Protection of the Arabian Leopard, it will be the largest fund in the world to protect this type of endangered big cat, which is endemic to the mountains of the region.

The Royal Commission also launched the second phase of the international scholarship program, which provides the people of AlUla with the opportunity to study in the United States, the United Kingdom and France.

The Kingdom also recently announced its plans to work on the AlUla Train Project.

The train will connect the governorate through a number of stations and tracks, including monuments and historical heritage sites.

The AlUla Train Project is one of the core projects in the Journey Through Time plan, and is one of the main pillars of the program to develop AlUla.

The tracks of the AlUla Train extend for 50 kilometers, starting from AlUla International Airport in the south, to the city of Al-Hijr in the north.

The train carriages will have designs inspired by the natural and historical heritage of AlUla.

Through the Train Project, the Royal Commission for AlUla aims to enhance sustainability in mobility, by reducing congestion on the roads and lowering the noise level.

The train will use sustainable electric energy effectively, and will connect centers, neighborhoods, heritage and tourist sites, and will provide a tourist experience that celebrates the beauty of the natural environment.

Moataz bin Abdulaziz Kurdi, Head of the Governorate Operations Sector at the Royal Commission for AlUla Governorate, said: “The train tracks will be part of an integrated network of public transport that has a low impact on the environment and is easy to use for everyone between the various locations of AlUla Governorate, and our ambition is to create a tourism and service experience in the midst of the environment.”

It is expected that the design of the first phases will be completed in 2023, as the Train Project was divided into a number of lines, as the northern “red” line connects the most prominent tourist areas and archaeological sites, and it also allows easy movement between the various main sites specified in the plan.

The second stage extends to the south of AlUla, with an additional 33-kilometer track leading to the international airport.

A series of cultural events are also taking part in AlUla.

Jones said, “We have 56 different activities this year, including at least seven festivals. So we'll see more and more focused on different aspects of heritage, culture, arts, performance, as well as festivals that focus on wellness.”

AlUla also hosts the Winter at Tantora Festival, which has been extended until February 2023.

The festival presents a distinguished program full of various activities that take place every weekend and include several cultural and artistic events featuring Arab and international stars, in addition to holding weekly heritage celebrations and horse racing. 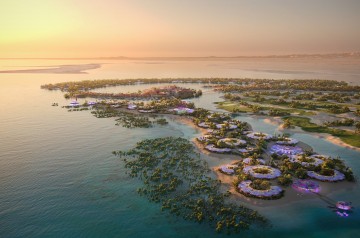 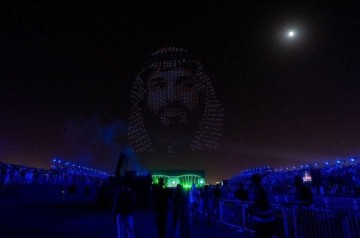 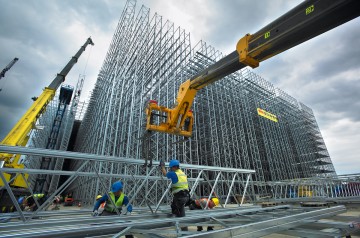