Ankara and Tehran are simultaneously targeting North Syria and Iraq 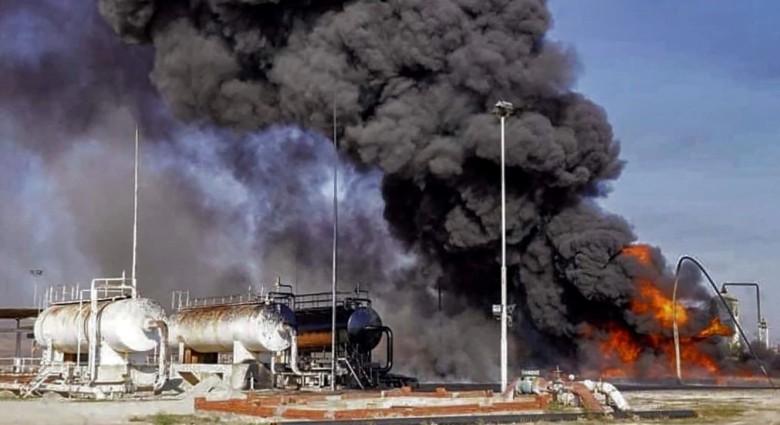 The Turkish army continues its airstrikes on Syrian areas controlled by Syrian Democratic Forces (SDF) in the countryside of the three governorates of Raqqa, Aleppo and Al-Hasakah. Turkish drones targeted these regions on a large scale resulting in the killing or injury of a number of military and civilian people, including a journalist. Does this mean that Ankara is launching a new military operation against the SDF which is backed by the United States and the Global Coalition against ISIS?

According to information obtained by Majalla from SDF and its political umbrella the Syrian Democratic Council, both the United States and Russia reject any new Turkish ground incursion in the regions controlled by the Autonomous Administration of North and East Syria (AANES) which include areas from four Syrian governorates: Aleppo, Raqqa, Al-Hasakah, and Deir ez-Zor.

Against Ground incursion but not Airstrikes

Although Washington and Moscow reject any Turkish ground incursion similar to Ankara’s previous military operations against SDF between 2016 and 2019, a senior SDF source told Majalla that both capitals don’t oppose limited airstrikes by the Turkish military against SDF, in spite of the presence of American and Russian bases in a region that is less than 45,000 km².

The Turkish air bombings have intensified this week, after targeting various SDF-controlled areas along the Syrian-Turkish borders. They coincide with movements by Iran which intends to enter the region from the side of the Arab tribes, particularly in Al-Hasakah and Deir Ez-Zor, where some areas bordering Iraq are controlled by Iranian-backed local Syrian militias.

Local sources from Al-Hasakah revealed to Majalla that “members of Iranian militias are trying to recruit more tribal members in the Al-Hasakah and Dier ez-Zor countryside, in addition to possible recruitment of people from Raqqa to curb SDF influence.” This is a common Turkish-Iranian goal, as Ankara wants to control other SDF-controlled areas, while Iran seeks to weaken SDF to empower its militias as wekk as Syrian regime forces in these regions.

Ankara and Tehran are simultaneously targeting different parts of Iraq’s Kurdistan this week, insofar as they targeted headquarters of Iranian and Turkish Kurdish parties located inside the region. This suggests an unannounced common coordination between both sides, according to an international relations and foreign policy expert.

In a reply to Majalla’s question about the Iranian stance on a new possible Turkish incursion inside Syria, academician Mohammed Mohsen Aboul Nour, the head of the Arab Forum for Analyzing Iranian Policies, said, “Iranian stances are contradictory, which reflects two points.”

He explains, “First, any operation by any party to curb the Kurds in Syria or any other country like Iraq and Turkey, would serve Iran’s interests, as it is involved in direct confrontation with Kurdish groups, especially the armed groups. Iran knows very well that there is near agreement and unity among all these Kurdish groups in various countries.

“Second, Iran knows that the Turkish government sometimes uses the Kurdish card to pressure Tehran by cooperating with Kurdish groups in armed activities inside Iran, and the opposite is correct too. There is, for example, that separation wall between Iran and Turkey because each party knows that the other one uses the Kurds as a punishment.”

He goes on to say, “Despite some reports referring to Turkish and Iranian support to Kurdish parties, Turkish and Iranian coordination is still possible to curb Kurdish capabilities. This was well known since before the Iraqi Kurdistan referendum in 2017, which was rejected by both Tehran and Ankara.”

Aboul Nour elaborated that "Iran’s desire to undermine the Kurdish component in Syria contradicts with one of its main goals, as any new Turkish incursion would weaken its ally, Bashar Assad. The Syrian triangle that Iran created with Assad was intended to expand to include other parts of the country until all Syria becomes under the grip of Assad.”

“However, it seems that undermining an armed Kurdish player, like SDF, is more essential to Tehran than Assad’s extended control over the entire Syrian territory,” explained Aboul Nour.

The academician further indicated that "Iran's declared strategy on the Turkish incursion into Syria seems unclear.”

"Turkey’s air strikes against targets in Syria greatly affect the course of Astana accords, since the Russians, Iranians, and Turks have divided Syria into regions of influence according to their interests,” he hinted.

“This means that if Turkey expands inside Syria in a way that runs counter to the Astana agreements, Iran may reject the Turkish incursion, and Tehran may resort to hard power to prevent Ankara from this step,” he explained.

Majalla obtained some leaks from the AANES that refer to intensifying communications between the United States, Russia and the Syrian regime to prevent any new Turkish incursion against the background of the continuous Turkish air raids that started early this week.

Ankara targeted military and civilian facilities that killed and injured a number of people.

Sources from the AANES disclosed that "Washington and Moscow have so far insisted on rejecting the Turkish ground incursion, but this does not mean an immediate stop of the Turkish air strikes or artillery shelling.”

The AANES communications with the Assad regime have not resulted in a comprehensive agreement so far, despite Russia’s continued attempts, an AANES source told Majalla.

The source stressed that "any Turkish ground incursion may push the regime to send more of its forces to SDF areas.”

In addition to Iran’s attempts to weaken SDF by recruiting tribe members in its controlled areas, some ISIS-affiliated networks are trying to take advantage of SDF’s preoccupation with the Turkish strikes, as the extremist organization targeted several civilian AANES locations in the countryside of Deir ez-Zor.

Some local security forces in AANES areas stated that they have tightened security in the detention centers of ISIS members and the camps in which ISIS families live in the countryside of Al-Hasakah Governorate, such as Al-Hol and Roj camps.

Turkey’s air strikes led to the displacement of residents from the Syrian towns and villages located on the border with Turkey, and most of them went to the cities of Raqqa and Al-Hasakah in the south.

A young man, who lives in a border village located on the outskirts of Tal Abyad, said he was prepared to be displaced from his village, but he added that he would not leave the area if there was no Turkish ground incursion.

He told Majalla, "We are accustomed to the airstrikes that target our villages and towns. They have not stopped since late 2019.”

He went to say, "I got tired of displacement, and I can no longer search for another place. I lived in Damascus some years ago and left for my hometown here due to the war, but today I cannot find another place to move to along with my family.”

He stressed that "the international community must stop the prolonged Syrian war.”

The Turkish army previously launched three separate military operations on the Syrian territories, through which Turkey took control of Jarabulus and al-Bab for the first time in 2016, then Afrin City in 2018, and Ras al-Ain (Sari Kani) and Tal Abyad in the third large-scale attack in 2019.

In these three military operations, militants of some Syrian groups, which were backed by Ankara and opposing Assad, fought alongside the Turkish army.

Although Turkey signed two agreements separately with the United States and Russia in October 2019, under which it pledged a ceasefire after the SDF withdrawal from Syrian towns bordering Turkey, it has continued its military attacks in that region since then using drones and artillery shelling.

The latest Turkish assault on northeastern Syria led to the entry of Syrian regime forces along with Russian military police after reaching a military agreement between the SDF and the regime for the first time since the outbreak of the Syrian war, which entered its second decade this year.

In the event, hundreds of thousands of people were displaced from Tal Abyad and Ras al-Ain after control of the cities was taken by the Turkish army accompanied by armed Syrian factions loyal to Ankara. Similarly, about 300,000 of Afrin’s original residents were displaced in 2018.

Turkey considers the People's Protection Units (YPG), a Kurdish-Syrian armed group and one of the most prominent SDF components, a branch of the outlawed Kurdistan Workers' Party (PKK).

However, the SDF constantly denies these ties and confirms that it does not pose any threat to the security of any of Syria's neighboring countries. 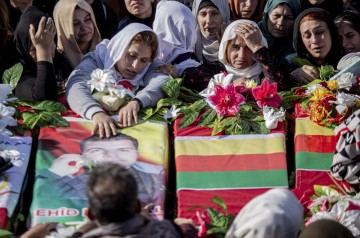 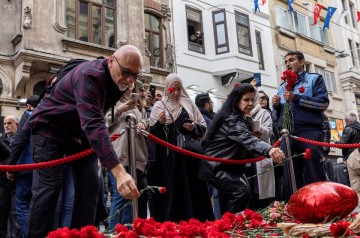 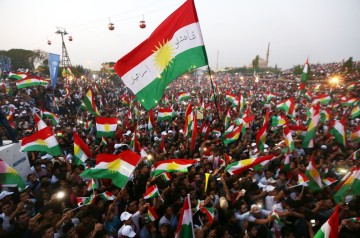 Iran and the Kurds