Emigration: Where Dreams are Forever Changing and Never Finite

A Look Into Story of One Young Australian Girl

For as long as humans have existed, there have always been migration movements. The longing for new horizons has been in most of us.

People who consider leaving their birth country to move to a new continent are increasing. They choose to take this huge step in their life to leave everything behind to relocate and venture into a new world. If at the beginning of the 19th Century, emigration would usually have been a decision which would affect the traveller’s whole life, nowadays someone can be back to their homeland within hours. The reasons why people decide to move abroad are different in nature and can vary given to the different circumstances. Some might search for a change or a life challenge, for professional opportunity, to be re-joined with someone they love.  While others might be forced to escape their country because of difficult circumstances or existential threats, such as wars, economic, political or religious reasons and are searching for a place for their safety.

I would like to bring closer a personal story of one young Australian girl called Ivy, who left her homeland at the sweet age of 21. It was a series of events starting at her birth that brought Ivy to the other side of the world, to London.

Her father was born in Northern Ireland and happened to be a British citizen, emigrating to Australia with his parents and five sisters in the 1970’s. This made Ivy’s own journey to Europe a lot more straight forward and flexible than most, as she was eligible for British citizenship before even having set foot in the U.K.

She had spent what would now be referred to as a ‘gap year’ teaching English in central China, returning a year later. Unsure about her future and without knowing about her next move, she only felt that the pull for travel and adventure was strong and wanted to follow it.

Ivy met a friend who would spend his Australian summers in Austria skiing, travelling around Europe and returning for the Aussie ski season (fun fact: Australia receives more snow coverage than Switzerland).

So she decided to try out a ski season in Austria as well. But after the season was over, she travelled to London to visit a childhood friend who had just finished an exchange program in Spain and was living with her British cousins. Ivy’s plan was to get some temporary office work and save to see some more of Europe. They took a few short trips together, but very quickly her Australian dollar dwindled against the British pound and she found herself looking for something more permanent. Life sometimes has different plans for us. So, she found a junior position in an office. Soon after “I met my now husband… three kids, a dog and 16 years later… the rest is history,” she said with a smile.

When asked what the feeling was, while sitting on the airplane from Brisbane nearly two decades  ago, she said that she was excited to meet up with her friend. “I remember my preconceived image of London being like everything I had seen in the movies… Paddington bear. Buckingham palace. Bobbies in their hats and London Bridge (which, as it happens, isn’t the pretty one- that’s Tower Bridge).”

However, her idyllic image of England was slightly different than the reality. She got off the plane and the first thing she noticed were police everywhere with machine guns. This was early 2006, shortly after the 2005 London bombings, so everyone was on high alert. It was quite daunting for her at first. Ivy’s grandparents had told her not to take the bus or the underground, which, she quickly learned, would have been completely impossible, as this is the main source of transport for London.

When asked what she was hoping to find in Europe she said that she was really hoping to have fun, make some money, and experience all that London had to offer. She found the cost of London at the time was incredibly prohibitive, so she was a little bit disappointed at first. “It definitely took some adjusting. I was quite a young, sheltered and naive Australian girl and, looking back, a little bit entitled in my expectations. Even though I spoke the same language … the culture does have some similar parallels, there are definite, and often times nuanced differences that can take years to detect and pinpoint.”

Then, at the beginning of summer 2022, Ivy’s life as planned took her in some completely unexpected directions.  “If you are open to receiving what life has to offer, you will never be disappointed,” Ivy reflects. “I would say, my dreams are forever changing and never finite.”

After building a life in London for over 16 years and giving birth and raising three children in one of the biggest cities in Europe, creating a rather happy and balanced life in London despite the chaos, they decided it was time for another change. This time... by taking the journey back home.

Many factors have led the family to decide to return to Australia. There are so many Australian songs that refer to Australia as being the place you will always call ‘home,’ regardless of where you have been in the world. Many Aussies call it a rite of passage to spend some time abroad. Not all of them stay as long Ivy did, but if you’ve spent enough time in another ‘home’ away from home to form meaningful connections, you will relate to the feeling of forever having half of your heart somewhere else.

It was definitely not an easy decision, but one that Ivy and her husband weighed carefully, and factored in the ages of their children, the political and economic climate, and of course, their aging parents.

Having been through the shared experience of Covid, everyone will relate to having a moment of revaluating their lives. Some people realized they needed to adjust their work/life balance, others discovered the value of having outdoor space, some bought a longed-for pet… “We decided to pull the ripcord on something we had discussed but put off for many, many years. Even if it’s only to see how we go.”

Preparing to depart from London was not something she would want to relive in a hurry. “We had a lifetime of ‘stuff’ packed into a home. A home we had brought our three babies home from hospital to” she recalled. The five airline tickets were just the tip of the iceberg. They had to decide what to keep, what to donate, what to ship, find someone to move into their London home, and how to get their five-month-old pet home. The logistics around that were a feat in itself. As soon as they had booked the tickets, Ivy started slowly but decisively working through room by room, sometimes ruthlessly culling all the things they had acquired over the years, so that it would make things easier when it came to packing. The family hired a company to come in and do all the packing.

That’s not even mentioning the emotional preparation which was the hardest part of all. Saying goodbye to their friends and community was completely gut-wrenching. Thoughtful Ivy says: “I think in the weeks leading up to our departure, there wasn’t a single day that went by that I wondered whether or not we were doing the right thing. Saying goodbye to the kid’s amazing school and all of their incredible friends, parents we had grown close to. Friends who we had been with over all the years in London who had become like family. Being able to pop in with a flat white to our lovely neighbour after the school run. Running into families in the park. It really had become the dream in terms of community”

With a sense of bittersweet emotion, Ivy states that “When you leave and say goodbye, and you are surrounded with so much support and love, you take that love and support with you wherever you go. You carry it in your heart and that happiness reassures you that you bring your happiness with you.”

Ivy and her husband with their three children have by now arrived well in faraway Australia. “Still settling in so haven’t quite figured out my feelings about being here yet. Just enjoying the first few days. Lots of reverse culture shocks”

Luckily, thanks to modern technology, Australia and Europe seem to be just around the corner when video calling between the continents. Some people, regardless of the time you have spent together, touch hearts and remain connected forever. Same for homelands… there is no place such as home. 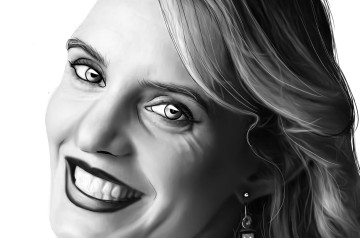 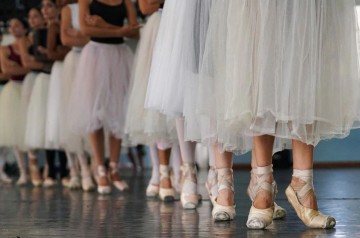 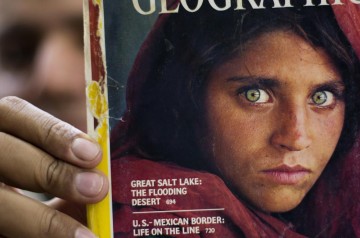 Afghan Girl From Famous Cover Portrait is Evacuated to Italy