Why the European heavyweight outlawed the Lebanese terror group? 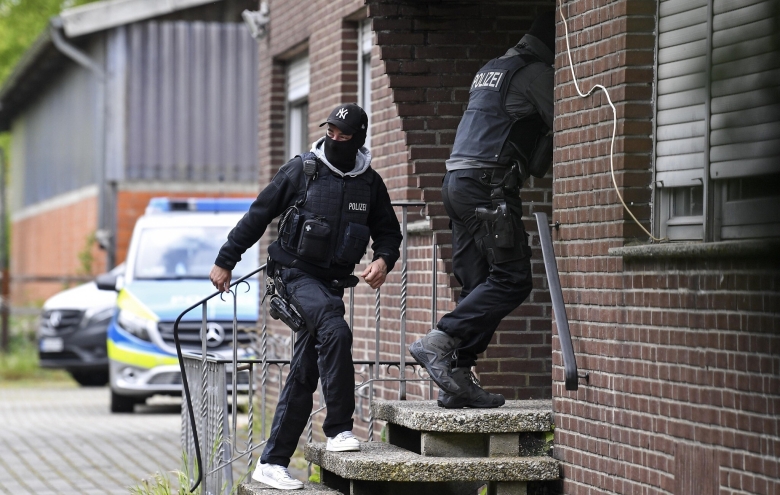 Hezbollah has been involved in the management and implementation of a group of criminal and terrorist operations along with internationally illegal activities. The group retains the ability to directly and indirectly target Western interests around the world, and Germany is a "starting point" for carrying out such operations.

As part of German intelligence efforts to reduce the risks of Hezbollah operations, on October 15, 2021, the German police raided sites in seven German states against the Lebanese Hezbollah group.

The searches came after the Ministry of Interior announced the ban of three groups linked to the group. The authorities said the groups were suspected of collecting money for families of dead Hezbollah fighters while masquerading as “humanitarian” organizations.

Raising security concerns, Hezbollah is present in a number of European countries and uses the European continent as a base for operations and recruitment.

German internal intelligence reports that more than 1,050 active members are in Germany alone.

Hezbollah's bases in Europe are also a central part of the illicit global financing network. This includes the transfer and distribution of illegal drugs, the arms trade, and the process of money laundering for other criminal organizations.

Convictions in Cyprus in 2015 showed that the Hezbollah group uses European territory to store some of its "logistical" supplies to carry out terrorist and outlaw operations.

A senior US State Department official, Nathan Sales, said on September 18, 2020, that the extremist group Hezbollah had stored chemicals that could be used to make explosives in several European countries and appealed to countries in Europe and elsewhere to impose a ban on the organization.

Sales, the Coordinator for Counterterrorism, said that Hezbollah operatives have transported ammonium nitrate from Belgium to France, Greece, Italy, Spain and Switzerland in recent years, and are suspected of still stockpiling the material throughout Europe.

The assistant director of the US Drug Enforcement Agency (DEA) said that Hezbollah used the profits of its drug smuggling operations to buy luxury goods, which are smuggled into Lebanon at customs, and then reselling them.

In an interview with journalist Aref Jabo in the German city of Bonn, he told Majalla, “The German intelligence services have repeatedly revealed that Hezbollah is involved in money laundering and drug trafficking in Germany and it has extensive business networks that transfer funds using companies as fronts.

He added that Hezbollah mostly transfers funds to its branches in Lebanon through close businessmen, and recycles those funds in banks and accounts belonging to party members and supporters.

Germany is considered the largest arena in Europe for the group due to the presence of Arab communities, including the Lebanese community.

He added that German internal and external intelligence, of course, is monitoring these activities, especially after the ban on the political wing of the party for more than a year, along with the ban on the military wing.

A German decision to ban the group comes insofar as its activities do not comply with the German constitution and laws. Jabo also said, however, that the European Union and the European Commission had previously designated it a terrorist organization since 2013.

He added that security and intelligence cooperation to follow up on Hezbollah's activities is not limited to national agencies, but also involves Europol and Western countries friendly to Germany, most notably the United States and Israel, to combat Hezbollah's criminal and terrorist activities.

Hezbollah also receives financial support from some diaspora and, along with unregulated banks, exchange and cash companies, networks in South America, has funneled money from supporters of Hezbollah to support its operations in Lebanon, Syria, and elsewhere.

Hezbollah financiers and sympathizers take advantage of free trade zones and weakly regulated countries as environments to establish import-export companies and carry out complex money-laundering schemes based on the trade of money to China, the United States, and elsewhere.

Hezbollah established companies in several free trade zones, including the tri-border area of Argentina, Brazil, and Paraguay, the Iquique region in Chile, and the free trade zone in Panama.

The group has been responsible for a number of major terrorist acts in the European Union since the 1980s. In 2012, the Hezbollah group in Burgas, Bulgaria, carried out a terrorist operation that claimed the lives of six civilians. It was this tragic event that forced Europe to recognize Hezbollah's military wing as a terrorist organization.

Some countries have blacklisted Hezbollah as a terrorist organization, including the United States, and the United Kingdom since 2019. But the European Union has designated Hezbollah's military wing only, not the political wing.

This comes even though a growing number of EU member states, including Austria, the Czech Republic, Estonia, Germany, the Netherlands and Lithuania, have opted to put the entire group on the terrorism list.

Members of the European Parliament, national European parliaments, Congress and the US Senate said in a statement that the EU should ban the entire Islamic political party and the armed group Hezbollah as a terrorist organization, Politico reported on July 17, 2020.

The statement, which was sent to the heads of EU institutions - Ursula von der Leyen of the Commission, Charles Michel of the Council.  David Sassoli, as well as the bloc's head of foreign affairs Josep Borrell, denounced the group as "the deadliest group," saying its "violent and anti-Semitic ideology is poisoning."

The declaration, signed by 236 legislators from both sides of the Atlantic, said that the European Union's ban on the so-called military wing of Hezbollah was not enough, and that the distinction between political and military weapons was "wrong."

Germany, unlike many European countries, does not impose any restrictions and prohibitive standards, or control forms of funding and communication between various religious institutions, groups and political parties, which allows the exercise of political and propaganda activities.

But in recent years, this policy has begun to change little by little. There have been campaigns against centers linked to Hezbollah, after it was designated a terrorist organization.

Despite the efforts of German intelligence and investigations, the composition of the Hezbollah group in Germany is still unclear, as the party does not have a hierarchical or partisan organization and the party relies on interfaces through which it operates.

It is assumed that Germany's decision to ban Hezbollah will have an effect on encouraging other European countries to join Germany, as well as Britain, to put the political wing on the terrorist list as well.

The legal status of Hezbollah puts its supporters and party members under surveillance and legal accountability. This means that Germany will witness a significant decline in the group's operations and activities. Today, Hezbollah has lost Germany as a haven and logistical space to carry out its operations in Europe and abroad.

The recent decision to ban the activities of the entire movement on German soil and designate Hezbollah with all its wings as a terrorist organization, will reduce Hezbollah's activities in Germany and Europe and could also have an impact on its sources of funding inside Lebanon. 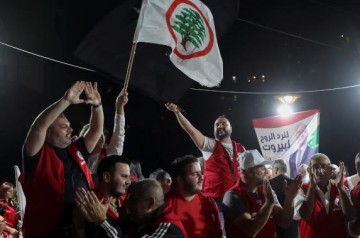 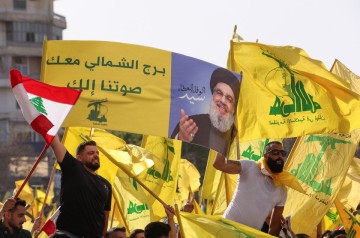 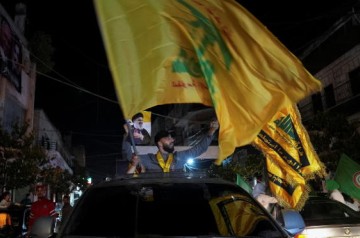