People line up to get tested at a mobile nucleic acid testing site, amid the coronavirus disease (COVID-19) outbreak in Beijing, China May 6, 2022. REUTERS/Carlos Garcia Rawlins

China's capital Beijing kicked off a fresh round of mass testing for COVID-19 on Saturday and shut more bus routes and metro stations, as it seeks to avert the fate of Shanghai, where millions of residents have been locked down for over a month.

The draconian movement curbs on Shanghai, an economic and financial hub, have caused frustration among its 25 million residents and triggered rare protests over issues such as access to food and medical care as well as loss of income.

While some people have been let out for light and air in recent weeks, residents for the most part say they still cannot leave their housing compounds.

Shanghai cases have fallen for eight straight days and the city says its outbreak is under effective control, allowing it to shut some of the makeshift hospitals it raced to build as case numbers ballooned.

But authorities have also indicated that a full easing is still far off and warn against complacency to stick to China's zero-COVID goal.

In a Saturday announcement underscoring that expectation, Shanghai officials postponed the "gaokao" university entrance exam for city to early July. It took place in June last year and the last time that happened was in 2020, during the initial virus outbreak.

The city's top Communist Party official, Li Qiang, a close ally of President Xi Jinping, told a Friday government meeting that it was "necessary to issue military orders at all levels, and take more resolute and powerful actions to overcome the great war and great tests," according to an official statement.

The number of infections in Shanghai outside areas under lockdown - a gauge of whether the city can further reopen - fell to 18 on Friday from 23 the day before. Total new cases declined slightly to around 4,000, data released on Saturday showed.

Shanghai is also building thousands of permanent PCR testing stations, in line with other cities, as China looks to make regular testing a feature of everyday life.

China's COVID policy is increasingly out of step with much of the rest of the world, where governments have eased restrictions, or dropped them altogether, in a bid to "live with COVID" even as infections spread.

But Chinese leaders this week reiterated their resolve to battle the virus and threatened action against critics of their strict measures. Beyond Shanghai, dozens of cities have imposed full or partial lockdowns, relaxing and tightening curbs at various times.

The measures are exacting a mounting economic toll that has fueled complaints from global industry groups and businesses at home.

In Shanghai, although the government has provided guidelines on how companies can restart operations, a survey conducted of Japanese firms in late April found the majority were still struggling to do so due to the onerous requirements.

Since Friday, organizers have cancelled, postponed or relocated a slate of major international sporting events set to take place in China in the second half of the year, including the Asian Games set for Hangzhou in September and Diamond League athletics meets originally scheduled for Shanghai on July 30 and Shenzhen on Aug. 6.

The moves, which followed a government meeting on Thursday chaired by Xi that called for a doubling down on the zero-COVID approach, defy a global sporting calendar that has largely returned to normal.

Beijing is striving to avoid an explosion in cases like that of Shanghai by conducting rounds of mass testing, banning restaurant dining-in services in multiple districts and has shut more than 60 subway stations, about 15% of the network.

On Saturday, it kicked off the first of three new rounds of daily testing in its biggest district, Chaoyang, home to embassies and large offices, and said residents in other areas where cases had been reported needed to take tests on the weekend. 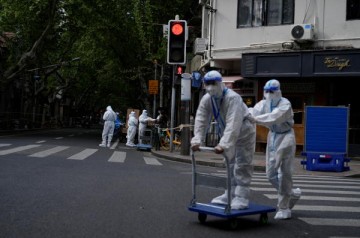 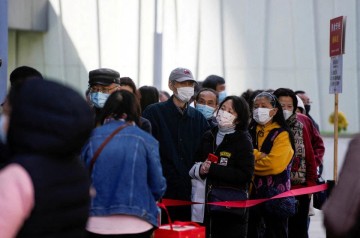 Shanghai Reports 20 New COVID-Related Deaths, Down From 32 A Day Earlier 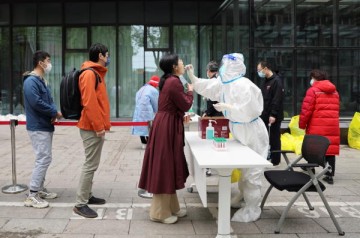