What is exactly the relation between former president Donald Trump and Russian President Vladimir Putin?

The Russian commentator said: "I am certain that a decision to destroy us was reached in 2012 by the same group to which Joe Biden belongs. He told President Putin that he had no right to run for reelection. And Putin rejected his demand. From that point on, a conspiracy against us started … And it would have worked if not for Trump. Trump gave us those four years. Thank you very much Trump.”

In 2016, during the presidential campaign and also after being elected president, Trump spoke favorably of Putin.

On the other hand, the Democrats, and others, accused Trump of secret ties with Putin, not only because of Trump's financial investments in Russia, but also because of Trump’s criticism of NATO, and of fear that he would endanger the security of Europe.

Although Trump has criticized Putin's full-scale invasion of Ukraine, he had described the Russian president as a "genius" and "smart" just before the invasion.

The Democrats, with a majority in the House of Representatives, are pushing a resolution that calls for NATO to be more than a military alliance, to be “a force for countries’ sovereignty, integrity and democracy.”

But many Republicans voted against the resolution, arguing that NATO should confine itself to military issues.

Following are three opinions about this subject, excerpted from each author’s tweets, websites and statements to the media:

First, Trump argued that Putin could be right in trying to secure Russia’s security and sphere of influence.

Second, Robert Reich, a progressive liberal, who was Secretary of Labor in the Clinton administration, severely attacked Trump and said there was no difference between him and Putin.

Of course, he did. But, he would never, ever, have gone into Ukraine if I were the president …

During my first summit meeting with the leaders of NATO's countries, I told them that I might not abide by NATO’s Article Five, about collective-defense, if those countries didn’t pay more for its budget.

I told the NATO’s leaders that if their countries did not live up to their spending targets (increase their contributions) by the end of 2018, I would do my own thing …

A fellow leader asked me: ‘Does that mean that you won’t help us if we were invaded by Russia?'  I said, ‘That’s exactly what I mean.’

Then, later on (in 2018), I was again calling that into question. I, again, suggested it might not be worthwhile for NATO countries to commit to defending tiny Montenegro (population: 600,000) …

“Why do Putin, Trump and the Republican party sound so alike?

Putin’s lies and the lies coming from America’s extreme right, are mutually supporting...

In a recent speech from his office in the Kremlin, Putin criticized the West’s ‘cancel culture,’ which, he charged, is ‘ ”canceling” Russia. Canceling an entire thousand-year-old country,' he said.

Which is exactly what Trump and the Republican party have blasted for several years.

In 2020, Trump said: ‘The goal of 'cancel culture' is to make decent Americans live in fear of being fired, expelled, shamed, humiliated and driven from society as we know it’ …

Then there is Trump's admiration for Putin himself. Just before Putin ordered a full-scale invasion of Ukraine, Trump described him as ‘savvy’, ‘genius’, and ‘smart’ for ‘taking over a country, literally, a vast, vast, location, a great piece of land with a lot of people, and just walking right in’ …

Putin was put into power by a Russian oligarchy made rich by siphoning off the wealth of the former Soviet Union. Likewise, Trump and the radical right in America have been bankrolled by an American oligarchy – Rupert Murdoch, Charles Koch, Rebekah Mercer, Blackstone chief executive Stephen Schwarzman, and other billionaires.

What do these two sets of oligarchs get in return?

“I am a huge supporter of NATO. I served in the Air Force during the Cold War, worked with NATO during that time period. But certain issues should be left to those individual nations, not NATO's headquarters …

Yes, I voted against the resolution that did not specifically address strengthening NATO to help Ukraine,

Instead, the resolution instructed NATO to be involved in politics. It calls for NATO’s intervention when there are ‘internal threats from proponents on illiberalism’.

Who are these? The conservatives?

And no, Trump didn't dictate that to us.

Recently, a European diplomat was quoted saying that the war in Ukraine has caused European nations to address some of the complaints leveled by Trump, including insufficient spending on defense and reliance on Russian oil and gas. Those were the two issues raised by Trump in 2018 ...

I objected not to present-day NATO but to its future direction, which places too large a burden on the US, and involves too much promotion of specific values, sponsored by the Democratic Party. The Democratic Party’s resolution contains ‘unequivocal support’ risks being mistaken for unconditional support …

I objected in particular to the resolution’s endorsement of the Center for Democratic Resilience which is designed to meddle in other countries’ domestic politics...” 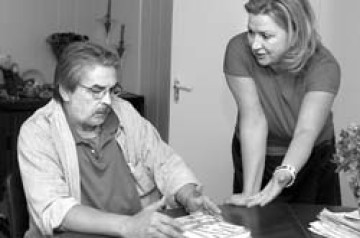 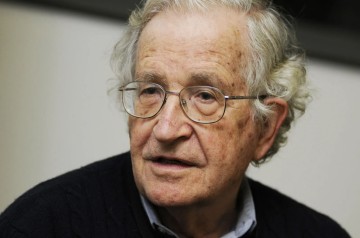 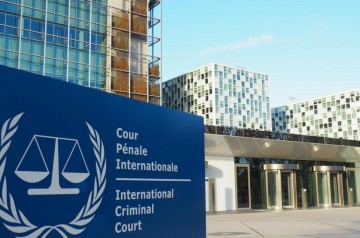 The American Hypocrisy on ICC