Germany on Negotiating Table of Ukrainian Crisis Despite Criticism 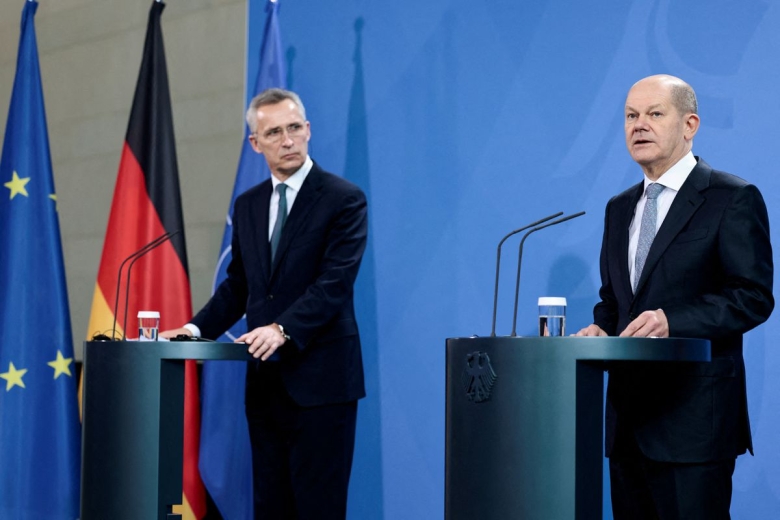 Europe remained at the negotiating table for neighboring Ukraine and perhaps this situation is correct for those who play the role of mediator. In connection with the Normandy initiative, the European Union, and the transatlantic alliance, Germany is imposing itself on the Ukrainian scene among the members of the Western alliance. This distinguishes the German position from the French position and other countries.

During her 16 years in power, former German Chancellor Angela Merkel was keen to maintain a cordial relationship with Russia, in an attempt to separate geopolitical differences from the economic interests between the two countries.

There is a consensus among observers that Germany plays a pivotal role in the Ukraine crisis and this goes back to the historical and geographical reasons of the relationship between Moscow and Berlin, demographic roots as well as strong economic relations since Germany imports 40 percent of its oil and 50 percent of its natural gas from Russia as well as cooperating on the Nord Stream 2 project.

This raises a debate about the German position at the level of NATO, the United States and the European Union. Because of these "doubts" about the German position, Antony Blinken refused to question Germany's commitment to Ukraine's security, in an attempt to not show a rift in the relationship within the Western alliance against Moscow. He stressed that Berlin, like other European capitals, would make a united and strong response in the event of any Russian attack on Kiev.

Ukraine also raised "doubts" about the German position because of Berlin's refusal to hand over weapons to Kiev, even defensive ones, unlike the United States, Britain and the Baltic states.

Germany is not currently considering withdrawing its diplomats from Ukraine. In Brussels, German Foreign Minister Annalena Baerbock stressed that she does not see the withdrawal of German embassy staff in Kiev as useful at the present time.

Defense Minister Christine Lambrecht renewed her country's position and said on January 22, 2022, that Berlin ruled out providing Ukraine with weapons at the present time in the confrontation between it and Russia, days after Kiev began training with anti-tank weapons. "I understand the desire to support Ukraine, and that is exactly what we are doing," Lambrecht said.

German Chancellor Olaf Scholz has stressed Germany's policy not to supply the conflict areas with lethal weapons.  Despite all these "doubts," German Chancellor Scholz expressed a clear position by saying that Moscow would pay a heavy price in the event of an invasion of Ukraine. Germany has not yet gotten rid of the criticism. Ulrich Speck, an expert at the German Marshall Fund of the United States think tank in Berlin, says the Chancellor's position on tension with Russia is not forceful.

On January 22, 2022, the German Chancellor went further in order to dispel criticism against Germany by saying that there is a rejection of Russia's demands to stop the expansion of NATO in Eastern Europe. "The accession of other eastern European countries to NATO is not at all on the alliance's agenda at the moment," he said.

"We are in a very dangerous situation," Scholz added, noting that the mobilization of 100,000 soldiers and a lot of military equipment along the border with Ukraine could not be overlooked and that the rule of international law should apply, not military force.

Christoph Heusgen, Ambassador and Security Adviser to former Chancellor Angela Merkel and the incoming president of the Munich International Security Conference, believes that the danger of Russia's invasion of Ukraine exists, adding, “what we want this time, is a very strong reaction.”

In this context, 70 experts on Eastern European affairs and security demanded an end to the "German special approach" towards Russia. They called for Germany not to stand idly towards Russia's aggressive actions. They see Germany as a pivotal country in the European Union and NATO, with a special responsibility in relation to Western values.

In contrast to these experts, a number of diplomats and former military personnel who have experience in Russian affairs published an appeal under the title "Exit from the Spiral of Escalation," offering four specific proposals to defuse the crisis.

They demand a win-win outcome to overcome the current intractability, and related to this is "recognition of the security interests of both parties,” according to a report by German Deutsche Welle.

Researcher Jana Puglierin considered that since Scholz came to power, "there has been confusion over who directs Berlin's policy towards Russia, whether it is the Socialist-led Chancellery or the Greens-led Foreign Ministry." The result was conflicting positions that suggested that Berlin lacked leadership.

The split is clear between the Social Democrats on the issue of the controversial gas pipeline Nord Stream 2. In mid-January 2022, the Social Democratic Minister of Defense considered that the decision to operate this pipeline connecting Russia and Germany should remain outside the Ukrainian issue. Olaf Scholz himself created the mystery when he called Nord Stream 2 a "special project" several times.

The weekly Die Zeit wrote that for many SPD officials, "the word Russia revives a bit of nostalgia" for the "ostpolitical" policy of rapprochement with Moscow initiated by Chancellor Willy Brandt in the 1970s, which is still seen as a possibility to achieve democratic progress through dialogue.

- Despite all the pressures from the Western allies within NATO and the European Union as well as Washington, Germany seems to maintain its "sober and balanced" policy of not rushing hastily in taking it position against Moscow, and this can be considered one of the rules of German policy.

-German politics during the era of the Socialists, led by Chancellor Scholz, appears to be more "sober" than the era of Merkel, and this is due to inclinations towards the Socialists more than the Christian Democratic Party and the opposite of the Green Party, led by the German Foreign Minister.

-It is expected that Germany is keen on the unity of the European Union first, and perhaps it is one of the European countries that is most vigilant of the United States' rush and escalation of its position against Moscow. This means that Germany and perhaps some European countries do not want war, at the same time they do not want Ukraine to go to Russia as Germany considers it a violation of international rules rather than a threat to German security.

The German behavior could draw some of the European parties to non-impulsive positions against Moscow in order to avoid any consequences of a slide towards war. Without a doubt, Germany and Europe would pay the price more than the United States.

- It is expected that the military escalation and mobilization between Moscow and the United States will continue, within the principle of "deterrence and counter-deterrence" and the threat of the use of force, but this does not mean the absence of a diplomatic option, although the scene can be described in the Ukrainian crisis as "the edge of war." 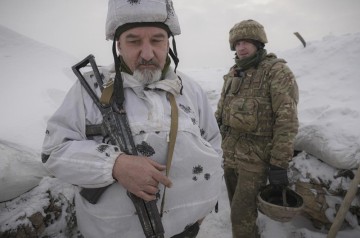 Russia Sees Little Optimism in US Response on Ukraine Crisis 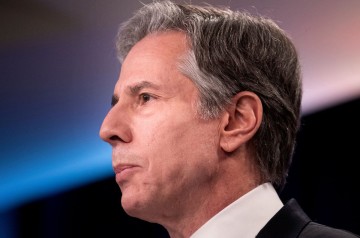