How African FDI is Shaping the Political Climate of Foreign Investors 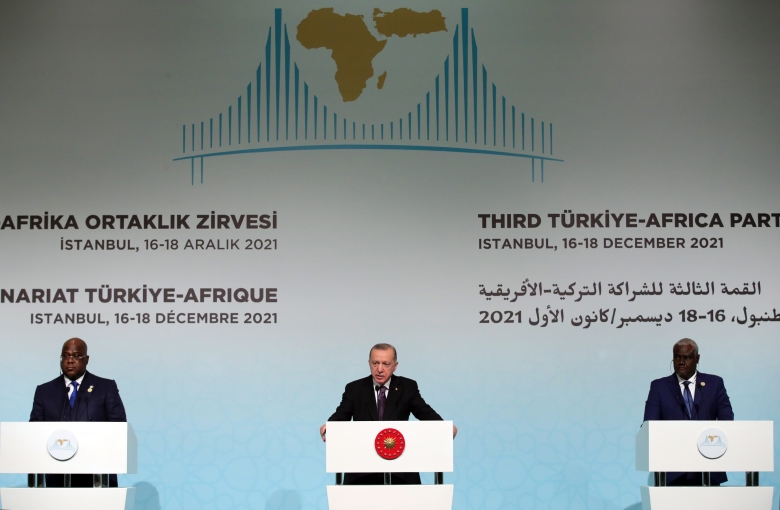 Over the past decade, the fertile land of Africa has risen as the most attractive spot for giant investors from all over the globe. Day after day, the competition has grown fierce between key players in the international community, and among the regional powers of the Middle East, on the many opportunities the huge African market encompasses. However, day after day, the gap between what the investors want and what the African people want grows wider. While every foreign investor, legitimately, works to achieve the maximum gain from their investments in Africa, only a few care to provide the maximum benefit to Africa.

According to data from the “Swiss-African Business Relations Status Quo 2021” report, which traces foreign investments in Africa over the past decade (2010-2019), the top five investors in Africa are, respectively: China, the United States (US), France, Turkey, and the United Kingdom (UK). The distance between China and the United States’ positions on the index compared to all other countries on the top ten list is as wide as 11 thousand newly created jobs. Meanwhile, the gap between China as the top investor and the United States in the second position is also quite large, by at least 6 thousand newly created jobs. That is, perhaps, because China has prioritized Africa for its foreign investments, during the past ten years. At least 27% of China’s total investments, over that period, were poured into Africa.

On the regional level, the report shows that the United Arab Emirates (UAE) is the only Arab country that managed to make it to the list of top ten investors in Africa, over the past ten years. UAE holds the 9th position on the top investors list, with 2,968 newly created jobs. That puts UAE above powerful western investors like Switzerland, Spain, and Canada. The investment strategy adopted by the UAE in Africa, in the past decade, depended on annually expanding its existing projects and thus gradually and sustainably increasing the number of the jobs it creates in Africa.

Obviously, the UAE is determined to continue with growing its investments in Africa, especially in the countries of eastern and southern Africa, for the coming decades. According to a whitepaper issued, in October, by The Economist Intelligence Unit (EIU), and commissioned by Dubai Chamber; the UAE held 88% (US$1.2 billion) of total investments by all Arab Gulf countries in Sub-Sahara Africa, in the period between January 2016 and July 2021.

The recent rapprochement between the UAE and Turkey, after years of bitter rivalry in Africa and elsewhere, may be reflected on their future investment strategies in Africa. If their economic bilateral cooperation succeeds, as intended, they may consider cooperating on launching new projects in Africa, especially in countries where Turkey enjoys great political and economic influence.

The Underestimated Economic Power of Turkey in Africa

Turkey is the fourth largest investor in Africa, after China, the United States, and France. The difference between Turkey’s investment power in Sub-Sahara African countries, compared to the power of European investors – France and Germany, is slightly a few hundred of newly created jobs, over ten years. However, the economic and political influence of Turkey on Africa is much bigger than any other regional or international power. That is not only because the Turkish President, Recep Tayyip Erdogan, has put Africa in the center of his foreign policy, since he took power in 2002; but, mainly, because of the Turkish Armed Forces excellence in employing military diplomacy tools to create loyalists in areas that no one expects.

In 2020, the total trade volume between Turkey and Africa reached as high as US$25.3 billion, compared to a trade volume of US$20 billion between Africa and the entire continent of Europe. Most African imports from Turkey are textiles, furniture, electronics, steel, and cement. Meanwhile, Turkey made a direct investment of US$6.5 billion in the construction sector in Africa, over that period.

Moreover, the Turkish economic, political, and even security influence on the North Africa region is also growing faster than any European country or any European collegiate body with interests in the region. Turkey enjoys a high trade volume with most North African countries, compared to the trade volume between those countries and their European partners. That includes Egypt. Despite the tensions between the Egyptian and the Turkish political leaderships, since 2013, Egypt has been regularly situated at one of the top three positions of the countries Turkey exports to. The trade volume between Turkey and Egypt rose to US$11.14 billion in 2020, compared to US$4.42 in 2007, i.e., before the Arab Spring and the consequent political tensions that were raised between them.

In the past two years, the European Council started to realize that it needs to balance the growing Turkish influence on Africa, especially in the North Africa / southern Mediterranean region. That resulted in the European Commission producing the “EU-Africa Strategy” and the “New Agenda for The Mediterranean,” last Spring, with a huge budget of seven billion euros to be spent in investments in North Africa countries, over the period extending from 2021 to 2027. However, the European approach to investments in Africa is still dominated by the “donor-recipient” model, which has already pushed many African countries, especially from the eastern and northern of Africa, to seek an alternative in Turkey.

Turkey’s model of partnership, either with countries in Africa or elsewhere, is cleverly designed to create an economic and security bond that can hardly be broken. In that regard, the Turkish military power, presented by the Ministry of National Defense (MSB) and the Turkish Presidency of Defense Industry (SSB), are always part of Turkey’s foreign outreach deals. This model has already succeeded in enabling Turkey to establish relations with countries in Asia and Eurasia, in the 1990s and early 2000s. For the past decade or less, Turkey has effectively employed the same partnership model to align important African countries, especially those located at geographic spots of strategic importance for Turkey.

As Turkey’s indigenous defense industry is getting stronger through approaching a self-sufficiency rate of 80%, by the end of 2022; Turkey eyes a golden opportunity in selling arms to the starving market of arms and ammunitions in Africa. Today, Turkey is already exporting Turkish-made weapons to Morocco, Algeria, Tunisia, Sudan, Ethiopia, Somalia, Kenya, and the list is extending day after day. The African countries are particularly interested in the Turkish drones and helicopters, as well as technologically advanced electronic war systems, that they can procure from Turkey for a relatively low cost, compared to purchasing the same equipment from the US, Russia, or China.

Following his recent diplomacy tour in Africa, in October, the Turkish President Erdogan told the press that “everywhere I go in Africa, everyone asks about UAV drones. The scale of Turkey’s drone program places it with the world’s top four producers – the United States, Israel and China”.

In December 2020, Turkey and Tunisia signed five armament contracts, amounted to US$150 million, including the sale of advanced drones. In July, Morocco signed an armament contract of US$ 50 million with the Turkish ASELSAN company to buy the Turkish electronic warfare system (Koral-EW). In January, Kenya invested US$73 million in procuring 118 armored vehicles from Turkey. In addition, the Turkish Minister of National Defense, Hulusi Akar, met with several African leaders, in October, to discuss potential deals of selling armed drones. Angola and Nigeria are the most important countries expected to turn the drone negotiations with Ankara, into an actual deal, in the coming year. Other countries, such as Togo, Burkina Faso, and Liberia have already signed agreements with Turkey for cooperation on security and counter-terrorism.

Reportedly, Turkey has already made agreements with Morocco and Ethiopia, earlier this year, to equip them with armed drones. Although no official announcement of such deals is made public, the Turkish drones have already appeared in the ongoing civil war between the Ethiopian government and the Tigray province. A recent report by the New York Times quoted two western diplomates confirming that “Over the past four months, the United Arab Emirates, Turkey, and Iran have quietly supplied [Ethiopian Prime Minister Abiy Ahmed] with some of the latest armed drones, even as the United States and African governments were urging a cease-fire and peace talks.” Notably, the drones played a tremendous role in enabling Abiy Ahmed government to eventually win the war.

Nevertheless, the Turkish military presence in Africa has increased dramatically in the past two years. Since December 2019, Turkey has established an unshakable military presence in a critical spot at the Mediterranean and North Africa region, by employing thousands of troops, military technical experts, and mercenaries to the war-torn Libya to participate in the civil war on the side of the Tripoli-based government. In addition, Turkey already operates a military base and defense college in Somalia, at a very critical spot in the Horn of Africa. Allegedly, Turkey has also been trying to build another military base on Suakin Island of Sudan, in the Red Sea, as part of a cultural development agreement signed between Turkey and the former regime of Omar Al-Bashir, in 2017.

The overwhelming rush of world powers towards Africa is a two-edged sword. On one side, the growing foreign investment in Africa has participated in unveiling the demographic and geo-economic wealth of Africa, and created more jobs that helped empower the underprivileged African youth and women. Yet, on the other side, these investments come with the heavy cost of feeding the chronic problems of the continent, rather than solving them; because keeping the doomed status quo serves the interests of the investors better.

Such problems range from the underdeveloped infrastructure, the instable political sphere resulting from flawed systems of governance, and the lack of security due to the widely spread tribal militia and terrorist organizations, and the never-ending armed conflicts and civil wars. Unfortunately, some of the most prominent foreign investments in Africa are already supplying the continent’s warfare zones with advanced arms, that worsened the existing conflicts rather than defusing them.

In that sense, Africa urgently needs to set its priorities and re-design its future coalitions with regional and international powers to satisfy the needs and aspirations of the African people, not the goals of the foreign investors. A good starting point, for this purpose, should be the “Medium Term Strategic Plan for 2021-2025 (MTSP)”, which was announced in Cairo, in November, during the latest Summit of the COMESA (The Common Market for Eastern and Southern Africa). The MTSP plan cares for creating a continental integration that enhances opportunities for intra-trade and intra-investments between African countries, from the North Africa and Sub-Sahara, especially in sectors of energy, communications, transport, and information technology.

Great-Power Competition Is Coming to Africa 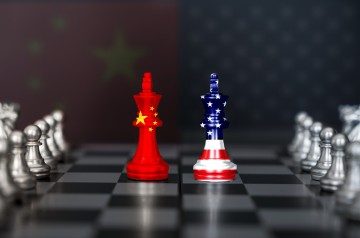 Competition Can Be Good for the Developing World 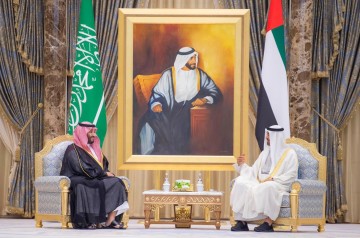 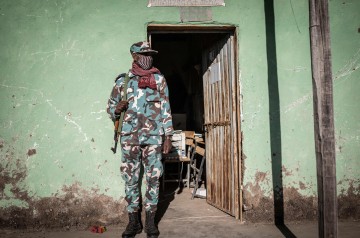