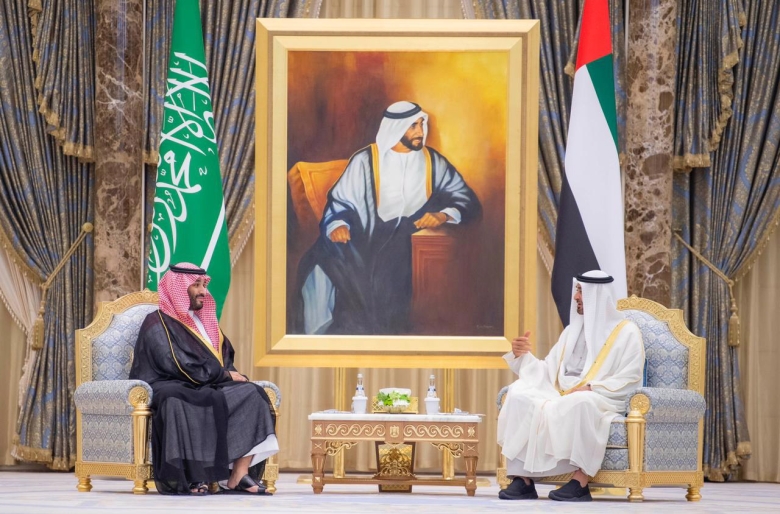 Most of the news coming out of the Middle East, these days, is about the Arab Gulf countries’ unprecedented diplomatic activity on both regional and international horizons. The Arab Gulf region is living a positive momentum of political and economic expansion, which indicates that the Middle East region is finally starting to recover from the painful decade of the Arab Spring aftermath. The Arab Gulf momentum has started in January, when the countries of the Gulf Cooperation Council (GCC) wisely decided to find a way to coexist, despite their conflicting political visions and interests. The rapidly changing security and political circumstances inside and around the Arab region, especially after the United States withdrawal from Afghanistan in August, accelerated the process of re-tying the brotherly bond between Arab Gulf countries, and thus pushed the Gulf region to the forefront of leading the future of the Middle East, in contrast to the diminishing regional roles of Egypt and Syria, since the Arab Spring revolutions. However, the quick pace of regional transitions should be balanced by strengthening the internal cohesion to avoid undesired consequences of this critical phase in the life of the Arab Gulf and the entire region of the Middle East.

Opening to Turkey and Iran

The election of the Democrat President Joseph Biden in the United States and the renewed geo-economic opportunities, which stirred deep-rooted geopolitical tensions in the eastern Mediterranean basin, pushed Arab states to keep pace by reconsidering their existing regional and foreign policies. The Gulf reconciliation process that started by signing Al-Ula Agreement in January, was one important step in that direction, as it ended years of extreme political polarization among Arab Gulf countries. Since then, the Middle East is no longer a scene where Saudi Arabia, United Arab Emirates (UAE), Bahrain, and Egypt stand together in one camp against an adversary camp of Qatar, which had to push against being isolated by enhancing its alliance with the axis of Turkey, Iran, and Pakistan.

This brave, but relatively swift, decision to abandon internal disputes and look for peaceful coexistence, enhanced by the United States withdrawal from the Middle East, created a state of fluidity that accelerated the course of reshaping regional coalitions in an unexpected way.

During his speech at the Qatari-Turkish Joint Forces Command in Doha, on the 7th of December, President Erdogan said that “All the peoples of the Arab Gulf are true brothers of Turkey, regardless of their origins, sects, or beliefs." He also asserted that Turkey is actively working to fix its relationship with all Arab Gulf countries. On another occasion, in November, President Erdogan noted that Turkey shall take steps to accelerate the reconciliation process with Egypt and improve its diplomatic ties with Israel. Some reports mentioned that Turkish ambassadors may be re-appointed for Egypt and Israel, in the near future.

In record time, Egypt and Qatar fixed their torn relationship and started fruitful cooperation, not only on fulfilling bilateral interests, but also on co-managing chronic regional troubles, such as the Israel-Palestinian conflict. Since the latest episode of war between Israel and Hamas, in May, Egypt and Qatar have been closely coordinating to reconstruct the Gaza strip and provide humanitarian aid to the Palestinians living there. This level of cooperation between Egypt and Qatar was an impossibility, only a few months ago.

On the other hand, more Arab Gulf countries decided to open up to the idea of cooperating with the non-Arab states of Turkey and Iran, due to their direct influence over political and security dynamics in the Middle East region. The UAE took the lead role on this rapprochement effort. On the next day of Taliban’s seizure of power in Afghanistan, in mid-August, UAE’s National Security Advisor, Sheikh Tahnoun Bin Zayed, took a flight to Ankara to meet with the Turkish President, Recep Tayyip Erdogan. Sheikh Tahnoun’s move and President Erdogan’s quick response surprised observers due to the history of fierce rivalry between Turkey and the UAE.

Three months later, on the 24th of November, Sheikh Mohammed Bin Zayed, the Crown Prince of Abu Dhabi and the de facto ruler of UAE, led a high-profile delegation to Ankara to meet with President Erdogan and sign a dozen memoranda of economic cooperation between the two countries. At the end of the visit, Bin Zayed pledged to invest a total of ten billion dollars in the Turkish market. The huge Emirati investment is considered a booster shot that the Turkish economy badly needed, amidst a struggle with the record decline rates of the Turkish Lira. UAE, by showing confidence in the Turkish economy, has encouraged other regional economic powers, such as Saudi Arabia to consider picking up some investment opportunities in Turkey.

On the next day of UAE’s senior delegation visit to Turkey, on November 25th, Saudi Arabia’s Minister of Commerce, Majid bin Abdullah, flew to Istanbul to meet with Turkey’s Vice President Fuat Oktay. The two officials discussed investment opportunities that may emerge out of the current economic crisis in Turkey. On a general note, the official ties between Turkey and Saudi Arabia have been steadily improving since the leaders of the two countries communicated during the G-20 meeting in October 2020. Next week, Turkish Minister of Foreign Affairs is expected to visit senior officials in Saudi Arabia to explore means of taking the Saudi-Turkish affair to the next level.

Meanwhile, UAE’s Sheikh Tahnoun bin Zayed has already started moving towards Iran. On the 6th of December, Sheikh Tahnoun paid a rare visit by an Emirati official to Tehran. He met with his Iranian counterpart, Ali Shamkhani, and the Iranian President, Ebrahim Raisi, to discuss bilateral and regional ties. Over the past years, the UAE has been careful not to break economic and political relationship with Iran, due to their geographic proximity. However, this is the first time, the UAE has actively sought to expand and deepen bilateral ties with Iran, in spite of its continued political and ideological conflict with Saudi Arabia, highlighted by its support to the Houthis in Yemen.

On the 7th of December, while President Erdogan and his top ministers were in Qatar for routine strategic talks, a delegation from UAE visited Ankara for negotiating defense deals. To the anger of the ultra-nationalist Turkish public opinion, some reports claimed that UAE asked to buy shares in ASELSAN, Turkey's leading electronic defense manufacturer. One quarter (25.6%) of ASELSAN company shares is already listed in the Borsa İstanbul (BIST) stock market. This means that, although ASELSAN is a national company, the UAE can actually buy the company’s shares as part of its economic investment in Turkey. On a side note, ASELSAN opened a branch in Doha, in January, as part of the military agreement between Qatar and Turkey.

The UAE delegation’s visit came three days after positive statements by Ismail Demir, the Chairman of the Turkish Presidency of Defense Industries (SSB), about the potential of cooperation in the defense sector between Turkey and the UAE. “When we look at our defense industry figures, we see that our defense industry relations continued even during times of crises. There was contact even when relations were not at their highest,” Demir told the press. In fact, the UAE purchased weapons from Turkey for more than 90 million dollars, during the first quarter of 2021, according to official statistics by the Turkish Ministry of Commerce and the Exporters Council.

The UAE’s move to negotiate defense and armament deals with Turkey came exactly two days after UAE signed a contract with France to purchase a record number of 80 Rafale fighter jets, which will cost more than 17 billion euros. This is the first time the UAE, or any other Arab Gulf country is making such a big armament deal with any arms exporter country, other than the United States. The UAE has been waiting for so long for the US Administration of President Biden to implement the F-35 fighter jets deal, signed in 2020, under the Trump Administration. The deal has been postponed several times, since Biden took office in January, due to pressures from Congress members and Israel.

On pragmatic terms, the UAE investment in Turkey’s defense sector is beneficial to both Turkey and UAE. For UAE, it can buy advanced technology weapons from Turkey, including benchmark drones and tanks, with a low cost of manufacturing and importation, compared to the high-cost weapons that it can procure from France or Russia. For Turkey, the UAE investment in its defense sector, does not only mean more money to be poured into the Turkish economy, but also a huge support to its indigenous defense industry.

However, in practical terms, defense cooperation between Turkey and the UAE remains a very sensitive issue. Despite recently signed historical economic cooperation agreements, Turkey and UAE are still supporting and sponsoring conflicting actors in various ongoing conflicts in the Middle East and Africa. That is clearly seen in the examples of the civil wars in Syria and Libya. Moreover, the UAE is already having military cooperation agreements with France, Greece, and Cyprus. All of them are counted as enemies by the Turkish state and public. It is unlikely that UAE will abandon its relationship with Greece or France to ally with Turkey. All these considerations make effective UAE-Turkey cooperation in the sector of defense a challenge for both countries and their existing allies.

The political unity of Arab Gulf countries adds more power to their existing economic supremacy, in the eyes of the international community. In the absence of the United States as a historical ally and influencer, the Arab Gulf region has become an attractive playground for the competition between regional and international powers, such as the ferocious rivals – Turkey and France. This competition may benefit the Arab Gulf region in terms of opening their oil-dependent economies to new and diverse investment opportunities with Europe and Eurasia.

To achieve maximum benefit out of this momentum, Arab Gulf countries need to keep their brotherly bond intact, and to adjust their individual compasses towards the same NorthStar. In that sense, the tremendous efforts that are being exerted by Saudi Arabia’s Crown Prince, Mohammed Bin Salman, to reunite the Arab Gulf family under one mission and vision is particularly important for ensuring that the Arab Gulf countries can effectively follow their legitimate ambitions to politically and economically expand outside their geographic limitations. 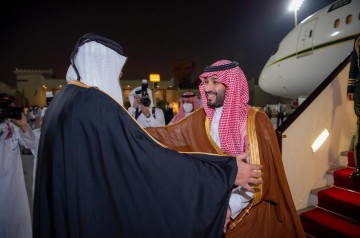 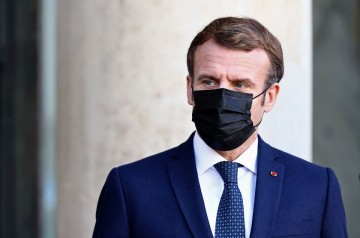