Khalifa Haftar: The Libyan General and Warlord Aspiring to the Presidency 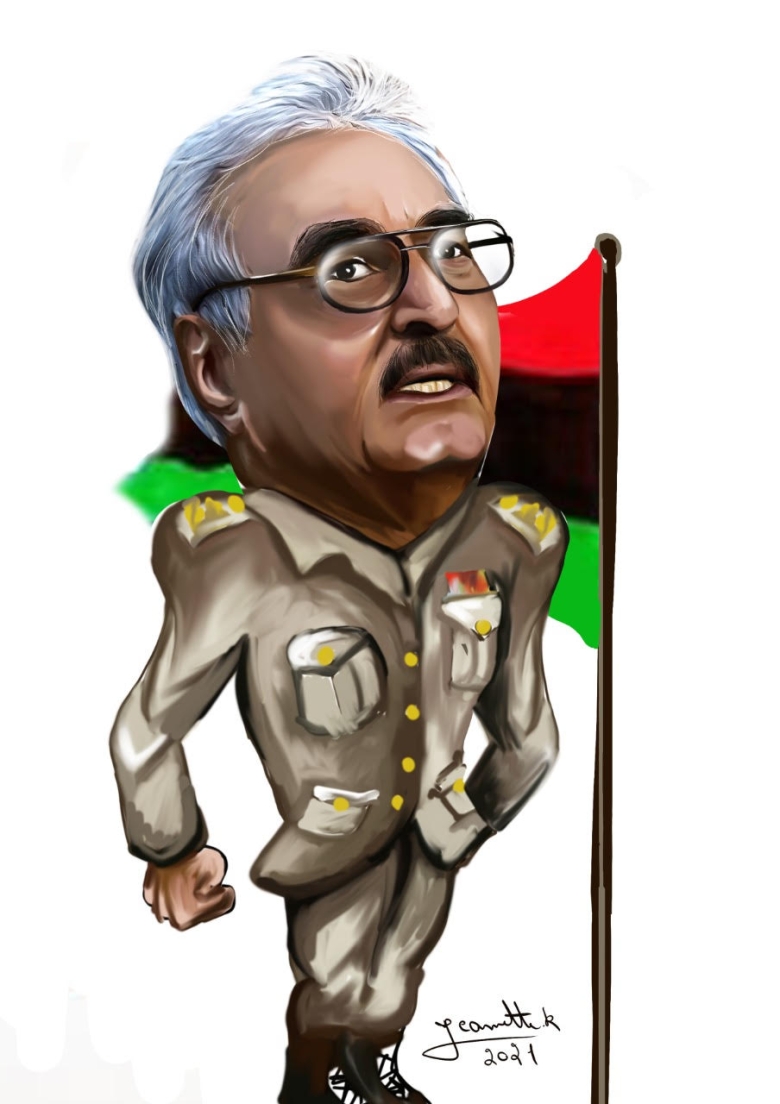 Field Marshal Khalifa Haftar, commander of the Libyan National Army, has officially suspended his military duties in preparation for a likely candidacy in the presidential elections scheduled in Libya for the end of December.

Haftar, 77, the strongman in eastern Libya, announced the appointment of a temporary successor until December 24, the date of the presidential elections, in a decision issued two weeks after the adoption of an electoral law that sparked controversy because it allows him to run for office and then take up his military position again if he is not elected.

Libya's eastern-based putschist general has been part of the Libyan political scene for more than four decades, shifting from the center to the periphery and back again as his fortunes changed.

A man with white hair contrasting with his dark moustache and eyebrows is known for his austere speech, but he loves to make dramatic statements. This began in 2014, when he announced in a televised speech the dissolution of the ruling institutions and his assumption of power, before disappearing from the scene for weeks. Despite this, he managed to form a paramilitary force in the east called the Libyan National Army (LNA) and later modified its name to the “Libyan Arab Armed Forces.” He then became the strongman in the east of the country and a major player in the crisis.

This archenemy of the Islamists succeeded in taking control of the eastern region of Cyrenaica and its largest city, Benghazi, after three years of battles against jihadist groups.

Then, he defeated extremist groups in Derna, the only city in Cyrenaica that had remained outside his control. Then, in January 2019, he launched an operation to seize the oil-rich southwest and captured its largest city, Sabha, almost without a fight.

After the start of the uprising against Gaddafi in 2011, Mr. Haftar returned to Libya, where he became a key commander of the makeshift rebel force in the east.

With Gaddafi's downfall, Mr. Haftar faded into obscurity until February 2014, when he outlined on TV his plan to save the nation and called on Libyans to rise up against the elected parliament, the General National Congress (GNC), whose mandate was still valid at the time.

His dramatic announcement was made at a time when Libya's second city, Benghazi, and other towns in the east had in effect been taken over by the local al-Qaeda affiliate, Ansar al-Sharia, and other Islamist groups who mounted a campaign of assassinations and bombings targeting the military, police personnel and other public servants.

Although Mr. Haftar did not have the financial capacity to put his plan into action, his announcement reflected popular sentiment, especially in Benghazi, which had become disenchanted with the total failure of the GNC and its government to confront the Islamists.

The controversial electoral law that allows Haftar to run was approved by Parliament Speaker Aguila Saleh, a Haftar ally, without putting it to a vote, which sparked widespread discontent in western Libya. Article 12 of the Presidential Elections Law has sparked the most criticism and states that a military person can run on the condition that he stops “working and exercising his duties three months before the election date, and if he is not elected, he may return to his previous position.”

His opponents accuse him of seeking to establish a military dictatorship in the oil-rich country, which has been in chaos since the fall of Muammar Gaddafi's regime in 2011 after a popular revolution.

Lawsuits have been filed in Libya and abroad against Haftar accusing him of committing war crimes, including allegations of his responsibility for mass graves found in western Libya, which his forces controlled during their invasion of the capital, Tripoli.

His failure to seize the capital was followed by a ceasefire agreement in October 2020, a UN-sponsored political dialogue that led to the formation of a government tasked with leading the transition in March 2021 and holding legislative and presidential elections on December 24.

As a result, Haftar committed himself to secrecy after the support of powerful tribes in the east of the country and some of his external supporters waned. He took advantage of the emergence of a political path as an alternative to the military option. 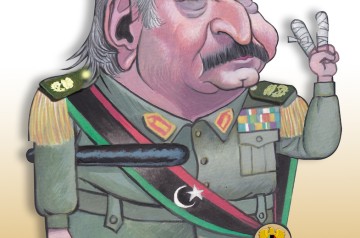 Khalifa Haftar: The Libyan General in a Battle for Control of the Capital 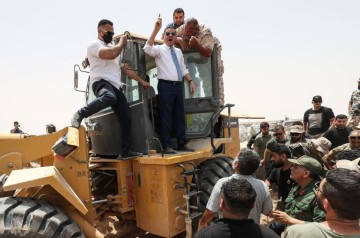 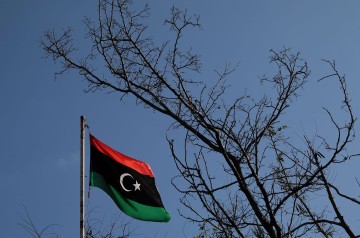