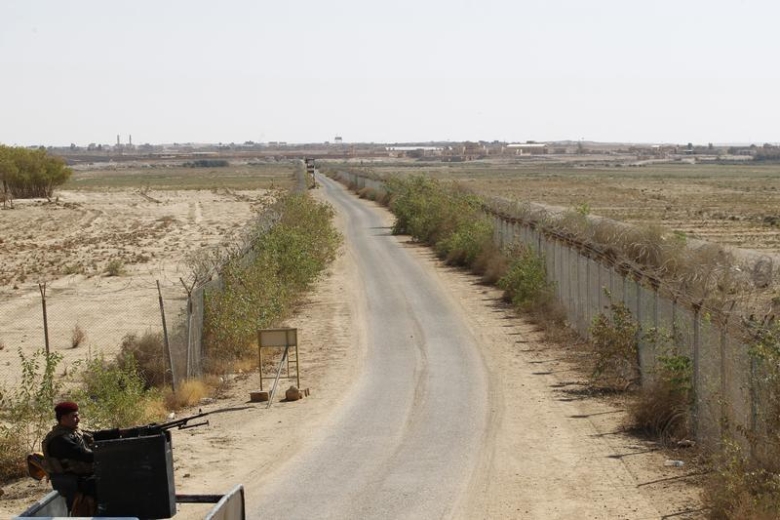 A file photo of an Iraqi policeman manning machine gun near the Iraqi-Syrian borders at the Abu Kamal-qaim border crossing, the main border post between Iraq and Syria, September 8, 2012. (REUTERS/Thaier al-Sudani)

Smuggling activities between Syria and Iraq poses a new challenge for the US-led international coalition, whose troops are located on both sides of Syrian-Iraqi borders. The coalition forces are trying to stop smuggling networks which mostly have close ties with Iranian-backed Syrian armed groups.

Although Iraqi authorities often announce that they foiled smuggling activities at the Syrian-Iraqi borders, the extended borderline which is over 600 km prevent security forces of both sides from full monitoring the borders, a source in the Combined Joint Task Force-Operation Inherent Resolve (CJTF-OIR) against ISIS told Majalla.

The CJTF is established by an international coalition that comprises Arab and foreign countries. The CJTF-OIR is located at al-Tanf base in southwest Syria which is few kilometers away from regions controlled by the Syrian regime and its Iranian-backed militia, which uses the areas surrounding the base as crossing points between Syria and Iraq, to smuggle drugs and arms.

The CJTF-OIR spokesperson Colonel Wayne Marotto, whose coalition backs Syrian Democratic Forces (SDF) along with Peshmerga (the military forces of the autonomous Kurdistan Region of Iraq), in addition to the Iraqi Security Forces (ISF), said, “CJTF-OIR maintains a presence at the an-Tanf Garrison in SW Syria and also in NE Syria, where the Syrian Democratic Forces display continued progress against Daesh (ISIS).” He also added that “Coalition forces support SDF operations and are developing the SDF’s capabilities to enable it to operate independently.”

In exclusive statements to Majalla, Colonel Wayne Marotto said, “The Coalition’s goal is to continue to develop and enable the ability of our local partners to maintain the fight against ISIS in their respective areas without external assistance and that includes the border between Iraq and Syria.”

Backed by the coalition, SDF are chasing ISIS dormant cells after the terrorist group’s declared defeat in Syrian town of Baghuz which was the extremists’ last haven more than two years ago. The coalition also supports the Iraqi forces in chasing the terrorist groups in addition to securing the Syrian-Iraqi borders and preventing smuggling activities across them.

The coalition’s spokesman revealed that the US has provided advanced equipment to the Iraqi forces “for improved security and daily operations”, especially since local parties are smuggling ISIS female jihadists from Syrian camps to neighboring Iraq.

“This equipment provides capability critical to Iraqi Security Forces in their ongoing mission to defeat Daesh,” he added.

However, the spokesman declined to comment on the continuing smuggling of arms and drugs between both countries, but he stressed that border security is coordinated between the coalition and local Syrian and Iraqi forces on both sides.

Alongside smuggling across Syria-Iraq borders, there are two serious challenges for the coalition and its local partners: ISIS dormant cells as well as the camps which house thousands of jihadist wives of ISIS fighters who are imprisoned by SDF.

Despite the coalition’s announced support to form a UN tribunal to prosecute imprisoned ISIS elements, no practical steps have been taken until now, according to a Kurdish official in the Autonomous Administration of North and East Syria.

ISIS has aggressively come back by launching multiple attacks particularly in the countryside of Deir ez-Zur in Syria. That came following the latest Turkish attack on Syrian SDF-controlled areas which was seized by Ankara and its militias in October 2019. Since then, ISIS elements have been taking advantage of the fight between SDF on one side and Turkish military and its militias on the other, and attacked the region.

Security sources in Iraqi Kurdistan said that the authorities arrested a number of female jihadists who were able to escape from their Syrian camps via local smuggling networks. They were on their way to central cities inside the Kurdish autonomous region.

Smugglers usually use Syrian-Iraqi borders to smuggle members of jihadists’ families to Kurdistan, especially if they were Iraqi women.

On the other side, the pro-Iranian Popular Mobilization Forces (PMF) control the other part of the Syrian-Iraqi borders. The PMF militias facilitate smuggling of civilians in coordination with the Syrian regime’s forces in Deir ez-Zur which is totally under the regime’s control except for small areas controlled by SDF.

The Syrian regime handed most of its security points in rural areas of Deir ez-Zur to pro-Tehran local militia, which undergo smuggling of arms and drugs between Iraq and Syria and to Jordan, according to international media reports.

A few days ago, the Syrian regime handed eight of its security points on the road linking the city of Palmyra and Al-Sukhnah in the Syrian desert to pro-Iranian militias.

It is supposed that these security barriers were handed to Harakat Hezbollah al-Nujaba and Liwa Fatemiyoun in the Homs’ countryside. These militias are the main controller of the Syria-Iraqi borders, which means that the handover will lead to an increase in smuggling operations between both countries. 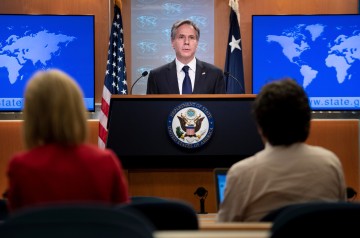 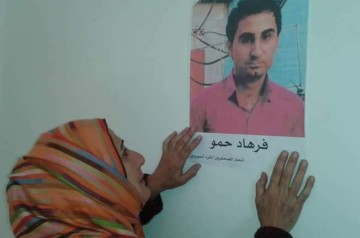 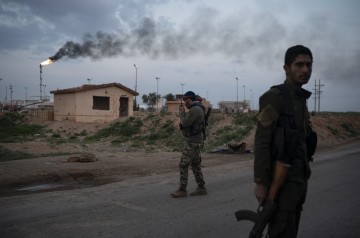 Anti-Kurdish Protests in East Syria Could Endanger US Plans