A Book Announces the Death of Two-State Solution 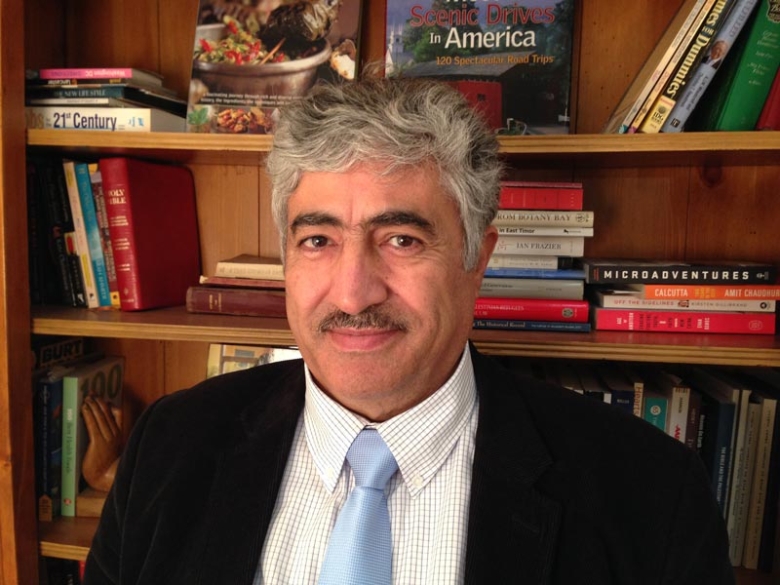 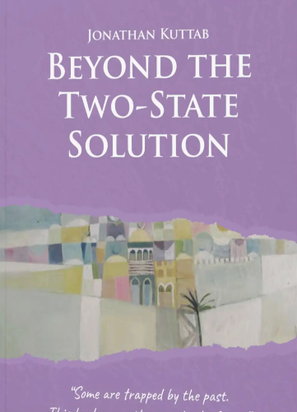 Last week, Jonathan Kuttab, a Palestinian-American lawyer and a leader among Palestinian activists, now residing in Virginia, spoke at a conference sponsored by overseas supporters of the Israeli Labor Party, and elaborated on his recently-published book, “Beyond the Two-State Solution,” asking: “How about a state where any Jew, any time, no questions asked, can go and live where he doesn’t need to defend himself?”

Kuttab was born in Amman, Jordan, in 1952, after his family fled Palestine in 1948, then returned to Jerusalem when he was a two-year old. After the Six-Day War of 1967, his family moved to the United States. He grew up to become a lawyer, after studying law from the University of Virginia, and a license to practice law in Palestine, Israel, and New York

In this interview, he spoke to Majalla about his book and controversial views.

Q: You were criticized by some Palestinians for being an American more than a Palestinian because you declared the death of the two-states solution.  How do you respond to that?

Q: Aren’t you now living in the US, because you don’t feel safe if you return to Palestine, particularly because of the opposition to your opinions about the two-state solution?

A: I am curious about who are the ones who you claim are criticizing me, and making assumptions as to my intentions, which are so far from reality.  I suggest that they read my book, “Beyond the Two-State Solution” -- it is free on the Internet.

Anyway, I am presently in the US because of Corona, but I will be returning there soon, as my office is in East Jerusalem.

And no, I don't feel unsafe because of my views.  To the contrary, I feel my views are closer to what people really want than to the two-state solution, which I championed for many years. but which was forced on us as a compromise, because the attainment of a one-state solution was considered too radical.

Q: You didn’t directly call for a one-state solution, but referred to it as “Beyond the Two-State Solution.” Why not specify how the one state is going to be?

A: If you read my book, you would clearly see the outlines of a one-state solution, and what it would look like, including security, constitution, right of return, nature of the state, and other related subjects.

Q: The one-state solution brings to mind “Jordan is Palestine.” What do you think of that? Another alternative to “Two-States Solution”?

A: The one-state has zero to do with "Jordan is Palestine".  That slogan belongs to those who think that all that the Palestinians want is a state, and, so, why not take Jordan.

My thesis is the opposite: What the Palestinians want is freedom, equality, and empowerment. At first, they thought a mini-state in the 22% of historic Palestine, the West Bank/Gaza, gave them that. But then the settlements proved that even that mini-state is not available.  My solution is for a genuinely democratic state of “Equality” in all of Palestine.  It has nothing to do with Jordan whatsoever, and does not diminish Palestinian rights, but enhances them.

Q: You were criticized for resorting to “irreversible fact” about the settlements and the highways. Why did you give up hope?

A: I did speak of the irreversible fact of 700,000 settlers, not to mention 7 million Jews in the rest of historic Palestine.

I did not give up hope, but I saw the need to come to terms with it, not by giving up 78% of historic Palestine and sharing the occupied territories with the settlers, but in thinking in new terms, out of the box, where we share all of Palestine, in a new formula that bring in the diaspora, the refugees, through the Right of Return, as well as the Palestinians of the Inside, who are marginalized within the Israeli society, as well as the Gazans, into one unified state shared by all Palestinians as well as Jewish Israelis.

I feel this is a more radical and audacious vision of hope, rather than despair and abandonment of ideals.

Q: Do you really expect this to happen (You said it in 2016, at a New York City synagogue in 2016: “Those who want a Jewish state and a place of safety and security, as well as the Palestinian Arabs who want a place where they can live in security and dignity.”)

A: I do not expect this to happen easily or quickly.  It is a vision to fight and struggle towards, but with new and courageous thinking.

As I said in my book, the powerful and privileged do not easily accept “Equality”, or abandon their privileges -- unless they are forced by internal and external forces to do so.

Q: If the one-state solution became a fact, don’t you think the Israelis won’t be satisfied, and would go to the next stage: “Min Al-forat ila Al-Neel” (from the Euphrates to the Nile)?

A: The Israeli Zionist maximalist demands have been limited geographically.  I doubt they can expand beyond their present borders.

If my vision of “Equality” in the one-state solution ever becomes a defining feature of the reality on the ground, they will wish they had limited themselves to the 1967 borders. That is because “Equality” would further dilute and endanger their quest for a dominant Jewish state in any part of the Middle East.

Q: You are not the only one who changed his mind; “J Street,” the powerful liberal Washington Jewish lobbying group, also did. Is that good or bad?

A: “J street” changed its mind, not because it favors “Equality,” but because the current situation is no longer tenable.

A two- state solution can only exist if the settlements are limited or rolled back.  When that became impossible, they had to contend with the reality that a new solution is necessary.

Q: Also, Henry Siegman, former director of the American Jewish Congress, and an advocate of a two-state solution, has changed his mind. Is that good or bad?

A:  I will not comment on Henry Siegman's views.

My point is that the Israelis, at the present time, fully control all of historic Palestine.

And while pretending to favor a two-state solution, they have actively undermined it. They have used the Palestinian Authority and the false hope, actually deception, of a Palestinian state about to be created, to avoid their responsibilities while effectively staying in power in all of Palestine.

One of the best examples of this is their behavior during the current Coronavirus epidemic. They continue to control all of historic Palestine, and legislate, through military orders, over 50 laws in the West Bank and Gaza. But, when they vaccinated themselves against Covid 19, they claimed that the Oslo Agreement and the mirage of the two-state solution exonerates them from responsibility to vaccinate or treat the Palestinians in the West Bank and Gaza.

It is this facade that I wish to attack when I called for a one-state reality.

I am calling for all the residents, Israelis and Palestinians, to have the same and equal rights.

If you think the Americans, or Israelis, are eager to see this happen, you are mistaken.  That is why they need a two-state language, while the reality on the ground is a one-state Apartheid regime.

I am calling for a one-state of “Equality”.