Pro-Kurdish Peoples' Democratic Party's (HDP) Turkish MP Omer Faruk Gergerlioglu, who was expelled from the parliament earlier this month, holds a press conference on March 31, 2021 at the party's headquarters in the Turkish capital, Ankara. (Getty)

Turkey’s Constitutional Court has sent back to the prosecutor, an indictment calling for the pro-Kurdish Peoples’ Democratic Party (HDP) to be banned. It ruled that the indictment had procedural omissions and returned it to the Court of Cassation.

A top prosecutor filed the lawsuit earlier this month demanding a ban on the HDP, parliament’s third-largest party, for alleged ties to Kurdish armed groups, as well as a political ban on many party members.

President Recep Tayyip Erdogan’s Justice and Development Party (AKP) and its far-right ally the Nationalist Movement Party (MHP) have been calling for banning the HDP activities and accused it of ties to the Kurdistan Workers’ Party (PKK), which is designated a terrorist group by Turkey and other international parties. The HDP leaders, however, deny these accusations.

They have repeatedly argued that “The evidence on which authorities rely to establish our relationship with the PKK are 22-year old pictures that brought us together with the PKK jailed leader, Abdullah Ocalan, when we were mediators in the negotiations between the Kurdish leader and Ankara.” They assert that these photos and visits were taken years ago and with the approval of Turkish security authorities, noting that they should not be taken as evidence of the party’s alleged links with the outlawed PKK. 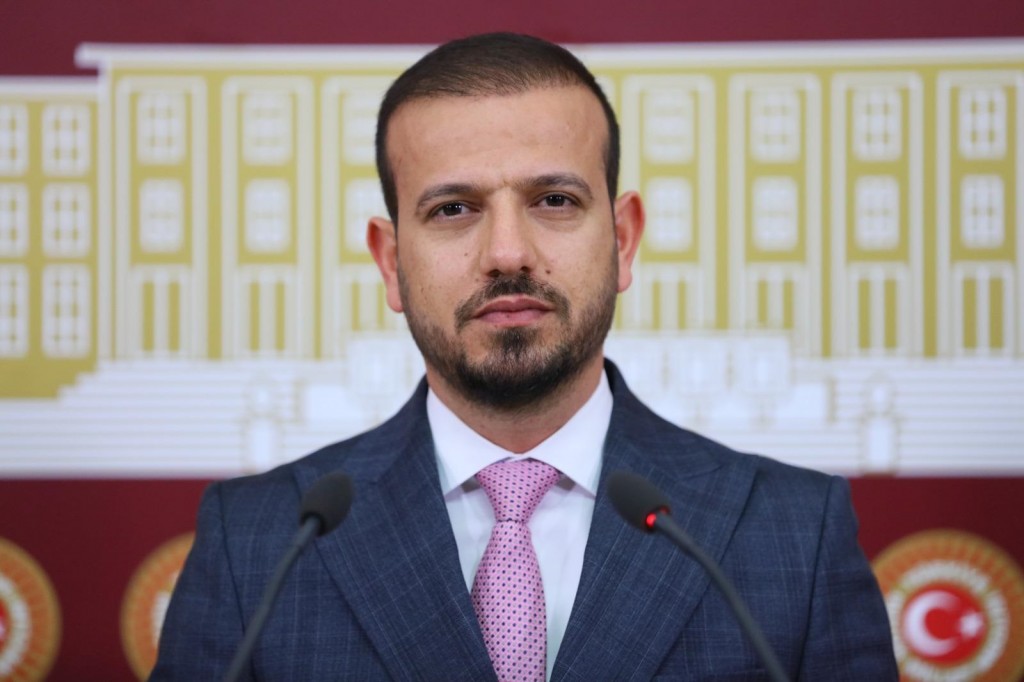 HDP MP Hüseyin Kaçmaz stressed that the party’s strategy had overthrown the AKP, which prompted it to launch deliberate security campaigns against its members. The ruling party detained HDP members and stripped them of their parliamentary seats and municipality posts they had won, in addition to its continuous attempts to shut down the party.

The party managed to win 80 seats in the June 2015 parliamentary elections, Hüseyin Kaçmaz told Majalla, surpassing the AKP’s parliamentary majority. In the 2019 elections, Kaçmaz said the HDP was the reason behind the ruling party’s loss of the country’s major municipalities, such as Ankara, Istanbul, Antalya, Mersin and others. Therefore, “the AKP is trying to get rid of us before any future elections to avoid a possible defeat.”

Turkey’s opposition parties couldn’t have won in the municipal elections then without the HDP’s support for their candidates, he noted. As a result, the AKP was intimidated, especially after its candidate lost Istanbul’s municipal elections for the HDP-backed opposition Republican People’s Party’s (CHP) candidate. “This loss represented a blow to the ruling party, which always maintained that whoever rules Istanbul, ruled Turkey.”

One of the main reasons behind the ruling coalition’s demands to ban the HDP activities is the latter’s contribution to its loss in local elections, Kaçmaz said. In short, the AKP and the MHP realize that the HDP will be the reason behind their defeat in any future elections.

The MP, however, ruled out the success of this decision, especially since several Turkish parties have rejected it, albeit timidly.

The CHP, which is the main opposition party in Turkey, recognizes the HDP’s contribution to its victory in the 2019 elections. Istanbul Mayor Ekrem Imamoglu thanked the pro-Kurdish party’s voters after winning the Istanbul municipal elections twice in a row after the ruling party insisted on a re-run of the poll in June 2019.

In this regard, Kaçmaz said the HDP has prevented the ruling party from taking over the control more comprehensively. “We have solutions to Turkey’s various problems, including the Kurdish issue,” he affirmed, adding that for this reason the ruling coalition seeks to ban its activities, especially as it needs more than 50% of the votes to win in the next presidential elections.”

Kaçmaz further affirmed that regardless of the pressure exerted on the HDP, it will participate in all upcoming elections. He pointed out that the pro-Kurdish party has alternatives that would allow it to do so, even indicating the possibility of forming another party under a new name.

The HDP is a pluralist Turkish party and is known as the pro-Kurdish party because it advocates for a peaceful solution to the Kurdish issue in the country. It has provided many opportunities for political participation for other minorities in the country, such as the Armenians, Arabs, Assyrians and others. It is currently co-chaired by the Turkish professor of public and constitutional law, Mithat Sancar.

The party follows the principle of the “co-presidency” to ensure gender equality. It always has two presidents, a man and a woman.

In late March, a top prosecutor filed the lawsuit demanding a ban on the HDP. The move had occurred on the same day that authorities stripped prominent HDP legislator and human rights activist Omer Faruk Gergerlioglu of his parliamentary seat.

The United States and the European Union have condemned the Turkish authorities’ demands to shut down the pro-Kurdish party. Although the Constitutional Court sent back the indictment to the prosecutor, this does not rule out the party’s closure anytime later.

HDP leaders have repeatedly confirmed that they will form a new party if the activities of their current party are banned, which means that the ruling party will not get rid of the obstacle hindering its way to victory in any upcoming elections.

According to HDP officials, the Constitutional Court will take several months before issuing a final verdict. They pointed out the pro-Kurdish party has the following and votes of 10 to 12.5% of the total number of voters in the country.

In case the Court decides to ban its activities, the HDP may also object to its decision and resort to appealing to the European Court of Human Rights, which would delay the verdict’s being brought into force.