There’s a New Kind of Pollution to be Worried About 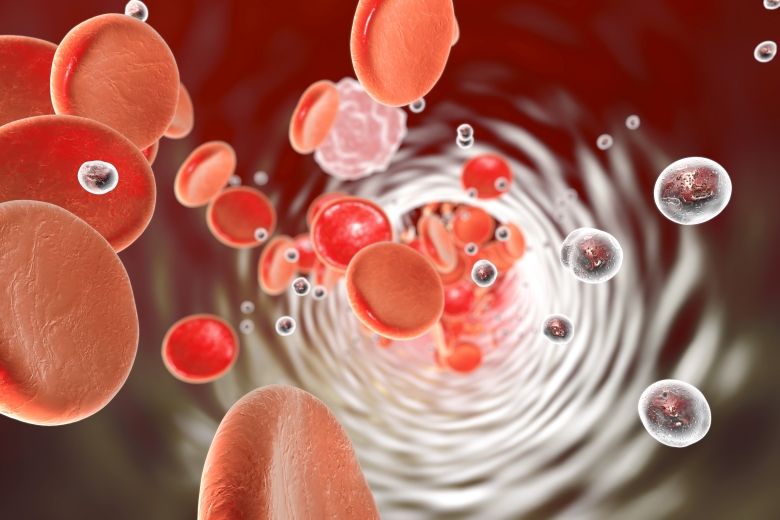 Nanotechnology is spurring a new industrial revolution. The process of engineering materials on an incredibly small scale (a human hair is about 80,000 nanometers wide) has led to advancements in everything from electronics to paint to cosmetics to clothes. But their small size also poses a threat as a new type of pollution: nanomaterials can easily end up in the environment, get into living organisms, and make their way through the food chain, new research shows.

In a paper published in the journal Nature Communications, researchers traced nanomaterials, which can vary from 1 to 100 nanometers in size, through the food chain, beginning by identifying nanomaterials in algae, and then following those materials as they moved into zooplankton that ate the algae, and then fish that ate the zooplankton. At each step, the nanoparticles changed size and shape and spread throughout the organism’s body, penetrating cells and entering organs. In the fish, the nanoparticles accumulated in the brain.

Fazel A. Monikh, lead author and researcher at the University of Eastern Finland, isn’t exactly sure why those nanoparticles are piling up in the fish’s brain, but he says it’s concerning, especially because these nanomaterials often aren’t listed as ingredients, or you may be unaware a product has them. “There is no labeling because we don’t have a definition for nanomaterials to give to policy makers to enforce some regulations,” he says.

These nanomaterials that made their way into the food chain are different from microplastics, pieces less than five millimeters in length, and nanoplastics, even smaller fragments less than 0.001 millimeter. That sort of pollution occurs when plastic enters an environment and degrades into smaller and smaller pieces. Nanomaterials, though, are items that humans engineer to be that small carbon nanotubes that are stronger than steel but lighter than aluminum, used in touch screens and solar cells; nanoparticles of titanium dioxide used in sunscreen to help the product blend into our skin.

Regulating nanoparticles is difficult because there’s not yet a test strong enough to find them at scale. Measuring the presence of nanoparticles by mass, like we do to detect chemicals, isn’t enough, because it doesn’t take their physical makeup and structure into account. For his research, Monikh developed a method to isolate and extract the nanoparticles from the organisms’ tissue, which allowed the researchers to count and measure each piece of nanomaterial.

Companies are rushing to incorporate this technology into their products, but there hasn’t been a complete understanding of their risk. “So far whatever we have with regulation [is] all for chemicals, but now we are dealing with something new,” Monikh says. “This material has shape, size, physical boundaries, different things accumulate on it, in it. The existing protocol doesn’t have an answer for such materials, because the protocols are for chemicals and chemicals are uniform.”

More work will be needed to understand what potential harm, if any, the material, pose. Next he and his team will be looking further into why and how these particles accumulate in fish brains, and what effects they might have. He’s hoping policymakers take up this issue, too, and start regulating the use of nanomaterials, especially as we wait to learn more about them. “We cannot stop this new revolution, we can never fight companies, but what we can do is to design safe nanomaterials, because if we know what are the effects, we can design them to be safe,” he says. “We have to tell [companies]: ‘Do not rush, just hold on. Let’s see what is the risk.’”

This article was originally published in the Fast Company.